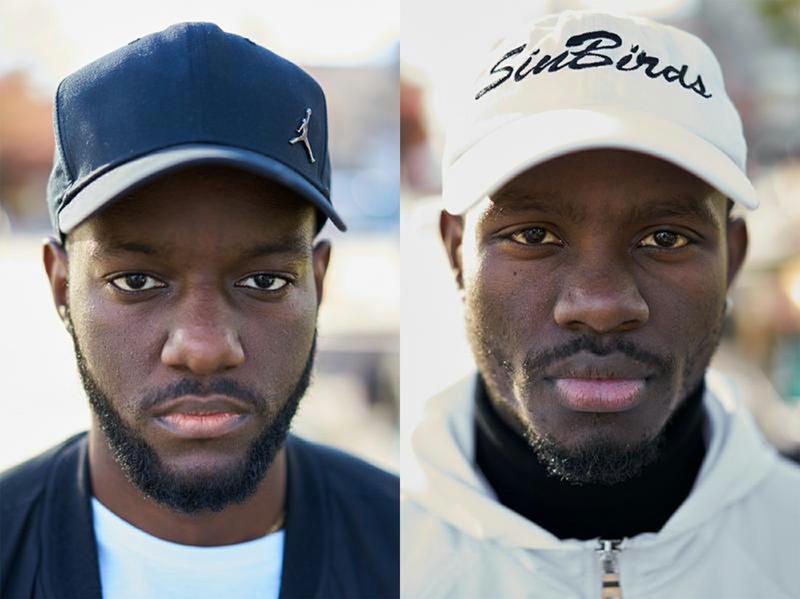 On the left, Serge Biriteye. On the right, Clement Rugwiro. Iyanu Owolabi

Sin-Birds is UBC’s premier Afrobeats dance troupe. Watching a performance is mesmerizing. The duo takes an obvious delight in dance and perfect synchronization, and they top it all off (literally) with snazzy hats.

Third-year Kenyan students Serge Biriteye and Clement Rugwiro — Sin-Birds’s two members — met at a Caribbean-African Association event. When the event’s music started and dancers took to the floor, Rugwiro said he was immediately impressed by Biriteye.

As it turned out, Biriteye and Rugwiro were “both passionate about raising issues about diversity and bringing a cultural aspect to the music and dance community on campus.”

So, they decided to try something.

With rehearsals three times a week and collaborations with other dance troupes and performers across Vancouver, “something” turned into a vivacious community in its own right.

The troupe’s name — Sin-Birds — is a portmanteau of the Arabian Nights character, Sinbad the Sailor, and the “birds” suffix from UBC’s Thunderbirds — a name choice that mirrors the duo’s dedication to a local dance community with international inspirations.

The duo admire the French dance team Les Twins and the up-and-coming Bam Martin of Kinjaz for how both groups lean into their music and draw newness from it. Accordingly, Sin-Birds emphasizes originality in their own dance as well.

“It’s not just about doing formations and blocking and getting a dance out,” said Rugwiro. “It’s more about interpreting a song.”

One of their goals, he explained, is that an audience will get not just entertainment from watching a Sin-Birds performance, but also ponder the duo’s larger values of diversity and cultural exchange.

In a societal and cultural moment that can often feel fraught with anger and hatred, Sin-Birds chooses, instead, to have “a bonding session, [all about how] we can find common ground.”

“That’s what we’re striving to get to,” said Rugwiro.

The group also gives lessons, which Biriteye said gave him a new perspective on the composition of dance.

“Initially it was tough to try to break it down because these were moves that sometimes we hadn’t ever broken down ourselves,” he explained. But returning to the basics, he realized, made him reflect critically on his own creative practice.

Between choreographing, performing, teaching and adapting others’ choreography, the pair is well on their way to growing an image that transcends dance. Sin-Birds also plans to launch a fashion blog to further explore dance’s visual beauty.

Sin-Birds strives to help enrich the dance community on campus and in Vancouver at large by promoting cultural exploration and diversity.

“I feel like once you give people an opportunity to just sit down and think it through, it’s very easy for people to connect to [one another’s] cultures,” said Biriteye.

As a seasoned practitioner of different styles of dance — including waltzing with UBC Dance Club — Biriteye noted, “It’s always interesting how different cultures will take on the same kind of dance style.”

Rugwiro agreed, adding that “appreciating our differences is something we hold dear.”

In this search for common ground, Sin-Birds has worked with multiple clubs and individuals on campus, including Rappers Without Borders UBC, bhangra and belly dancers. This exploration of other cultures via dance strengthens Sin-Birds’s interest in their own culture.

Both dancers came to UBC for the academics, but, as Biriteye put it, “stayed for the dance.”

In celebration of their upcoming one-year anniversary, Sin-Birds will hold several projects and performances this month, some of which will be viewable on their Facebook page.