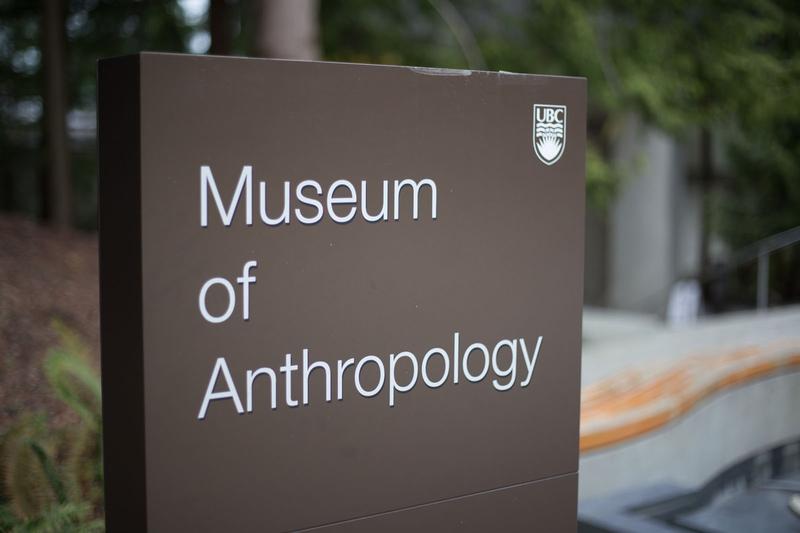 The sold-out crowd consisted of people from all over Vancouver. File Cherihan Hassun

On February 7, the Haida House at the Museum of Anthropology (MOA) was filled with music and culture as the venue welcomed the first performance of Sound House.

Around the back of MOA, the warm smell of burning wood logs pampered our noses in the midst of the winter cold. As the attendees arrived, some gathered around the fire with a hot beverage and cozied up, as the speakers provided a sneak peak of the night was to bring. Even the soundcheck made the place vibrate.

A part of the Haida Village outside, the Haida House is a fully wooden artefact. Created by artists Bill Reid and Doug Cranmer, it is one of the largest objects at the museum. Inside the evening’s venue, the bands settled in and allowed space for spectators to stand up and move to the beats of the music.

“The Haida House has always been a place for sharing and celebrating art and culture. It’s not an artefact to leave untouched, but it is meant to really engage us in its artistic use as the Haida people have for so long,” said David Ontaneda, a fifth-year UBC student who was swaying to the music until the very end of the night.

Before the show started, MOA’s new public programming curator Marie Wustner acknowledged our presence in Musqueam territory and welcomed us all to the event. Olivia Shaw and Julia Farry, who both work at MOA and were also key contributors to Sound House, also expressed their love for the bands.

The sold-out crowd consisted of people from all over Vancouver. From families with young children to students, MOA members and holiday visitors, the event was not to be missed. Everyone was pumped up to dance at the energetic Zimbabwean marimbas of Kutapira and the funky bright brass of Camaro 67.

The night got started with Kutapira and their energetic percussion ensemble. Mixing folk, pop, reggae and salsa motifs, the fusion of Latin American and African influences brought their performance to life, engaging the crowd from the first song. It was almost impossible to sit down as the woody marimbas resounded around the room. They mentioned that the band’s name, Kutapira, “means ‘sweetness’ in the Shona language of Zimbabwe.” Their performance was definitely a treat.

Up next was Camaro 67 and their groovy sounds, funky guitars and brass instruments. Like Kutapira, this Vancouver-based band gave it their all on stage. Also incorporating Afrobeat instruments alongside the vibrancy of the brass sounds prevalent in funk, the band members invited the audience to “come closer” to experience what they call a “heavy-funk experience.”

Sound House has announced three more dates for the series. Wustner encouraged the audience to look out for the International Women’s Day-related event on March 7, which will feature female singers and break dancers. They may even have the opportunity to perform in a bigger venue: MOA’s Great Hall, with a 400-people capacity.

The other two concerts will be April 4 and May 2, with even more surprises to show. Hopefully by this time the weather will be milder, as a member of Kutapira said, “Marimbas don’t like the cold."