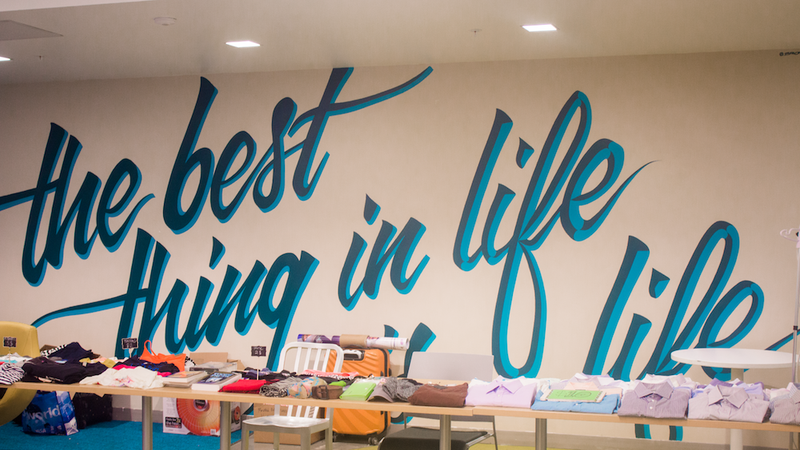 The various murals painted on the walls are thanks to the collaborative effort of artists Tierney Milne and Brother Jopa. Shamir Rahman

When you walk into the Student Life Building, the words “Make ‘Em Look” emblazoned on the walls immediately catch your eye. The various murals painted on the walls are thanks to the collaborative effort of artists Tierney Milne and Brother Jopa. The two had collaborated previously on other projects, and were commissioned by UBC to paint the murals over the summer.

Milne, a former digital artist and now a mural artist, was once a student at UBC. Her time at the school influenced her vision of the murals.

“... I was really trying to make something that wouldn’t be too heavy. That wouldn’t really weigh down on you," explained Milne. "I want [the murals] to be a positive impact on [students'] day and their psyche. I hope that by using some [minimalist] forms, it kind of invites that into people’s minds.”

Besides the “Make Them Look” mural, there is another that says, “The best thing in life is life” as well as a few murals that consist solely of abstract shapes.

Another mural by Tiffany Quon featured the phrase "This just might work." 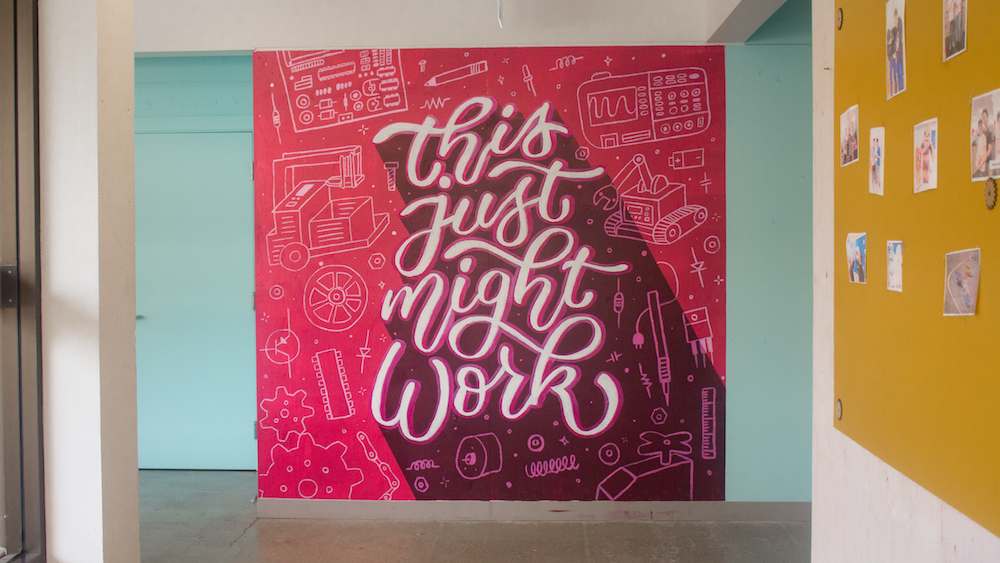 As of September, only four of the seven planned murals were up. The remaining three will be painted in October.

Correction: The article previously attributed the "This just might work" mural to Tierney Milne and Brother Jopa, when it was actually painted by Tiffany Quon. The Ubyssey regrets this error.

This article was updated on May 31, 2019 to correct that the murals were commissioned by UBC rather than the AMS.