My name is Jack and I’m a hypebeast. When I’m walking down the street and see a guy in a pair of Yeezys or Balenciaga sneakers, my heart skips a beat. I can’t help it. I’ve spent an embarrassing amount of money — the reason I’m eating instant ramen for dinner tonight — on grey hoodies and baseball caps with little “Supreme” logos. I wasn't always this way; bootcut jeans and Minecraft t-shirts once took majority stake in my closet.

Then in 2011, Tyler, The Creator bounced onto the stage to accept a Best New Artist VMA wearing a leopard print Supreme cap. Living tucked away in Whistler, I didn't see photos of this until 2013 when I took to google and fell in love. The clothing was loud, in your face, expensive and didn't give a shit whether or not you bought it. And bought it I did, because I was young, cash rich and still living with my parents.

Just like Odd Future, Supreme is appealing because you can find a community there, conversing with head nods when you see that guy in the 2008 Satin Coaches Jacket. When the clothes started selling out in a matter of seconds online, the hunt became an integral part of Supreme. Ebay and subreddits like /r/supremeclothing were the stomping ground for trawling for deals on a deadstock Thunderbird jersey or Schminx jacket.

So what happens when a few entrepreneurs decide to do all the hunting for you, and open up a popup? Heat Vault and #NOTFORSALE sought to answer that question last weekend. I went on the first night, where tickets were $100. One. Hundred. Dollars. For the privilege to spend even more money. But hey, the ticket came with a sticker and a beer, right? 150 tickets were sold that night, with $15 GA (general admission) tickets released for the next day — I’ll let you do the math. 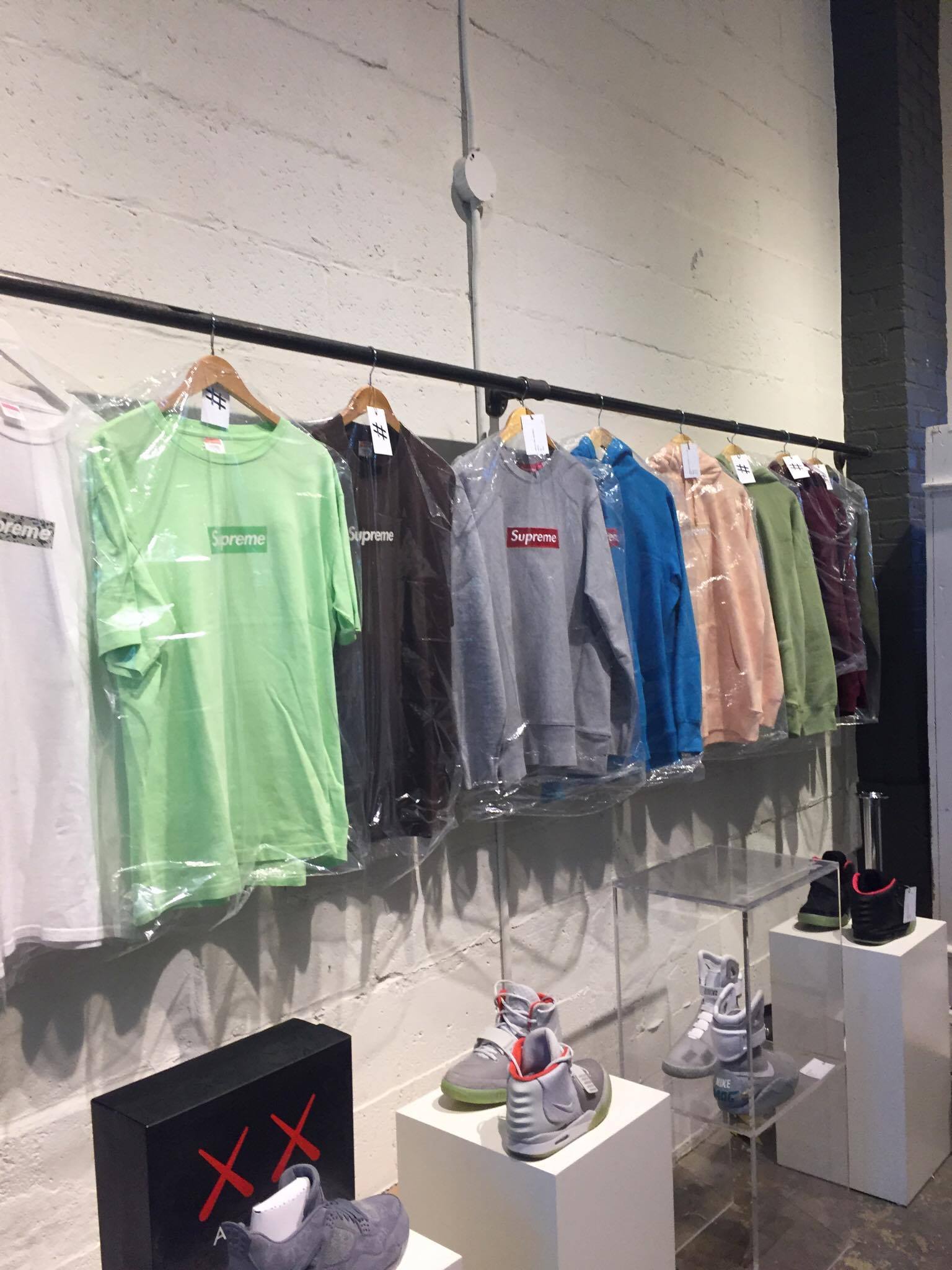 I waited around the back with the friends and family – people lucky enough to know staff – who had been granted the privilege of shopping earlier than VIPs.

The second I stepped over the velvet rope and inside the store, all my worst hypebeast tendencies came out. Every t-shirt, every jacket, every hoodie I’d ever stared at on the Hypebeast forums was hanging there on racks — and they cost racks too. The cheapest thing in the store was a red pocket tee with a fraying neckline: $75.

The prices skyrocketed from there, the most expensive t-shirt was a purple Dipset tee (or as a kid outside called it “The one with the two rappers”) that went for $1400. Keep in mind that this t-shirt is 11 years old. Some couldn't handle these prices. I left after a few minutes, worried that I’d slip up and buy a $4,000 North Face jacket I’d been eyeing. In the back, people seethed, expecting retail prices and finding resell. 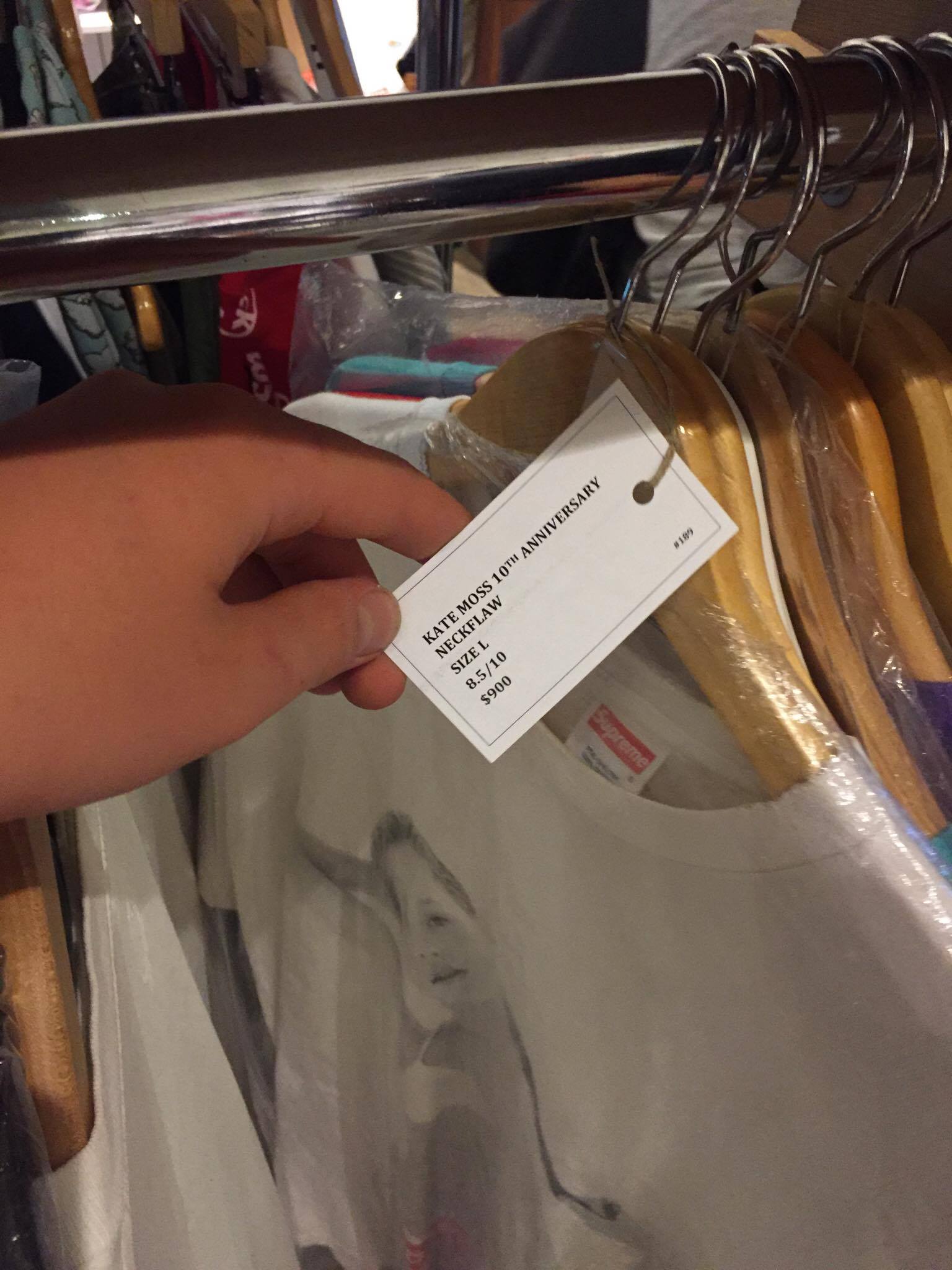 “I bought a fucking hundred dollar sticker” said one man wearing a CdG PLAY t-shirt. I couldn't take it anymore, so I popped out the back exit and looped around to look at the lineup. Looking down the lineup it was clear that the event catered to a largely Asian demographic. Mixed in with everyone were a few kids who had scrounged together what cash they had to afford a VIP ticket, hoping to pick up a t-shirt for retail. Or maybe they were from West Vancouver and money wasn’t an object, who am I to say.

On the way home I felt physically ill. Maybe it’s the communist arts student in me, but that kind of capitalism run wild made me pray for someone to finally seize the means of production. How much could I have got for the sweaty hat I was wearing? Friends don't let friends buy $900 t-shirts.