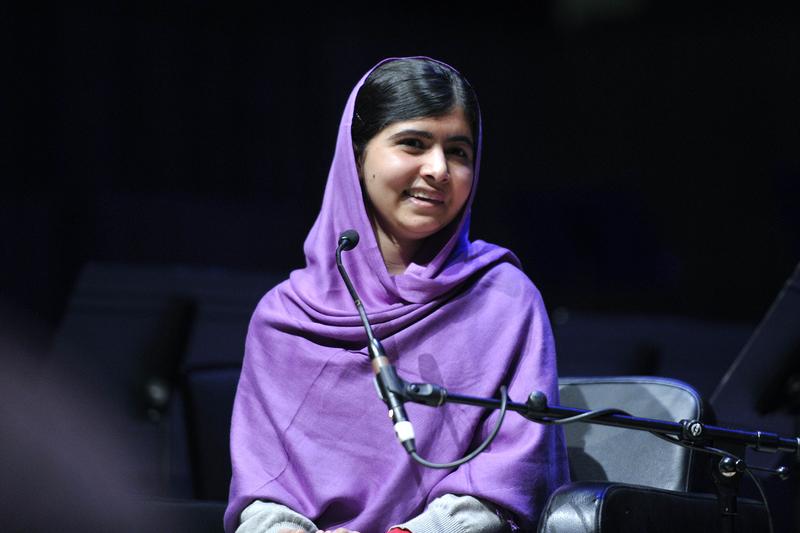 Malala Yousafzai is an inspiration to many, especially young girls, for her unwavering bravery to stand up for her beliefs and intense desire to change the world.

The youngest Nobel laureate in the world has become an exemplary advocate of girls’ education not only in her nation of Pakistan, but worldwide. Her life and achievements have been documented in multiple forms, one of them being a documentary called He Named Me Malala. This documentary is a raw portrayal of the young activist — her life as a child in Pakistan and her incredible story of survival and victory. On January 12, representatives of The Citizens Foundation (TCF), Laila Jafri, Amna Hyder, along with other executives of the club organized a screening of the documentary.

TCF is a non-profit organization, known to be placed among the top few by the United Nations Charity Watch, that builds schools for underprivileged youth in Pakistan. In a country with one of the biggest literacy problems in the world, TCF schools and staff reach out to students beyond the school gates. They have become a part of the community, trusted by its people and has helped convince more parents to send their children to school. TCF schools always try to maintain at least a 50 per cent female enrolment rate and provide employment opportunities by having a 100 per cent female staff. In communities that lack it the most, TCF schools provide a safe and secure schooling environment.

Jafri and Hyder both agree that, as a representative club here at UBC, their job is more so to raise awareness. Although there are many pressing issues that demand our attention in the world today, the problem of girls’ education is one that cannot be ignored. Education is so important because it teaches us to question, form our own opinions and not just blindly follow what we might be told.

“He Named Me Malala is a poignant and inspiring movie, but at the same time comforting to watch. It paints a beautiful and nostalgic picture of Pakistan as seen by Malala,” said Jafri.

Malala's story is one of victory because she does not hold any hatred for her attackers, but instead uses her experience to try and improve the lives of countless others like her. Viewers of the documentary find themselves relating to Malala because, even after everything she has been through, she is a very normal girl. The documentary has been reviewed by the Wall Street Journal to be “a surprisingly bright-spirited and moving portrait of Malala.”

Proceeds from ticket sales of the screening are being used to fund children’s education in TCF schools. It takes only $15 to support one child for a month in a TCF school and $175 for a full year.

“Our goal is to be able to support at least 4 students in TCF schools this term with the proceeds earned from our events,” said Jafri. From just this past screening itself, TCF @ UBC has raised $200 from ticket sales plus donation pledges, which helps fund more than one student’s education for an entire year. Moreover, TCF @ UBC is also organizing a second screening of the documentary on Tuesday January 19.