Review: The 100 Year Trek is a story of apathy and increased tolerance 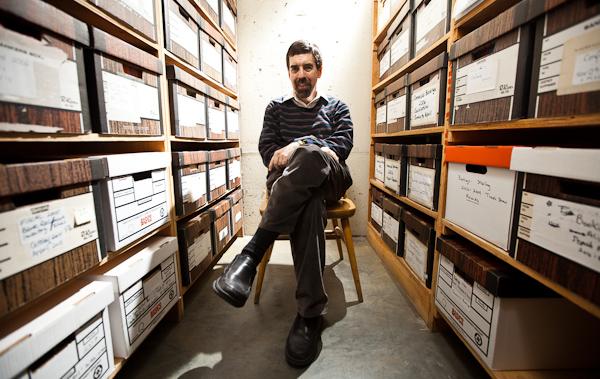 Today, UBC is home to over 60,000 students, a number that is still growing significantly every year. But the campus that we know now is far from what it was 100 years ago, when a small group of students and professors were laying the foundation for what the university would later become. It is this that AMS Archivist Sheldon Goldfarb tries to highlight in his new book The 100 Year Trek. The work takes its readers through the last 100 years of UBC in a year-by-year, play-by-play narrative that also acts as a guided historical insight into the life of a UBC student.

During the launch of the book on December 4 — which was well attended by former AMS representatives and alumni — the discussion led by former Ubyssey Coordinating Editor Justin McElroy focused on the student apathy of today in comparison with the protesting and activism of the past.

Nestor Korchinsky, a member of UBC Sports Hall of Fame and the creator of the Day of the Longboat, complained about the divisiveness on campus, giving the lack of housing on campus as an example.

While the event was well organized, it also pandered to its main guests and ideal readership — its alumni.

The book’s primary source is past editions of The Ubyssey and this is where it runs into the most trouble, as its focus rests firmly on the decisions of the AMS and its members’ livelihoods. While there is no feasible way to recount UBC’s history without these materials, its reliance on The Ubyssey is incredibly noticeable, and as a result — while it is easy to know how students who were part of the paper or part of the AMS felt in 1940 — it is hard to know how the average, less-involved student felt. This is not to say that the AMS was not the greatest enactor of change or that The Ubyssey did not reflect student opinion in some regards, but these two associations were far from the be all and end all at UBC and Goldfarb does little to amend this.

Similarly, its year-by-year take, through insightful, becomes tedious, especially towards the latter years when even Goldfarb’s writing becomes lethargic. At the beginning of the book there are few lists and plenty of jokes, but towards the end, the reader is met with a series of lists which becomes disheartening to get through. Goldfarb might have used lists in these parts because more happened in a short space of time throughout the latter decades. However, it would have felt less rushed if he had focused on a few key moments rather than trying to fit in everything the AMS achieved.

The biggest theme in the book is student apathy and how it is juxtaposed with student activism. The book spends a lot of its page count detailing the exploits of its former students, dedicating pages to pranks and scandal.

The book also makes it clear that despite its incessant reminiscing for student involvement of the past, UBC’s disturbing history of racism, sexism and torture undermines this nostalgia. For example, there were the student chants during the earlier years of UBC, in which people would yell “pseudo-Indigenous terms.” These were led by yell leaders and at some points “yell kings” — not engaging in these yells was seen to be apathetic.

Similarly, first years were often excluded, being forced to wear green caps and green bands to show that they were freshmen. These students would go through tortuous initiations which, in the past, consisted of electrocutions and bleach. Although this was interesting to read — and some antics, especially those carried out by the engineers, were incredibly humorous — it does drum up some concern for what is being highlighted as the glory days.

Even in more recent decades, people of colour were forbidden from joining fraternities, with sororities choosing not to send out applications to Asian students who they did not want to join. This is not to say that UBC is free of all types of bigotry today, but it certainly isn’t celebrated under the guise of “school spirit.”

A quote mentioned in passing during the book launch and in the early pages came from former UBC President Norman Mackenzie that “No university owes as much to its university than the University of British Columbia.”

Reading about the successes of past students against the administration is by far the best part of the book. Whether this was how students would often raise their own AMS fees to ensure buildings, such as the Swimming Pool, Brock Hall and the Old SUB, were built or taking a stand against apartheid, past students are very much to thank for the university we have today.

Luckily Goldfarb realizes this, which is why he named his history “The Great Trek” in reference to the en masse student pilgrimage from UBC’s temporary campus in Fairview, Vancouver to the campus we know today.

Goldfarb’s most potent point in the book is that despite the 100 year gap between UBC's first students and those of today, student’s struggles are still essentially the same. Issues with housing, tuition and anger at the apparent “war on partying” are the issues of every UBC generation, even in the midst of numerous wars and post 9-11 trauma. In this way, Goldfarb forms a UBC identity, in a desperate effort to bring back something we have apparently lost.