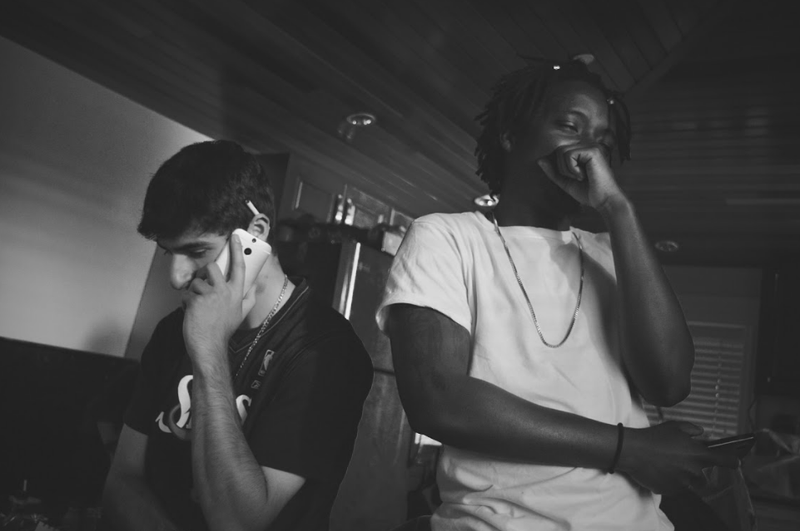 When Shawry was attending high school in Nairobi, Kenya, he and three other friends decided to form The Afrolution, a rap collective named after a combination of “African” and “revolution.” But according to Shawry, whose real name is Eric Cauri, The Afrolution is not just about the music — it’s also a movement.

“Not only were we into music, but we were just into the idea of just doing something revolutionary,” he said. “And the best tool for revolution is definitely music.”

Fast forward to 2018, The Afrolution has released three mixtapes, curated a prolific SoundCloud page and performed at numerous events throughout UBC, including Band Last Standing, AMS Events’s annual music competition in the Pit.

“I was like, ‘Damn, you can actually make your own beats?’ I fell in love with that idea because I listen to songs and I’m like ‘I wish i was that artist, I wish I made that song,’ or ‘I wish I made that beat,’” said Shawry.

“So we just started working together [and] he taught me what he knew. We used to make beats together, competing together, and that’s where like The Afrolution started — just backyard freestyling.”

Shawry then began rapping over his own beats, and was a natural. When he moved to UBC to study mining engineering, he took the concept of The Afrolution with him.

Within UBC’s music community, he has met a large number of musicians willing to collaborate with him and push his sound in different directions. Since the Afrolution is a collective project, this means that anyone Shawry performs with is essentially, for a moment, part of The Afrolution.

“When I came here, I found like-minded artists from Canada, from China, from Iran. So I get together with friends, and when we perform together, we just go as The Afrolution. So it’s really not about a single identity but more like the collective idea.”

In terms of what influences his music, Shawry listed not only personal influences but also socio-political ones, which give The Afrolution its political bent.

He also listed J. Cole, another producer and rapper, as his greatest musical influence.

“From personal life experiences, there’s so much that I relate to from him. When I was going through the worst parts of my life, that’s when I started listening to J. Cole and it just lifted up my spirits.”

Though he has released plenty of music and performed at different venues, Shawry listed his greatest achievement as the fact that people — whether they’re people he knows or people he has no mutual friends with on Facebook — reach out to him in support of The Afrolution and the music he makes.

“Even when I’m just walking down UBC, they’re like ‘Hey man, you’re The Afrolution.’ And I’m like ‘Yeah, I’m Eric Cauri.’ I’m not gonna get into what The Afrolution’s about, but they’ve heard the music and they like it. That’s honestly my greatest achievement.