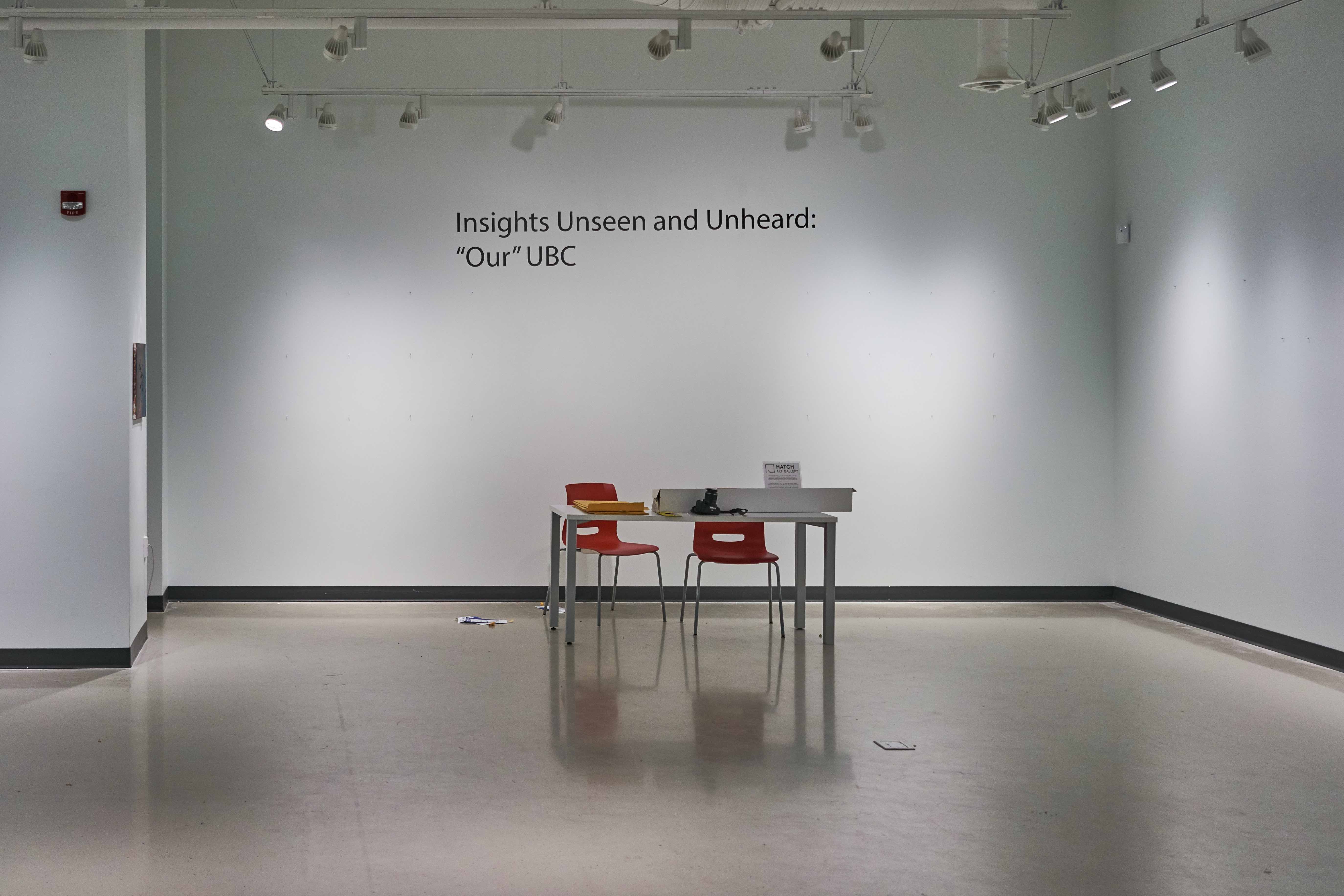 Hatch gallery is unrelentingly mediocre, but so is the UBC photography scene

Let’s talk about the Hatch.

At least it hasn’t changed names multiple times or closed down, so it’s doing better than most AMS organizations in the Nest. But much like their food outlets, it manages to serve up a dazzlingly monotonous array of bland, uninteresting items. If you’re like me you’ve managed to walk by their space multiple times each week without really noticing their exhibitions.

To quote one of my associates “It looks like they printed a bunch of someone’s iPhone photos and hung them up.”

So, where are they going off the rails?

For starters, the print quality is atrocious. You might be tempted to write this off as lo-fi aesthetic, but you’d be wrong. It’s even more important to keep the printing quality high when the work isn’t technically impeccable — whether you want to call it lo-fi, areh-bureh-bokeh, or lomography — because it proves that the author made a deliberate choice and not a technical mistake.

In the Hatch, I couldn’t tell if the photos of Nitobe by J.N. Tse were low resolution and blown out because of the printer’s incompetence or the artist’s choice. With the door open to questioning intent versus accident, I couldn’t be sure why one of the other pieces (a staircase with a blue railing by L. Bulk) was upside down.

Takuma Nakahira was quite insistent on exceedingly high print quality even when working with Daido Moriyama, one of the godfathers of a rough, grainy, aesthetic and the curators of The Hatch should take note of that.

There’s also the title, Our UBC: Insights unseen & unheard which suggests the exhibition is focused on something new, something being revealed. It isn’t. There are familiar views of campus shown in mediocre, repetitive and almost anonymous slices. We’re all familiar with the blue construction fences and the Nitobe garden and even the shitty corporate art plaque with a poem about walking alone that Elizabeth Guan included in one of their images.

By the way, including a poem about walking alone in a photo with a single figure has to be about the height of cliched, on-the-nose photography.

The works presented lack authorial voice and blur together easily, only adding up to banal fragments of an average day arranged on the walls.

Delving deeper into a blow-by-blow of the camera work, the composition and the technical aspects of the images at this point wouldn’t be very engaging and one of my main complaints with The Hatch is that it fails to be engaging. Over the course of their two most recent shows I’ve heard a string of complaints and shade, but I still want to defend the Hatch.

The overall photography scene on this campus hovers somewhere between unrelentingly shit and nonexistent. the Hatch could be a great place to start building one, being the only dedicated gallery for students.

Where is it going wrong?

Essentially, the photo scene on campus is split into camps: you’re either a visual arts student with their nose so far into theory that you haven’t looked through a viewfinder in weeks, a rich kid with three Leicas and a 5d MkVIII bought by daddy (complete with an inability to do anything other than pixel peep), or a newspaper hack that rushes through everything and occasionally sends web files to print (see page 11, October 17 issue of The Ubyssey), or an Instagram goon, etc. and none of us talk. So we all go about our work, continuing to be comfortable, mediocre, incomplete photographers.

The Hatch falls firmly into the first camp and it’s believable that the current show is a part of some conversation that’s unfolding in a visual arts course. While that may be valuable on a theoretical level it sinks the show into a brand of elitism that requires a theoretical knowledge which the average student doesn’t have, making it hard for them to engage at all, much less meaningfully, with the works.

It is important to avoid getting hung up on discussing execution over idea. The interview between Kaneko Ryuichi and Matthew Witkovsky for Steidl’s compilation on Provoke shows how long standing, deep seated and problematic this trope is, especially among photography clubs and students.

However, the execution here is so lacking that it overshadows the lofty intention of presenting a new view on our campus. One might expect something subversive or at least innovative from the show’s title. They would be disappointed. Eduardo Momeñe, an excellent critic, posits that the best photographers are aware of the artistic realities of photography without descending into imitation of other graphic arts and without losing sight of the form’s inherent documentary capacity.

Editor's Note: In a previous version of this article a work was incorrectly attributed to J. Watt when it was, in fact, by Elizabeth Guan.

It is also worth noting that the author of this article overlooked the fact that the works were produced by students with disabilities as part of an exhibition done in collaboration with Access and Diversity. The author has said that within the actual exhibit there was no indication of this (though the curator claims a writeup was available at the front desk). Regardless, the author’s oversight — while showing the merits of online research — also demonstrates a failure on the part of the curator to provide enough readily accessible information about the exhibit. Patrick’s experience shows that there was a strong likelihood that any casual viewer of the show might very well have missed the same crucial information.

I have spoken to Patrick about the content of the review and believe that the substance of the article would not have changed, regardless of the context, because the bulk of his criticism was directed, not at the artists, but at the Hatch’s curators. Given the information he and I both now know, his points seem only more valid.

We, nonetheless, apologize for both errors.