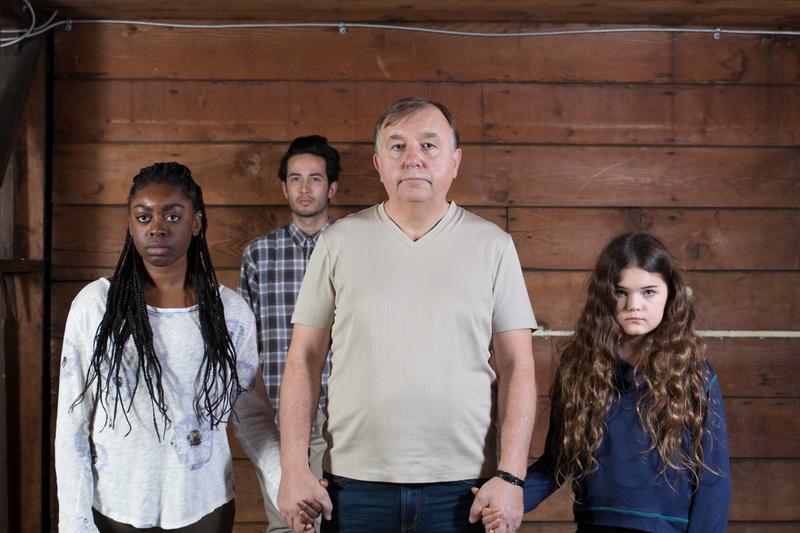 Members of the project range in age from 11 to over 60. Photo courtesy Laramie Club

In 1998, a University of Wyoming student named Matthew Shepard was brutally beaten and left for dead on the hills outside of Laramie Wyoming for being gay. The murder brought attention to various states for having a lack of hate crime laws. A play was written by Moisés Kaufman and the members of the Tectonic Theatre Project as a reaction to the incident, named The Laramie Project.

The play is the story of Matthew Shepard. But even though he will always be central to the story, The Laramie Project is also a story about how we can stand up to bullying, support human rights and reject discrimination.

“We still have people who don't support gay marriage. We have people who look down on a ‘non-traditional lifestyle,’” said Javier Sotres, an actor in The Laramie Project. “I think that we all can learn from Matthew and what happened to him.”

Tomo Suru Players are bringing The Laramie Project to Vancouver and will be showing it from March 30 at Studio 1398 on Granville Island. With the original score written by Vancouver composer Jeremy Hoffman, the performance will bring to life the complex feelings and thoughts victims of hate and discrimination experience.

“This show makes me want to think and engage in a necessary conversation. I think that's the main impact it's had on my life,” said Sotres. “The show made me realize how much we have grown as a society and, at the same time, how much work we still have to do. Just last month, a Pride flag was burnt at UBC and it made me cringe inside because it's been 18 years since The Laramie Project was written and we live in a country that is trying really hard to be welcoming, open and a place that embraces that which is different.”

To spread the content and message of The Laramie Project, youth sponsors have purchased 40 tickets to be donated to young people to watch as the producers and sponsors believe that it is important for the youth to get this opportunity to see the story.

The cast is diverse, including six women and five men. Their ages range from as young as 11 to above 60.

The Laramie Project will be at Studio 1398 on Granville Island March 30 to April 3.