The library is crowdfunding to buy a $25,000 copy of Harry Potter and the Philosopher's Stone 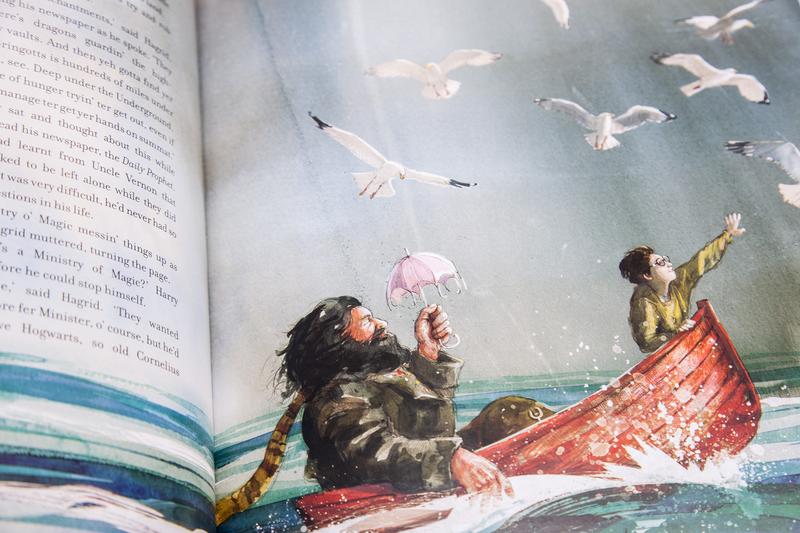 At 1 pm on July 20, a copy of the very first edition of Harry Potter and the Philosopher’s Stone will go to auction in London. The expected price for this rare book – which is one of only 200 of its kind – is somewhere around $25,000.

UBC’s Rare Books and Special Collections (RBSC) department — which contains gems such as a 13th century bible, cuneiform tablets and an impressive collection of Alice in Wonderland books — now wants to bring this copy of Harry Potter home.

Unlike previous rare books, maps and photographs, which the library received through private donations, the Rare Books and Special Collections department is trying to acquire this copy of The Philosopher's Stone by hosting a crowdfunding campaign. Anyone is able to donate, no matter the amount, and every donation is matched by the department.

Chelsea Shriver, Virginia Hong and Katherine Kalsbeek, who work in the department, feel that this fundraising technique is particularly suited to the Harry Potter fandom.

“The spirit of Harry Potter fans to come together in small ways to do something big is part of what this campaign is about,” Shriver said. Quoting SFU professor Hannah McGregor, Shriver also noted that “because the books are about doing good in the world, Harry Potter fans tend to be people who want to contribute to the public good.”

Is Harry Potter worth it?

This particular book will complete the as-yet-unfinished set of first edition Harry Potter books published in the UK, US and Canada, which are all housed at UBC.

As Shriver noted succinctly, “it’s the last book we need.”

Time is of the essence, too.

“This book might be too expensive in the future or there might not be any more copies on the market,” said Kalsbeek, head of the department.

The rare books market is, as Shriver admitted, “weird.” Prices are driven by collectors who, upon acquiring a book, “are not necessarily even going to read the thing.” This underscores the importance of rare books going to public institutions like UBC. “We’re making this available to people in a way it wouldn’t be if it was going to a private collection,” Shriver said.

Instead, the entire collection will be available to the community for free. “Any UBC student can come down to the basement of IKB, where the RBSC is located, and request any of the books and read them for a long as they like,” Shriver said.

Shriver recalled the massive launch parties held at each new publication of a Harry Potter book – a tradition begun in Canada by Kitsilano’s Kidsbooks store. These celebrations were the foundation for the still-strong Harry Potter fandom today. Refer, if you will, to UBC’s Quidditch team.

Interestingly, Harry Potter has even gained ground in academia, where grad students write master's theses and dissertations on the series every year. It is, as Shriver put it, “woven into the fabric of our society.”

It’s fortuitous timing that the auction for this particular book has gone up near Harry Potter’s 20th anniversary and also coincided neatly with the age of those UBC students who were raised alongside the series.

By adding The Philosopher's Stone to the RBSC collection, Shriver, Kalsbeek and Hong hope that it will make the department and the library as a whole feel more special and personalized to students.