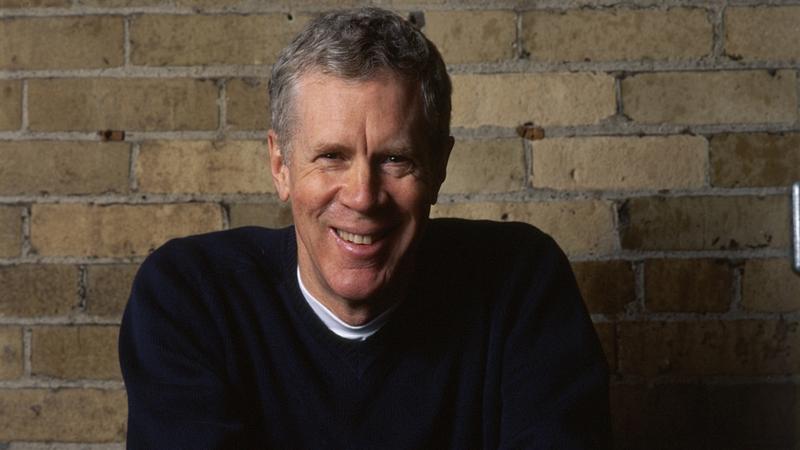 McLean died on February 15 after undergoing treatment for melanoma. He was 68. Ben Flock/CBC

On Wednesday, February 15, Stuart McLean — writer and radio host — passed away after a battle with melanoma, for which he had been undergoing treatment since 2015. Many of us at The Ubyssey were raised listening to his show, The Vinyl Cafe, and are deeply saddened by his loss.

To celebrate his legacy, we thought we’d put together some of our memories and thoughts on McLean and his incredible work.

In a lot of ways, Stuart McLean was my first love. I grew up with him and his stories. The Vinyl Cafe was a staple in my life. Every Sunday at noon on the dot, CBC Radio would be on and Stuart's voice filled our home. He was there when I started to walk, when I entered school, when I had my first crush and my first heartbreak. He was with me always. Even now, when I think of home, I think of snowy Sunday mornings listening to his voice unraveling another story of Dave, Morley and the kids.

When he cancelled his Christmas tour in 2015, I felt like that season had lost a little bit of its sparkle. When I read about his passing, I knew Canada had lost one of its brightest.

So long for now, Stuart, but you'll be in our hearts forever.

Two years ago, I picked up a book called Extreme Vinyl Cafe. It was my first encounter with Stuart McLean and his wonderful characters, and I instantly fell in love with his stories. Every one of them made me smile and since then, I've gone out of my way to read and listen to more of his works. Although I am sad that he is gone, I'm happy that he has left a lasting legacy that will be remembered by so many Canadians. Stuart McLean will live on through his stories.

Stuart McLean was the most controversial topic in my family. My grandparents loved him. My parents loved him. My sister was indifferent. I was bored. When my grandparents gifted our family of four with tickets to see his live Christmas show when I was in eighth grade, my parents shot stern glances my way to make sure I said a gracious thank you. My sister and I bonded over our shared horror at the thought of dressing up to watch a man sit in a chair and speak to an audience of thousands.

Despite our disagreement on listening choices, my family’s living room, our car, my room —they all became the Vinyl Cafe. I used to sit in the back of my family’s van, my dog’s muddy paws all over my thighs, listening to Stuart McLean drone on and on as I fell asleep. His voice became the soundtrack to a complete sense of familial belonging.

After his death, I’m now realizing that it wasn’t his stories that mattered to us. Every laugh elicited by my parents at one of Dave and Morley’s difficulties as we flew down a two-lane highway taught me more about their marriage. My grandparents’ muted sighs when characters discussed growing old revealed to me how fragile they sometimes felt. Shared looks with my sister when the cassette went in often said more than words could.

Stuart McLean did not teach me about my family. He taught me how to listen to them — and I would gladly relive my pre-teen boredom to feel that sense of wholeness again.

McLean was the sound of my childhood, adolescence and adulthood. Canada has lost a point on its maple leaf.

Stuart McLean and The Vinyl Cafe were synonymous with long summer car rides and lazy afternoons spent reading the paper, drawing and playing board games. His warm, amiable voice became a character in my life whose humour and wisdom I would always go to when I needed to escape the frustrations of being a bored high-schooler in a boring town.

In the scalding heat of the Ontario summer, when I was working a long and unpleasant job at the local golf course, I would sneak precious minutes of his show when no one was around. His stories were a precious escape that rescued me from hours of mind-numbing boredom.

Stuart was a writer like no other. He roamed across a massive, sprawling country populated by clusters of people who often times could not seem more dissimilar, and found in all of them a commonality — that intangible quality that makes us all proudly Canadian. Stuart showed me that even in the simplest and quietest towns, there can still be great stories and wonderful people. In every one of the monologues that began his live shows, Stuart observed the most poetic and deeply human parts of places that most of us would drive through without looking twice. He helped me to appreciate and love the country that I've spent most of my life in, oftentimes wishing that I was elsewhere and for that, I will be forever thankful.

With his death, Canada loses one of its greatest talents. Stuart McLean not only observed the best of our country, but also contributed to it with a magnificent legacy of literature and radio. You will be missed on those car rides, lazy weekends and at Christmas when we cook the turkey and think of Dave trying to do the same.

You can listen to past episodes of The Vinyl Cafe here.