“Things that Matter” at Vancouver Art Gallery, actually does not 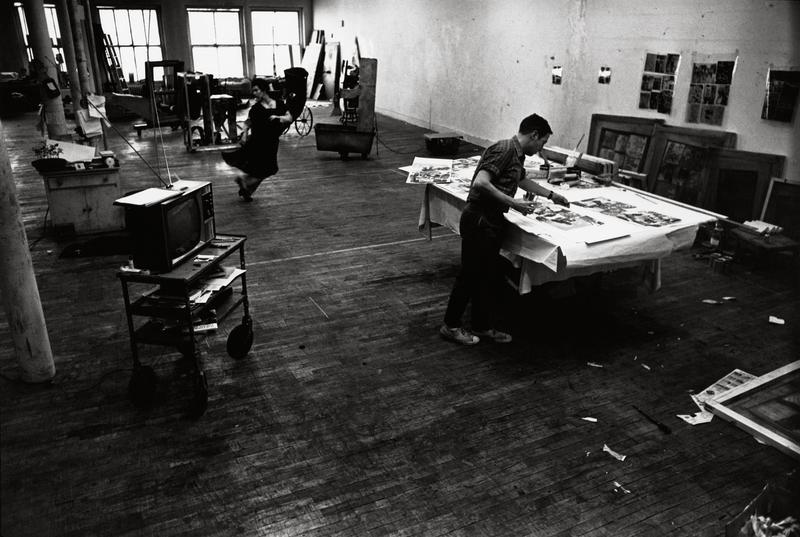 The image of Rauschenberg in his 1965 studio.

On March 15, Bruce Grenville’s talk, Things that Matter: The Legacy of Collage, took place at the Vancouver Art Gallery. Grenville’s 12-part talk is part of the exhibit Mashup: The Birth of Modern Culture, the gallery’s largest exhibition yet.

Featuring artists from Picasso to Hito Steyerl, Mashup transports visitors from the 20th century — the era of collage, montage and readymade — to the Digital Age — the age of hacking, remix and post production. The exhibit utilizes all four floors of the gallery to present an overwhelming and intriguing clash between the past and present of visual culture.

As co-curator of Mashup, Grenville strived to give insight on how collage influenced the art presented at the exhibit. He warned the talk would be long because the subject of collage was so vast. Starting the talk with a photo of artist Robert Rauschenberg, he described the image as one of the sources of inspiration for Mashup.

“This is an image of Robert Rauschenberg in his studio in 1965 and he was doing all of the things that I thought Mashup really were. In the background, there's Judith Dunn who was a dancer, obviously. In the front is a television set which seems to feel funny. But at the same time, that kind of mashup ... came to be really a kind of a dynamic, representation of what we thought this exhibition might be about,” said Grenville.

He proceeded to lead the audience along the timeline of collage. From describing the importance of the radical simplicity of collage, to the contemporary methods of vidding, hijacking and remixing, his passion for collage was clear.

Grenville was undoubtedly knowledgeable on the subject, but he certainly was not an ideal speaker. It was not a talk. It was dissertation paper reading. Aside from the odd apology for stumbling over his words, Grenville did not bother looking up at the audience throughout the entire talk. By part seven, there was no shortage of audience members drifting in and out of sleep.

After an hour and a half of what seemed like forever, Grenville concluded on the topic of “Things that Matter.”

“Mashup offers a new methodology for creativity, one that speaks within the state of change and conflict. Using a language that is supple and adaptive to unsettle the ways that we look, listen and touch, to bring us into closer proximity with those things that matter.”

Even Grenville’s beautiful prose could not save this forgettable talk.