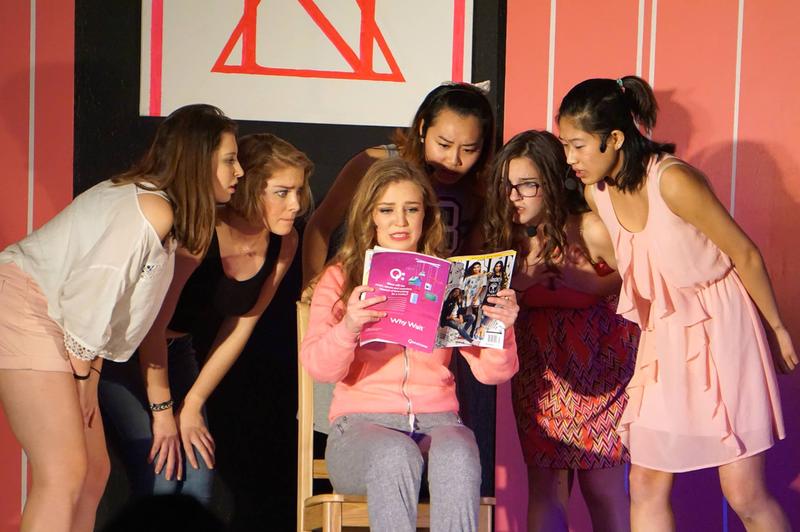 Completely student-run, with the help of some residence advisors, first-years have been directing, rehearsing and marketing Legally Blonde since November. There was even a student orchestra that accompanied the musical.

The musical was based on Amanda Brown's novel of the same name which tells the story of Elle Woods, a pink-cladded sorority blonde who followed her ex to Harvard Law School in hope to win back his love. Elle is determined to become a lawyer because she was dumped for not being “Serious” enough. Like any other feel-good musical with a heroine blinded by love, she faces bumps in the road, heart break, followed by new friendships and love.

Legally Blonde stands out from other musicals in that it is so wittily written. The original musical writers, Karen McCullah Lutz and Kirsten Smith, really identified as many stereotypes as possible, exaggerated their characteristics and created characters out of them.

For instance, the main character is a “Blonde.” She was a sorority queen, who acts ditsy and squeals Ohmigod in every sentence. However, instead of just insulting stereotypes, what’s cool about the musical is that it almost ridicules people for creating such stereotypes. For example, there was a whole song and dance about if a character was Gay or European. Labels like this is a bit tongue-in-cheek to blatantly it point out, but the fact is that it is simultaneously hilarious and uncomfortable for the audience.

In terms of Totem putting on this musical, the audience was impressed. There were rumours beforehand of how unprepared the cast felt for opening night, but the long hours of rehearsal and months of work put towards the musical paid off. Despite first-years running the show, Legally Blonde looked very professionally done.

The audio, which is usually the biggest scepticism of unprofessional productions, was great. Every line and lyric could be heard clearly. As for the scenes, they were blocked in a way that was creative and fun to watch. The band entwined with scenes beautifully, both with background noises that created atmosphere or with song.

The actors were passionate about acting and music, even if there was a range of past acting experience. Elle, played by Rachel Park, was hilarious and bubbly. She came across as so lovable. All the actors had strong singing voices and really embraced their acting roles.

As for the audience, the energy was high. They were hooked to the plot and took a liking to several characters, which they showed when they chortled, wolf whistled and “aww-ed.” Days have passed since the last night of Legally Blonde, but people who watched still quote scenes and sing the musical tunes. Some fan-girling of the actors still happens in Totem’s cafeteria as well — signs to show that Legally Blonde was a good performance.