How do you translate queer love? Shahbaz & Greene give tips 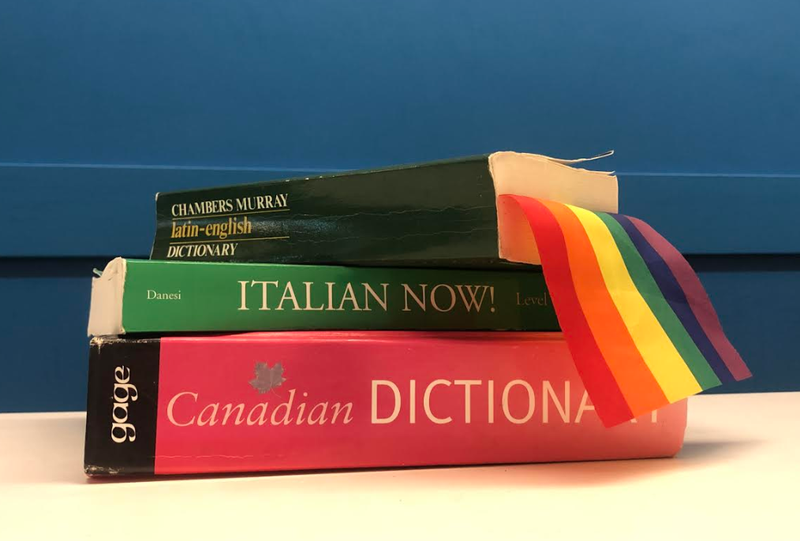 "Homosexual relationships … have not been censored up until recent times," said Dr. Shahbaz Thomas O'Donnell

The next time you find yourself dusting off an old book of tales, you might want to ask yourself what, or who, was left behind on the cutting room floor.

Dr. Pegah Shahbaz, a postdoctoral fellow with the department of Asian studies, observes that narrative traditions are not single, unchanging volumes — they’re flexible and ever-changing as they adjust to the new values of the culture that is translating them.

She points to the Sukasaptati to illustrate her point. Known as the "70 Tales of the Parrot," it’s the story of a parrot who entertained the lady of the house for 70 nights by storytelling about forbidden love, in order to keep her from visiting her lover. In the Sanskrit versions of the story, her husband returns home from a trip and she convinces him that she has not committed any sin. The story ends happily with the couple’s reunion and the bird’s freedom from the cage.

However the 14th-century version translated in Persian under the title of “Jawahir al-Asmar” (Gems of Tales) ends very differently.

“The translator, Imad Thaghari, says that he eliminated some of the tales deliberately because he did not find them decent to be dedicated to the king, and so he replaced them with better ones,” explained Shahbaz.

In those translations, the woman is executed, despite not having done anything, and she’s punished only for “having this thought of living her desire.”

The work of the translator is not just about preserving meaning across languages. Historically, it has also been about re-imagining and sometimes erasing stories to meet the values of the society at the time. How then, were queer narratives in these shifting landscapes treated?

Robert Joseph Greene, a visiting author and activist part of Green College’s “Canadian, Indigenous, and World Writers” series, traces the lineage of queer erasure in his work. In 2013, he challenged the translations of a Princeton scholar who had censored the pro-gay work “Amores,” by the ancient Greek satirist Lucian of Samosata.

Greene reinvigorated the tradition of translation in his book The Gay Icon Classics of the World II .

“In the ‘Game of Nard’, [his] version shares the same plot arrangements [as typical traditional narratives in Persian] — ending with the appreciation of the beloved, but in other versions I have seen the lovers struggle to survive. Greene resumes the tradition of cultural translation by adding a happy ending and signals to the reader that this ‘forbidden love’ has the right to live and end happily,” said Shahbaz.

However, tragic endings were not always the standard in Persian literary culture.

“Homosexual relationships … have not been censored up until recent times. It was part of the social life and it was accepted … A large number of Persian classic poems were composed for male beloveds.”

Dr. Shahbaz points out that the tone towards homosexuality in Persian works began to shift significantly the 17th century, when she said that poets began to use a “rude, pejorative and unhealthy language … making fun of the person who's [being] dominated using and interpreting this masculine physical dominance as a metaphor for social and political power domination.”

Narratives like these could be an indirect means of educating young men not to allow others to dominate them.

“Otherwise they would be mocked in public and their honour would be lost,” said Shahbaz.

Dr. Shahbaz’s words remind us that the precursor of these works provides us with a powerful testament that queer love and joy have always existed. Likewise, Greene and Dr. Shahbaz remind us that these traditions and narratives are living, and so this millennium-long lineage is waiting for new generations to continue the recitation of old tales, and the dreaming of new ones.