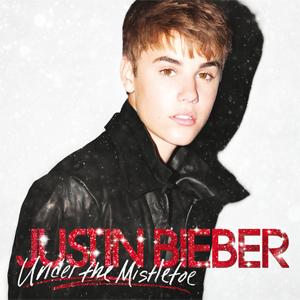 *vomits in mouth while weeping uncontrollably* Photo via Wikipedia

To get your exam-riddled brains full of the holiday spirit, The Ubyssey is prescribing a healthy, 12-day course of ridiculous music reviews. Enjoy, you poor souls!

It’s the holiday album that millions of screeching teenagers wanted, and also the holiday album that nobody on earth needed. You must’ve known this review was coming — Justin Bieber has officially ruined everything from Selena Gomez to Christmas. Under The Mistletoe will not in fact deck your heart with boughs of holly, or give you any reason to be jolly as promised by both Bieber and Boyz II Men.

Have you found yourself searching for a shittier version of “All I Want For Christmas Is You?” Well look no further friends, for The Ubyssey has done the work for you. The album starts off with the too-slow “Only Thing I Ever Get For Christmas,” and really doesn’t speed up until track four, where “Santa Claus Is Coming To Town” gets a Jackson 5-esque makeover with none of the charm.

If the first track didn’t feel like enough of a disgrace to Mariah Carey, then simply skip ahead to the SuperFestive! version of “All I Want For Christmas Is You” and accept the fact that nothing is sacred anymore.

The only good thing about this album is that it will prepare you for the second-hand embarrassment you’re sure to encounter around your extended family this holiday season. I personally recommend “Drummer Boy,” featuring Busta Rhymes and Bieber rapping (talking over the music for a minute). If you can get through the entire song without crying, you’ll be sure to remain calm while your uncle explains to you why Trump was clearly the most qualified candidate for the job.

This may be the only time we will ever hear Usher and The Band Perry on the same album, really making this the gift that keeps on giving.

In fact, as I continue to listen to this album, my ears have ceased to bleed and I’m beginning to realize something — this is clearly a comedy album. And I must tell you, it is a masterpiece. Justin Bieber singing “Silent Night?” The irony is not lost.

The R&B Christmas album was useful while it lasted, whether you purchased it as a stocking-stuffer or as kindling. I’m looking forward to the hip-hop Hanukkah and country Kwanzaa albums that are sure to be released before Bieber’s next breakdown.