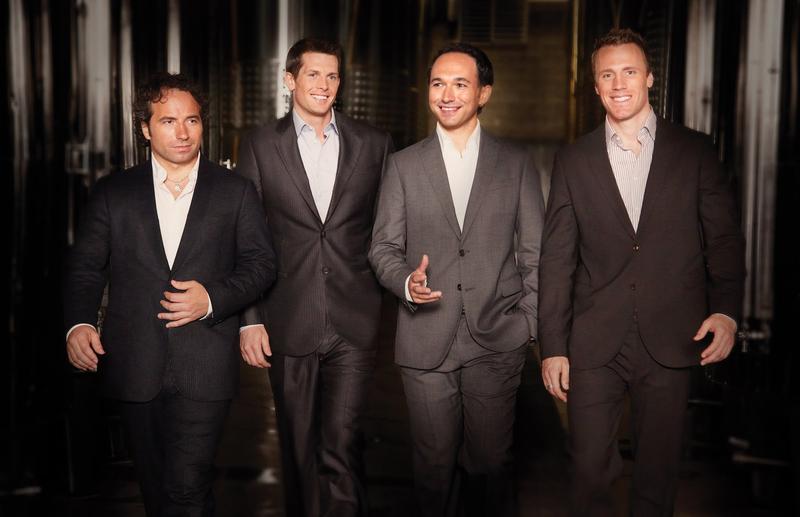 The Tenors sold over 10,000 records before signing with their label. Screenshot via Facebook

The Juno Awards are Canada’s Grammys. They are presented annually in spring to Canadian musical artists and bands to acknowledge their artistic achievements in all aspects of music. This year, the ceremonies are at the beginning of April and four UBC alumni are nominated in various categories.

Cris Derksen, who graduated from her BMus in 2007, is nominated for Instrumental Album of the Year for her electric cello work Orchestral Powwow. Half Cree and half Mennonite, Derksen was born in northern Alberta and was the Symphony Orchestra’s principal cello at UBC.

“As soon as I graduated, I stepped away from classical [study] entirely and focused on electric cello,” she said. “I’m influenced by everything – the sounds of nature and the hip hop beats. I’m also interested in my own heritage. It’s hard to genre-define it.”

Orchestral Powwow is Derksen’s third studio album and returns to her roots – both her classical background and Aboriginal foundation. In a collaboration with Tribal Spirit, a contemporary powwow recording label, Derksen composed chamber music-style symphonic works around powwow pieces which she accessed from Tribal Spirit’s library.

“I wanted to put those two sides of my upbringing together into one idea, so that’s exactly what it is,” she said. “Orchestral Powwow – it’s symphonic works with powwow drums and powwow singers.”

Two UBC alumni are nominated in the same category – Classical Composition of the Year. Michael Oesterle (BMus ’92) was born in Germany and is nominated for his contemporary-classical piece Centennials.

John Burge, (DMA ’89) has also been nominated for his piano quartet.

For a piece of chamber music, the quartet has a remarkable orchestral sound to it, but allows for the players to maintain the sense of intimacy in the small group.

“I have the advantage in this ensemble that the performers are wonderful virtuosos on their instruments. The goal is to get beyond the technical challenges to actually make music happen,” he said. “I love writing chamber music because it’s just so intimate. You don’t have to make nearly as many compromises as you do when writing for a large ensemble. It’s more direct.”

Finally, Fraser Walters (BMus ’03) has been nominated for Contemporary Album of the Year with his a cappella quartet, The Tenors, for Under One Sky — an album that mixes popular covers and arrangements with original pieces. Walters began writing the title track as a theme for the Pan Am Games, reflecting on his own experience on Canada’s national track and field team in the early 2000s.

“We’re pretty excited about the record,” he said. “The title track is an original song that we wrote and it sort of points to the fact that our songwriting was highly featured on this album.”

However, it is not only original compositions that make up the album. Listeners can expect to hear Leonard Cohen, Bob Dylan and Bill Withers – among others – on the album, with The Tenors’ own contemporary spin.

“It’s awesome to have such a range of colours available with a range like this in the group. We’re honoured to be nominated among such incredible Canadian talent,” said Walters on his nomination category that includes Canadian greats such as Diana Krall and Johnny Reid.

Many congratulations to all UBC alumni nominees. The ceremonies are April 3 in Calgary and will be broadcast on CTV.