UBC comic Maddy Kelly on offensive humour, musical-comedy and not giving a damn 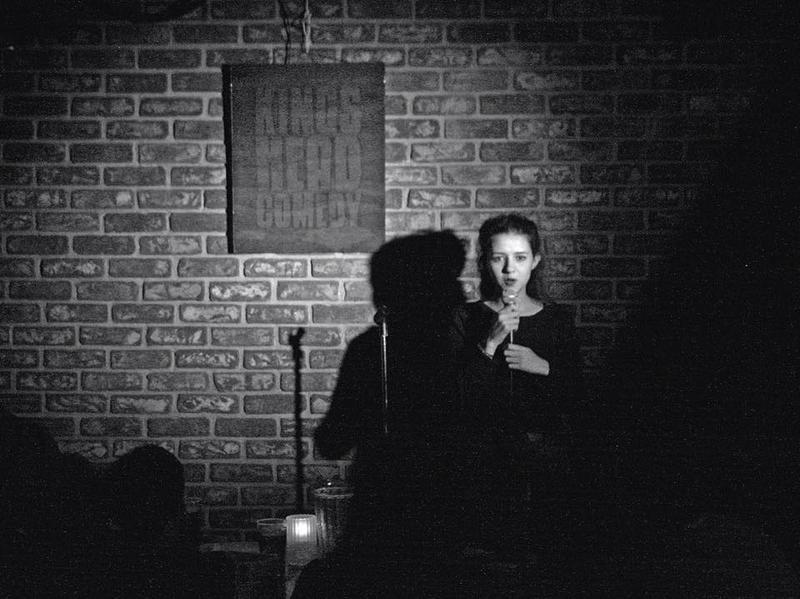 It takes a lot of courage for someone to take a mic and crack jokes in front of dozens of people — even more so when you don’t know if your humour will be a hit or miss. Fortunately for second-year arts student, Madeline Kelly, she’s managed to laugh her way into the stand-up scene.

Kelly has been performing various comedic acts since she was 10, including acting in musical-comedies, writing comedy and doing improv. She has also drawn inspiration from a number of key figures, whether the blunt commentary of Louis C.K. or the observational humour of David Sedaris. Now, she is also one of the executives for the UBC Improv team.

“I always wanted to make people laugh … I was more drawn to comedy,” said Kelly. For her, the desire to bring humor to others is always her top priority. It is also one of the reasons she is reluctant in terms of performing competitively or being concerned with its technicality. “It feels inherently odd to quantify an art, especially since everyone has different tastes. I’d rather just have fun making people happy.”

Despite constantly wanting to bring laughs, Kelly never considered doing stand-up comedy until as recently as this past summer.

“It was one of those things I never thought I would do. Now, it just feels like my whole life,” said Kelly, whose first stand-up set was done on a whim after an improv colleague asked if she wanted to go see a show. “As soon as I did that first set, it evolved into something to challenge yourself. [I had been] writing jokes for so long, but I dunno why I didn’t do it my whole life … once I did it, I just did.”

Stand-up quickly became an avenue for Kelly to further hone her comedy skills. This especially since the practice can be a steep climb in terms of challenge. A climb that includes mismanaged jokes, dead crowds or just no crowds at all. Also, unlike an improv performance, you can only rely on yourself.

According to Kelly however, those unlucky scenarios can be spun around especially when fellow comics are present.

“People sometimes think that gets them down, but you have to think of it more as workshop,” she said, citing that dead spaces can be learning experiences to test whatever humour you please. “When you have a booked show where there’s more of an audience, [that’s where you] go back to that earlier tested stuff and have fun.”

Luckily for Kelly, there is no shortage of peer support when it comes to her work, be it improv or stand-up. She noted that her experience and great chemistry with the UBC Improv team always further motivates her in refining her comedy.

However, seeking advice of actual stand-up comedians was a little more intimidating. “They’re not [un]friendly, [but] they’re just tough nuts to crack,” she said. “Most [of them] are some of the sweetest, smartest and most creative people I’ve ever met.”

Although still developing her own skills, Kelly has plenty of advice for others who wish to pursue any comedy. This includes actively seeking out shows, jotting down anything you find funny and, most importantly, do comedy that you are happy with.

“I was doing musical comedy when I started and it went well — I had fun. But eventually it didn’t feel as exciting … I started to do worse because the audience started to know that I didn’t care as much.”

She also advises not to shy away from offensive humour, so long as it’s done right.

“I genuinely think everything could be funny, but some things are immeasurably harder than others,” she said, noting execution and intent is everything. “There was a show [at Hot Art Wet City, Main Street] that was all jokes about rape from rape survivors. [They did so] for their own therapeutic reasons and for social consciousness. You just have to really be doing things with intention I think.”

In the end, whether doing it professionally or on the side, Kelly does not see herself divorcing from humour anytime soon.

“I was just wanna do it all the time. Just keep going, doing standup, writing, acting … Just making things that I’m proud of. That’s what I wanna do with my life.”