UNCEDED: Voices of the Land works to define Indigenous architecture at the Venice Biennale

Amidst the 900-year-old shipyards of Venice, a nondescript building sits alongside the lagoon. Here, a passerby walking in the unseasonably humid air might notice something uncommon to northern Italy: the sounds of singing and drumming coming from behind a curtained entrance. This is UNCEDED: Voices of the Land, Canada’s exhibit at the 16th annual Venice Architecture Biennale, one of the most notable showcases of building and design in the world. 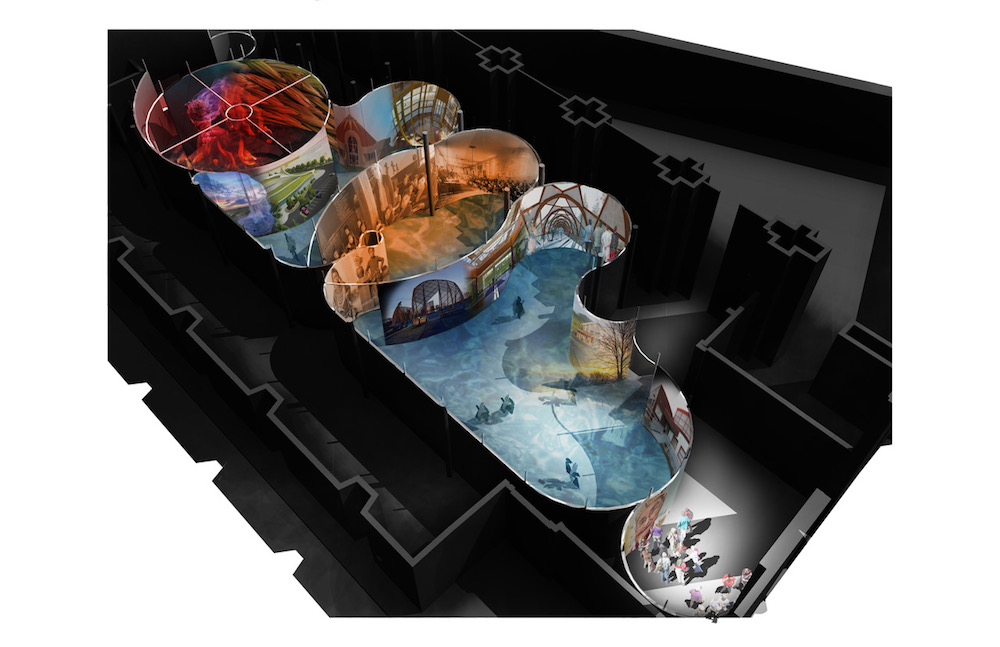 Pushing past the curtain reveals that, for the first time ever, the focus of the Canadian entry is on Indigenous architecture. Developed by an 18-person all-Indigenous team from across Turtle Island (Canada and the USA) and led by internationally renowned architect and UBC alumnus Douglas J. Cardinal, the exhibit uses several media sources to tell its story. Visitors are taken though an audio-led, projected display of four symbolic territories: sovereignty, resilience, colonization and indigeneity — which meld together to define Indigenous architecture and the forces that have shaped it.

Media in the exhibit comes from a variety of sources, and even features the recently completed UBC Residential School History and Dialogue Centre.

“We wanted the work of all of us to be represented in many ways, we have shots of the finished products alongside interviews with the designers talking about their process and inspiration,” said Dr. Patrick Stewart, a Nisga’a architect and UBC PhD recipient who has been involved in the project since its early stages.

In addition to showcasing architects, designers and finished projects, the exhibit also fosters dialogue regarding the definition of Indigenous architecture. Stewart has his own definition, which is “the use of Indigenous knowledge and design by architects,” he explained. “There is a body of traditional knowledge that the community holds that is very important.”

“UNCEDED exemplifies a new critical dialogue emerging amongst Indigenous artists and architects, such as the value of traditional knowledge in the face of hyper-capitalism, solidarity between Indigenous peoples and a search for strategies of decolonization.”

While many other pavilions are static displays, best enjoyed while walking leisurely and engaging with anything deemed interesting, UNCEDED engages the viewer with a whirlwind of storytelling occurring around them. Dramatic panoramas and captivating narratives make it impossible to pass through quickly or without paying attention.

“So far, people seem to be taken by it, even if there is a lot of explaining to do,” Stewart said, adding that the feedback has been positive after the exhibit being in operation for a week.

The exhibit has been proposed to be shown across Canada as a travelling exhibition, with the goal of inspiring the future generation of Indigenous architects and designers. This is an idea that is only possible with respect to traditional knowledge, which Cardinal believes to be an essential facet of the exhibit.