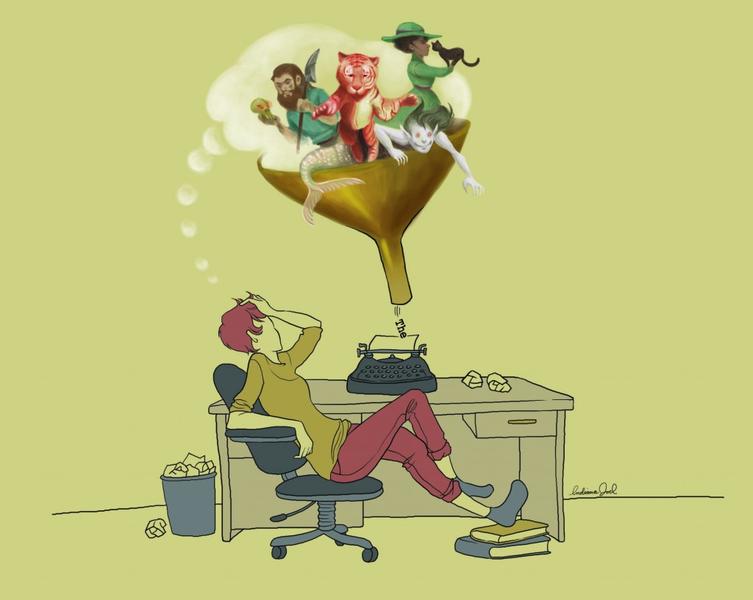 The Vancouver Writers Fest is the biggest event of the year for the city’s literary scene. Each fall, the festival transforms Granville Island into a literary paradise -- a place where authors from every genre can intermingle and readers can get close and personal with their favourite writers.

Yet again, the festival features over 100 local, Canadian and international authors who will be presenting their work throughout the week. Among these authors are UBC Creative Writing Professors Sheryda Warrener and John Vaillant.

“We had this really lovely apartment that had lots of beautiful light,” she said. “I was sitting at the kitchen table looking at that light out that window and so a lot of ... the book came from that.”

A challenge for Warrener in this poetry collection was mastering a long narrative poem about a cosmonaut.

“The real person who it’s based off of is the person who has been in space the longest ever which is 438 days. I put myself in his body and I put him at the table in Sweden.”

Like Warrener, Vaillant also found inspiration as an expat living in Oaxaca, Mexico for a year. The Jaguar’s Children is a literary thriller that follows Hector, a Zapotec escaping Mexico in the empty tank of a water truck. He and the other illegal migrants are abandoned in the middle of the desert by the smugglers with no way out of the sealed water tank.

“I was really moved and impressed by what I was seeing down in the south of the country,” he said about his inspiration for the book. “I’d been reading [fiction] that got me thinking about how [stories like that] might apply to Mexico and, truly, this voice just came into my head very clearly -- the voice of Hector.” Vaillant will be involved in three events this year: Words for the Undocumented, Mind Games and The Literary Cabaret.

For both writers, the festival serves as a hub for Vancouver’s diverse writing community.

“You have all of these people that you [might] never have access to ... you can see them read and you can go up afterwards and tell them that you loved their work,” said Warrener. “I think community is essential no matter however you find that community,” Warrener continued. “I think community comes ... out of these programs. I connected with a lot of the people I love and [whose work] I love and admire.”

“[Granville] Island is overtaken by the festival, so you have this sense of being in this kind of ferment of literature ... there’s a lot of opportunities to cross pollinate,” said Vaillant.

The festival is a place for the writers and readers of Vancouver to come together and support each other’s work.

“We need to support each other,” said Vaillant. “People aren’t doing it for the money so ... you get closer to a kind of purity there. I like being around people like that, [people] who are committed at that level and ... I think it’s a privilege to spend time with people like that.”