VIFF: Album ultimately fails to deliver on what it promises 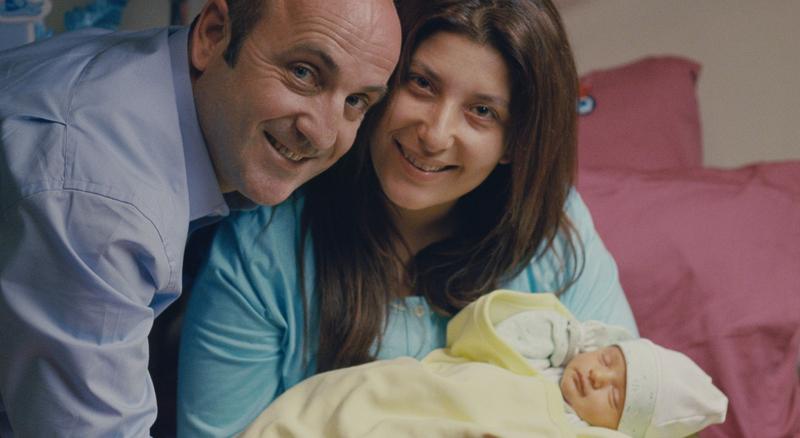 Mehmet Can Mertoglu’s first feature, Album, tries to give its critique on individuals’ two-faced and superficial natures by giving insight into Turkish society and culture. Aside from some well-found points in a script that really reflects the Turkish society, moments of sarcasm may not be fully understood by someone who is unfamiliar with the culture and the work ultimately fails to deliver what it promises.

Album is the story of a married couple — Bahar (Sebnem Bozoklu) and Cuneyt (Murat Kilic) — who want to adopt a baby but keep the adoption secret. They are so desperate to hide it that Bahar actually wears a fake tummy and Cuneyt takes snapshots of her to create a fake pregnancy album. Unfortunately, we never get a full explanation for why they go through all this trouble to keep the adoption secret.

We see them going to orphanages, looking for babies. In one attempt, they actually get the chance to adopt a baby girl, but they don’t go through with the adoption because they prefer a boy. They even say that the girl looks Kurdish or maybe even Syrian. Their conversation with the orphanage’s director is where the script is at its finest point. This is where Mertoglu finally achieves the peak of dark comedy, showing the racist, sexist and careless attitude that can be seen in the Turkish society.

When they finally adopt a baby boy, you think you’re going to understand why they wanted this baby so much. You think they’re going to love him to the limits, maybe even use him to get the society’s approval. But the characters make no such attempt and the true meat of the plot feels like it has not started yet, although you know it should have. Once again, the script and the film’s artistic language fail to show us the reason that lies behind the characters’ actions — their motivation in hiding the adoption or any kind of information about their pasts.

Bahar and Cuneyt are not your typical protagonists. They are not likable, they are not noticeably smart and they are not that nice. They’re married, but we don’t see any affection between them — they just move towards the same goal. In fact, it looks like their only common point is that they both want to adopt desperately and want to keep it a secret even more. They are not your typical parents either — they are seemingly indifferent to their baby’s cries or the eventual smoke in his room. There comes a point when you start wondering if Mertoglu went a little too far beyond critiques that are realistic.

Mertoglu underlines the hypocrisy of the society throughout the film. Our protagonists don’t just lie to others, they lie to each other and to themselves as well. The “happy family” image they’re trying so hard to paint fails to turn into a reality — even after they adopt the baby boy — because their marriage is so insincere and incredibly superficial. In this way, the film’s main critique is on a more personal level. It tries to show that these people aren’t well-educated, intellectually growing or self-aware individuals, but rather incapable of seeing the wrong in their doings, blind to their environments and reluctant to realize the monotony of their lives.

The film uses a lot of long shots and it actually works for the story, as it always gives you the setting first, highlighting the film’s connection with Turkey. But eventually you get bored of trying to find where the action is actually taking place and wonder why every shot lasts at least a minute even though nothing spectacular is happening on the screen. Sebnem Bozoklu and Murat Kilic are talented actors, but even they fail to improve the experience.

Although you will want to understand the characters’ state of mind, their cultural environment and their motivation for acting in sometimes absurd ways, Mertoglu fails to tell his story in a compelling way, leaving the audience frustrated for not getting what they were promised — a meaningful critique.