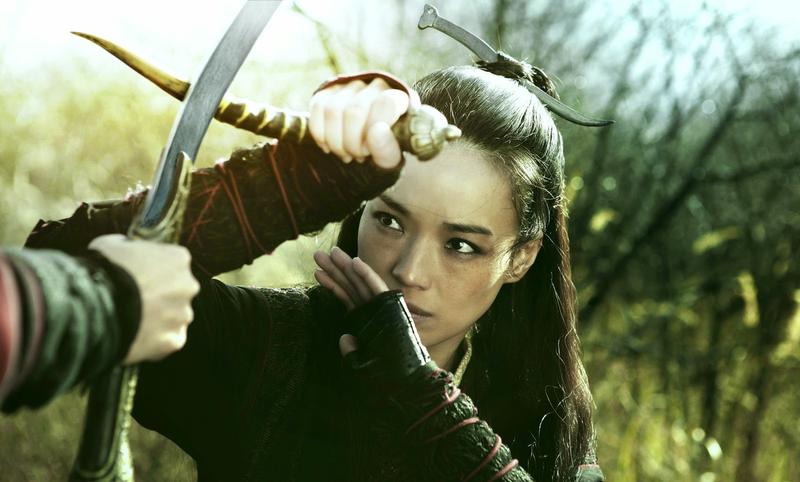 The Assassin is philosophical and action-packed.

“Kinetic” isn’t a word often associated with the work of acclaimed Taiwanese director Hou Hsiao-Hsien whose films are more often described as “deliberate” or “controlled." The Assassin, Hou’s foray into the wuxia genre (which won him Best Director at this year’s Cannes Film Festival) will do nothing to change that. Removed from the usual trappings of martial arts films, Hou's latest film is characterized more by contemplative stillness than action. Those expecting something like Ang Lee's Crouching Tiger, Hidden Dragon will be sorely disappointed. But for those willing to get on its subdued wavelength, The Assassin offers a singular, potentially rapturous, experience.

Set in ninth century China towards the end of the Tang Dynasty, the film opens with a thrilling black-and-white prologue that follows Nie Yinniang (Shu Qi, playing the title character) as she tries to assassinate a corrupt official. After an aborted attempt, her mistress Jiaxin (Sheu Fang-yi) sends her back to her birthplace, the province of Weibo, and tasks her with killing her cousin Tian Ji’an (Chang Chen), now the governor of the region. The monochrome prologue then gives way to stunning color and the story proper begins.

The particulars of the plot are sometimes difficult to follow and often frustratingly so. But once it becomes clear that Yinniang is torn between her duty as an assassin and her lingering love for Ji’an, to whom she was originally betrothed, the details become less significant. There is court intrigue and political scheming, but it is Yinniang's journey that captivates.

The film largely conforms to Hou's trademark style which privileges long-takes and meticulously calibrated camera movements over quick montage. Some scenes recall Hou's consensus masterwork, 1998's Flowers of Shanghai, in their gorgeous use of candlelight and lateral camera movements. Others shots stun with their pictorial beauty, often captured in durational takes. Even the brief moments of action, though thrillingly choreographed, are sometimes seen either in long shots that dwarf the action or framed in landscapes that obscure it. This approach to action seems strange until it becomes clear that Hou is not interested in the action itself, but in what it communicates. Bursts of violence are heightened not just visually, but aurally. Each swing of the blade resonates and each blow echoes — Action becomes conversation.

In its entirety, The Assassin proves to be more philosophical than anything else. “Your skill is matchless, but your mind is hostage to human sentiments,” says Jiaxin to Yinniang at one point in the film. At its core, The Assassin is concerned with struggle for transcendence – a theme encapsulated by a stunning durational shot of fog slowly rolling up a mountain that obscures everything but the clifftop. But it’s telling that the film ends not with two characters ascending up a mountain, but with them moving forward along a grassy landscape. It's not transcendence, but affirmation of their fundamental humanity. It's as humanist a statement as Hou has ever made.