VIFF: Becoming Who I Was is the best documentary of the festival 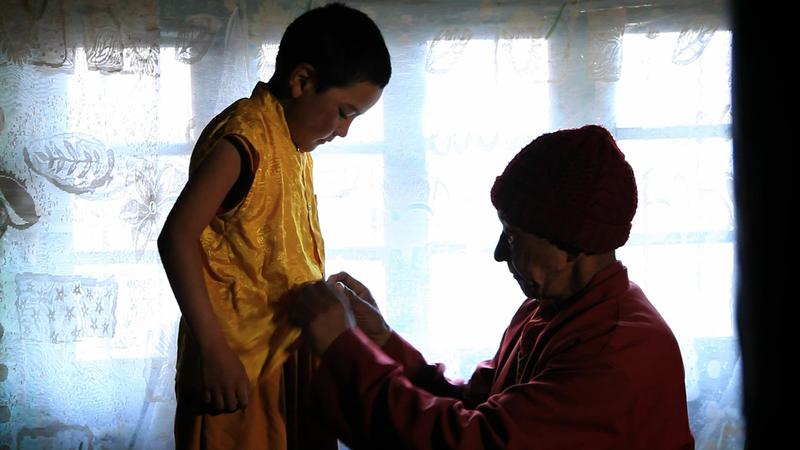 When documentary makers venture out to remote and far away places, the challenges triple. While some filmmakers try to compensate and overproduce their film in an attempt to make things more understandable, the initial motivation and passion behind the documentary fades away.

Korean Directors Moon Chang-yong and Jeon Jin did the exact opposite for their documentary Becoming Who I Was, choosing an absolutely minimalist approach to filming that refrains from including a foreign narrator.

The documentary tells the story of young Padma Angdu, growing up in Northern India near the Chinese border and the Tibetan Plateau. Padma is believed to be the reincarnation of a famed Tibetan Monk — a title known as Rinpoche — and is left living a unique dual life as a result of his rare and respected title.

Throughout the film, we’re taken along Padma’s journey growing up in his remote village. One day, he could be the main figure at a religious ceremony with dozens travelling to see him and pay their respects. The next, he could be picking up his books from his uncle’s house and running off to school, where he learns normal subjects and plays cricket and soccer with his classmates.

The documentary was filmed over an eight-year period, meaning that the viewer will actually watch Padma grow up and face different hardships – some in his life as a Rinpoche, like finding a monastery to be a part of or the intense study of Buddhist texts.

The film finds a perfect split between presenting Padma’s journey as a Rinpoche and also his path towards growing up, giving the viewer a balanced presentation of Padma’s unique life growing up while saving them from getting too lost or confused by the different society and culture.

Start to finish, the documentary is majestic to watch. From the panoramic night shots of the Himalayas to the use of surrounding sounds to fill in for dialogue — which almost adds a new dimension to the film — interest is never lost throughout all of the 90-minute running time.

Only Padma and the people around him serve as narrators throughout the film — a more minimal approach that pays off. Without the inclusion of any real outside description, we’re left with a more authentic feel for Padma’s situation and his journey throughout the eight years of filming. It’s almost as if you’re watching Padma from the corner of the room, and it doesn’t even feel like there is a camera crew capturing the scene.

VIFF is always a great festival for watching documentaries, especially ones from all corners of the world. Becoming Who I Was definitely takes the cake for being one of the best documentaries of the entire festival. The scenery, the way it’s shot, the story it tells, the dedication and time put into filming it, the authentic feel it brings and so much more make it a film worth the time.