VIFF: Call Me By Your Name is beautifully subtle 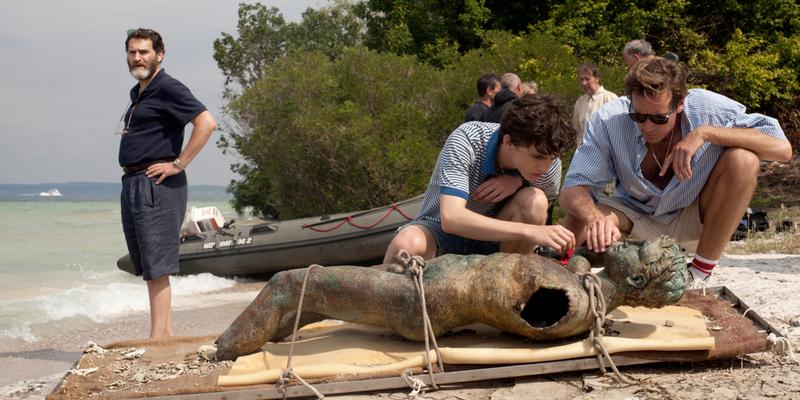 With accuracy and great beauty, Call Me By Your Name captures the experience of a languid, over-long summer.

It’s the 1980s, somewhere in idyllic Northern Italy. Oliver (Armie Hammer) is an American academic and guest in Elio Perlman’s (Timothée Chalamet) home, having come to assist Elio’s father — a professor — for the season.

Most of the film’s shots are filled with bright, warm light. Elio rides his bike through the picturesque countryside. He goes swimming. He reads. He composes music. There are family guests that talk too much, others that he must dutifully entertain and, of course, there’s summer romance to occupy his time. Elio has the attention of a neighbouring girl, Marzia, whom he woos through novels and friendly teasing, but it’s his desire for Oliver that deeply changes him.

With a screenplay adapted by James Ivory, an acclaimed director with a keen eye for depictions of longing, Call Me By Your Name features not only nuanced depictions of pining, but also the youthful lust of Elio.

Luca Guadagnino directs the most intimate scenes in a manner that feels authentic rather than fetishistic. Moments between Oliver and Elio simmer with an extra layer of tension, as they attempt to convey emotions they cannot speak outright.

There’s a conversation here about passing time, about the ways certain identities can surface or be consciously hidden and submerged. Oliver wears a Star of David around his neck, allowing Elio to immediately identify Oliver as Jewish, like him. There’s something too about the ways a conflation of two separate identities – exchanging names and clothing – becomes a secret language of intimacy that can’t otherwise be expressed.

Elio’s Italy is, in many ways, refreshingly utopic. Oliver and Elio don’t face any immediate threats because of their identity, only a lingering sense of restriction from their peripheries. Call Me By Your Name is more interested in studying displays of intimacy than presenting a specific message. One of Guadagnino’s defining strengths throughout this film is his attention to the smallest of details. In one scene, we watch Elio’s foot creep slowly towards Oliver’s until he covered Oliver’s foot with his own. They laugh. The action is ordinary and playful. It’s not a grand, romantic gesture, but it empathically captures the nervous, tentative energy of new love.

As the lead, Timothée Chalamet excels. His performance rivets until the very last, potent scene and the physicality between Elio and Oliver is natural and compelling.

There’s room for improvement. Certain tracks by Sufjan Stevens, however pretty, are a bit too on the nose and the pacing could be more refined. Call Me By Your Name is just over two hours, but feels longer – both to its credit and its occasional detriment. It’s a summer that drags on in places, but then feels too fleeting once it’s over.

Small flaws aside, the attention to the texture of both summer and first love makes the film more than a simple summer romance. It gives substance to a relationship genre that might otherwise be written off as trivial. Grounded in pointed observations, Elio and Oliver’s connection feels believably, beautifully life-changing.