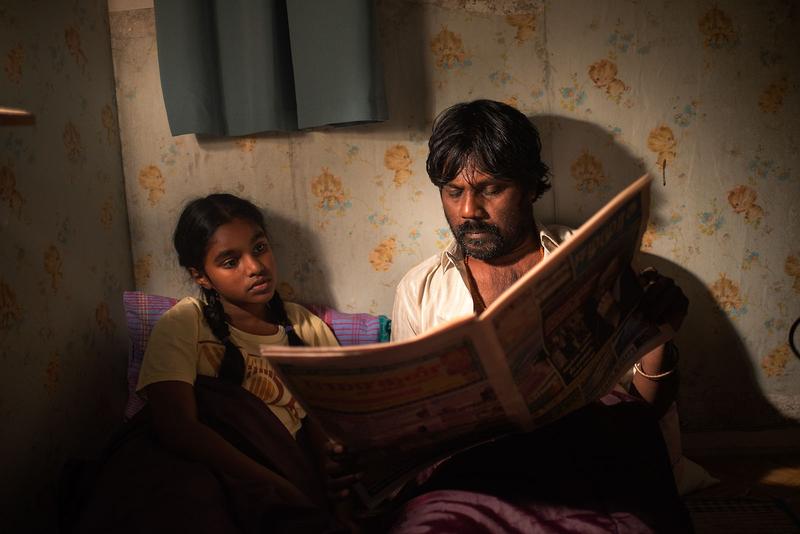 The film begins in a swarming refugee camp in the aftermath of the Sri Lankan Civil War. In an act of sheer opportunism, the fighter cobbles together a "family" with two strangers and becomes the titular Dheepan — a dead man whose family’s passports offer a chance to flee the country. After a harrowing boat ride, the unlikely trio manages to fool a French immigration officer and wind up in the infamous banlieues of Paris.

Dheepan and his concocted family quickly discover their new home not to be the idyllic refuge they had sought. Instead, they must adapt to a concrete jungle of gang-ridden, lawless housing projects.

What separates this film from countless other tales of relocation and adaptation is the compelling duality of its protagonist. Unlike most immigrants, Dheepan treads a fine line between victim and oppressor. Infrequently, and to chilling effect, Audiard reveals glimpses of Dheepan’s warlike tendencies simmering beneath his outward docility. As the film progresses, Dheepan is pushed closer and closer to confrontation with the menacing gangs in his neighbourhood. Ultimately, he cannot keep his head down and steers the film to an abrupt and remarkably savage ending.

Dheepan excels in its exploration of the unconventional family dynamic that emerges. Throughout the film, Dheepan and his "wife" Yalini (Kalieaswari Srinivasan) struggle to define their relationship somewhere between pragmatism and affection. This becomes even more difficult as they attempt, awkwardly and with uncertainty, to raise their nine-year-old "daughter" Illayaal (Claudine Vinasithamby). Gradually, the three tiptoe towards a clumsy sort of intimacy actualizing the family structure they had originally falsified.

Dheepan falters, however, in its treatment of assimilation and cultural barriers. The juxtaposition of Sri Lankan and French ways of life often slips into clichés and was largely uninspired. Audiard fails to add anything new beyond the tired tropes of culture shock.

Although Dheepan has a slow-moving plot, it is nonetheless an understated and powerful film. The lead roles are superbly acted and the narrative is deliberate and engaging. Above all, it is Dheepan’s timeliness in today’s context that makes it such an affecting film.