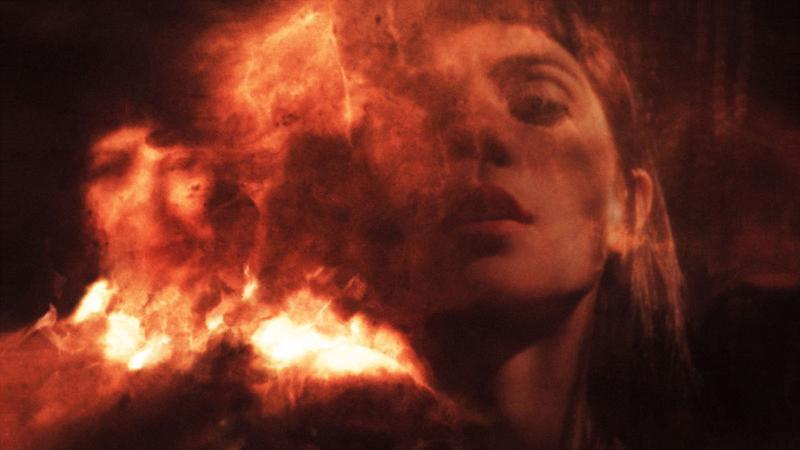 “Dreams! Visions! Madness!” declares a character part way through The Forbidden Room, Guy Maddin’s latest post-modern ode to silent film (co-directed by Evan Johnson)which premiered at the Sundance Film Festival early this year. Since the film so resolutely defies easy categorization, this turns out to be the most convenient way to describe it.

Whether this vibrant technicolor dreamscape of nested narratives can actually be summed up so neatly is a different question altogether. From the opening credits alone, The Forbidden Room promises to be one of the most unbridled, inventive and utterly insane cinematic visions of the year; it doesn’t disappoint.

After a benign but hysterically funny introduction titled, “How to Take a Bath” (written by poet John Ashbery), the story shifts to a submarine crew trapped on the ocean floor, which then segues into a woodsman’s quest to save a village maiden from a pack of wolf-men. From there, the madcap narrative only intensifies employing a Russian doll-like structure in increasingly absurd and phantasmagoric ways. There are vampire bananas and dreaming mustaches, a squid thief and a sentient volcano god, and even a lobotomy set to song titled “The Final Derrière” (composed and performed by Sparks), all of which amount to just a fraction of the umpteen stories that fill the two-hour runtime (which makes this Maddin’s longest film to date).

The continuous barrage of hilarious intertitles, absurd digressions and searing visuals ensures that the film rarely lags. Even when a story isn’t quite landing, another one is certain to take its place in short order. Freed from the bounds of the autobiography that Maddin explored in his so-called, “Me Trilogy” (Cowards Bend the Knee, Brand Upon the Brain! and My Winnipeg), the stories come across as purer somehow, seeming to spill unbidden from the imagination. There’s also a palpable sense of danger in the loosely connected episodes which only adds to the vicarious pleasure in watching them unfold. Just when it seems impossible that the film could end satisfactorily, the submarine crew of the second story enters the titular room (their captain’s off-limits quarters) and sets off a rapid-fire cavalcade of events that comprise what is easily one of the best scenes of the year; to say more would ruin the surprise.

The Forbidden Room turns out to be more than literal or physical. It’s where the thoughts, desires and stories that one dares not explore in waking life gain their fullest realization. In that sense, Maddin’s (and Johnson’s) delirious fever dream is an affirmation of cinema like no other.

The Forbidden Room screens as part of both the “Canadian Images” and “Hidden Pasts, Digital Future” series of the Vancouver International Film Festival.