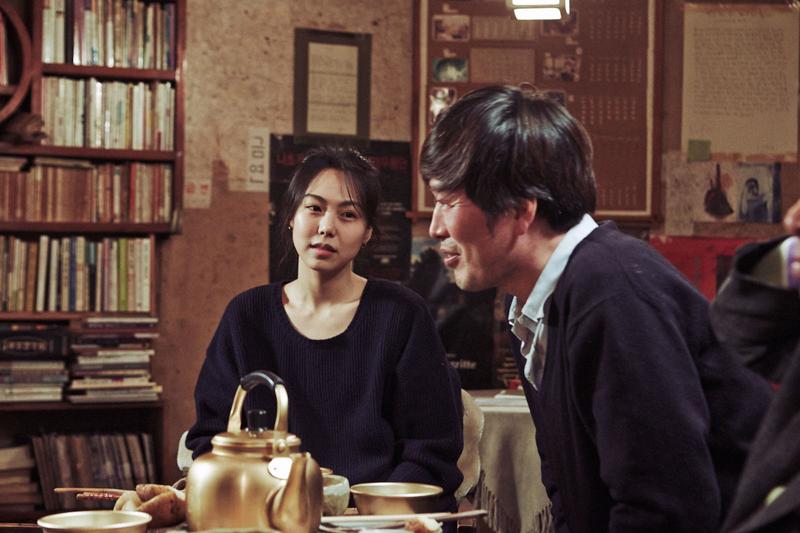 Right Now, Wrong Then is plays the basic scenario out twice, dividing the film's runtime.

Over the past two decades, Hong Sang-soo, South Korea’s most well-known indie filmmaker, has established himself as a world-class auteur by combining formal and structural experimentation with naturalistic scenarios and low-key narratives. His latest film, titled Right Now, Wrong Then, won the Golden Leopard prize at the Locarno Film Festival earlier this year. It is, if not his most audacious films, surely one of his most effective.

The story is one that Hong has done before. A film director, Ham Chunsu (Jun Jaeyoung), meets a young artist, Yoon Heejung (Kim Minhee). The two spend a day together that involves a fair bit of drunken foolishness on the part of Chunsu. Hong’s main point of interest is then to have the basic scenario play out twice in sections that divide the film’s runtime titled, "Right Then, Wrong Now” and “Right Now, Wrong Then.”

Hong isn’t new to playing with timelines and multiple iterations of a basic scenario. But unlike The Day He Arrives (2011) which uses a Groundhog Day-type structure to depict progression across each iteration, the structure of Right Now, Wrong Then suggests two parallel separate realities with differences that are both subtle and seismic. The events follow the same basic trajectory — Chunsu and Heejung meet, grab coffee, visit Heejung’s workshop, get drunk at a sushi bar and then attend a friend’s dinner party. To say nothing of the eventual outcome, the actual conversations veer off in fascinating ways.

In the first half, Chunsu constantly flails for words. Concerned with not saying something “wrong,” he often ends up spouting coddling platitudes. However, the second half shows him doing the very opposite as he embraces cutting and almost caustic frankness. Significantly, this newfound honesty, while abrasive at times, ultimately leads to a better final outcome.

It’s telling that, while part one includes a smattering of Chunsu’s internal monologue via voiceover, the internal is made external.

What Hong suggests in this absurd and hilarious diptych is that bracing honesty and frankness is preferable to disingenuousness or outright manipulation. It’s to the film’s credit that it never feels that simple with the two sections alternately functioning as a parallel reality, wish-fulfillment or even as a second chance.

Watching the two leads navigate the farcical yet touching scenario is an immense pleasure in itself which compels a second viewing. For this film especially, there is no higher compliment.

Right Now, Wrong Then screens in the “Dragons & Tigers” series of the Vancouver International Film Festival.