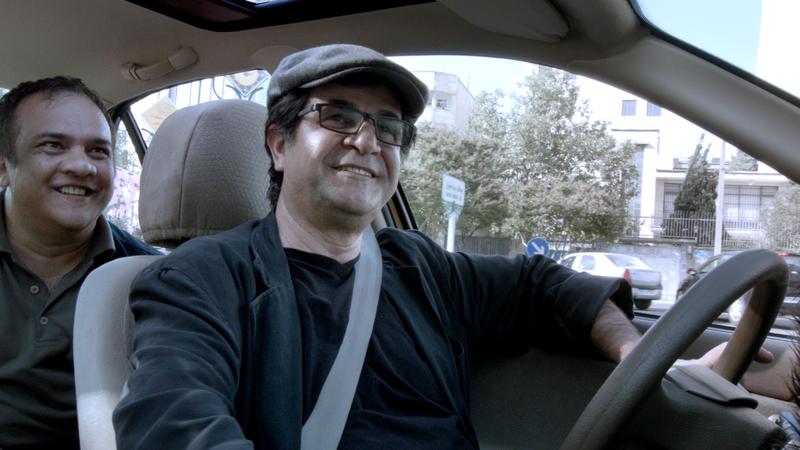 Some films are political by choice — others by necessity. Jafar Panahi’s Taxi unequivocally falls into the latter.

Since being sentenced to a 20-year filmmaking ban in 2010, Jafar Panahi has made three movies (including Taxi) without authorization from the Iranian government. His 2011 effort, This is Not a Film (made while under house arrest), found him reluctantly thrust in front of the camera and forced by necessity to become an actor in the unfolding drama. Taxi finds him now embracing that role wholeheartedly.

The film opens with an unassuming shot of an intersection seen from the dashboard of a car. The camera captures an argument between two passengers on the problem of car thefts. The man suggests that the government should execute two offenders every other day to reduce crime while the woman protests the notion. Eventually, the two passengers get out and the camera turns to reveal another man in the back and Panahi himself in the driver’s seat. The man, a DVD salesman, tells Panahi that he knows the two passengers were actors running lines from Crimson Gold, one of Panahi's pre-2010 films. It's a genuinely exciting fourth-wall break that configures everything to come.

Panahi’s restricted situation ensures that any film he makes is politically charged. Taxi uses this to its advantage by cranking up the entertainment and humour as well as allowing the political subtext to emerge naturally. The film, structured episodically, follows Panahi as he drives a round Tehran picking up and dropping off passengers with the footage almost exclusively taken from a single camera mounted on the dashboard. Far from the understandably anguished tone of This is Not a Film, Taxi might be the most purely enjoyable film Panahi has made to date.

By the end of the film, the list of passengers grows to include two ladies who desperately need to drop a pair of goldfish into a spring, a car accident victim and Panahi's own grade-school niece to name but a few. For the most part, Taxi forgoes the well-meaning didacticism of his previous films for an altogether lighter, subtler touch. The episode with Panahi’s niece, who discusses her teacher’s instructions for making a “screenable” film in Iran, is the most explicit the film gets. Needless to say, Taxi falls into the “unscreenable” category.

Given its lighter tone, Taxi may initially seem like a minor work, but it actually attempts something more ambitious than Panahi’s previous films. In a brisk 80 minutes and under heavy constraints, Panahi manages to create a snapshot of Iranian society, make a vital political statement and affirm the need for artistic expression. “You need to look elsewhere,” he says to a student looking for short-film ideas in old books and movies. Jafar Panahi’s Taxi does precisely that. It expands the limits of cinema from within the confines of a cab.