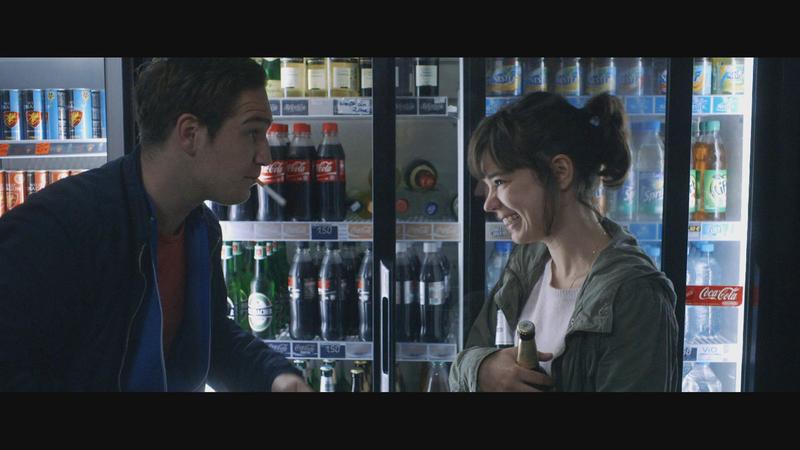 Exhilarating, terrifying and intoxicating. From its hypnotic nightclub opening scene to its emotionally stirring conclusion, it’s impossible to look away from German director Sebastian Schipper’s Victoria.

An ambitious feat, Victoria plays out its 134-minute runtime in a single, uninterrupted take. Successfully filmed on the crew’s third attempt, the film engineers over 20 public locations and 150 extras into one seamless experience. Fortunately, the film is as captivating as it is ambitious.

A Spaniard working in Germany, Victoria (Laia Costa) is at the tail end of a night out when she encounters a rambunctious group of men and forms a connection with the goofy Sonne (Frederick Lau). They all drunkenly wander the streets cracking jokes. Yet, the viewer senses a sliver of dread lurking beyond the gloss of humorous banter.

As night turns into morning, it is revealed that one of the men, Boxer (Franz Rogowski), is a former criminal. To pay off an outstanding debt of his, the men are forced to partake in a bank heist. Victoria becomes implicated in this impromptu crime and from here on in the group’s lives only spin more out of control.

This downward spiral moves at a frenetic pace as Victoria and the guys find themselves caught up in an increasingly desperate mission. The soundtrack of obtrusive piano, screeching strings and throbbing techno casts an insidious shadow over the unlucky characters. Cocaine, shootouts, stolen babies and naked clubbing are all integrated into the film’s breakneck narrative. To give any more away would spoil the unexpected ways that Victoria unravels its characters as the film unfolds.

Victoria manages to feel organic despite the dramatic plot and extensive behind-the-scenes planning needed to pull off its format. Created from a script only 12 pages long, the mostly-improvised film is filled with realistically loose-limbed dialogue. What keeps Victoria grounded is the intimacy that comes from being one extended, shakily-shot take.

Totally immersive and unique, Victoria eludes comparison. One could draw parallels to Alejandro González Iñárritu’s Birdman: Or (The Unexpected Virtue of Ignorance) (2014) with its long-take format or Tom Tykwer’s Run Lola Run which is another German movie with a spunky heroine who desperately resorts to crime. However, Victoria is its own entity and pulls off a high concept with surprising ease.

Victoria is a film that grabs you like shadow in the dark and keeps you in a stronghold for a relentless two and a half hours. The absence of editing creates enough dramatic tension that you might just forget to breathe for the second half of the film. Compulsively watchable, Victoria keeps your mind racing and heart pounding for long after the credits roll.