Cheating, ghosting and dating over the phone: IGTV Series VirtuaLove wraps up Season One 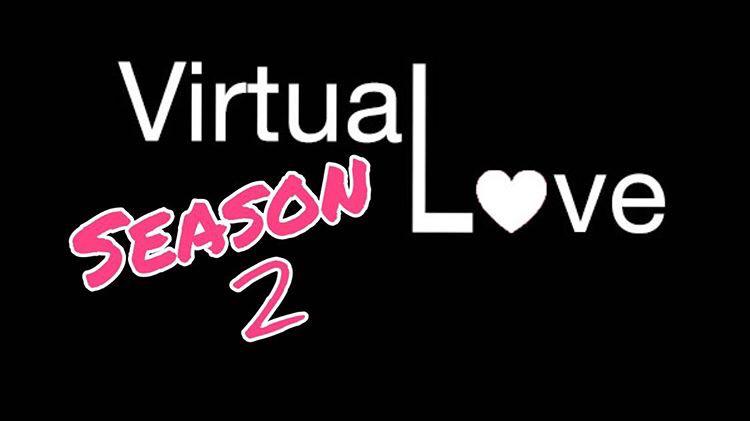 UBC VirtuaLove has wrapped up its first season where twelve UBC students appeared in a series of IGTV videos as dramatic and binge-worthy as the shows they were based on. Courtesy of UBC VirtuaLove

Classes are being moved online, and so is romance. UBC VirtuaLove has wrapped up its first season where twelve UBC students appeared in a series of IGTV videos as dramatic and binge-worthy as the shows they were based on.

Spoiler alert: this article talks about key events from season 1.

The cast of characters ranged in faculties, years and organizations. They chatted, ranked and matched — but where are they now?

Jasmin Skoupas, ‘the crazy one’

Skoupas, a first-year science student, was quickly labelled the “crazy” contestant of the season due to a comment made by Koji Aiken after their first date. Forever iconized for touching her hair every other minute, she deserves far more credit than she’s been given. Skoupas kept it real and kept it interesting.

She and her match, Raffi Santos, still keep in touch through the occasional meme and are “pretty tight.” Skoupas says most of the feedback she’s received has been positive, and although “no one really enjoys being called crazy ... it's all in good fun.” Ultimately, Skoupas was showing off her personality and advises future participants in UBC VirtuaLove to do the same. And don’t worry, she got the clout she was looking for.

It must be said: Dana deserved better! The second-year arts student was ghosted by her match, who later DMed her claiming that technology was to blame for their bitter end. They haven’t spoken since. However, Dana affirms that UBC VirtuaLove was beneficial in changing her perspective on love.

“I would say that I've become a little bit more open to the idea of personality coming before looks, even in terms of a romantic context...I think it’s almost a better way to get to know people just without seeing their face because you truly do get to connect with them without any prejudice or judgments.”

Throughout season one, Matt was torn between contestants Bella Gigone and Kayla Bleeker. Adding to the difficulty of his decision was that these two are friends. The business student ultimately chose Gigone, through the tried and true eeny, meenie, miny, moe.

“The choice between Kayla and Bella was my personal hell,” he said.

As it turns out, the founders of UBC VirtuaLove had high hopes for Matt. They use compatibility scores to determine perfect matches, or “endgames,” for every cast member. Although the founders believed that Matt was most compatible with Kayla his choice was unexpected.

Another unexpected match was the bromance that Matt had with UBC basketball player Brian Wallack, according to the producers. Matt describes him as a “great lad,” and plans to reconnect with him once school starts this fall.

The moral of the story

It seems that the trial run of UBC VirtuaLove was a success. Even if these matches haven’t blossomed into love yet, everyone seems to have at least made some friends along the way.

If the reunion has told us anything, it’s that we have some cheaters at UBC — and I’m not just talking about online exams. It seems for this cast, their biggest challenge was the urge to cheat and a lack of discipline, with almost the entire cast doing some Instagram sleuthing to reveal their matches before they’d met — except for Vik Sangar. Otherwise, talking on the phone was a struggle for some cast members.

Zeina Garawany, a season one cast member and first-year science student, says she struggled with the conversational aspects of the experiment.

“You don’t really ever have to have a 30-minute conversation with someone unless you’re in person, which is easier,” she said. Her connection with Wallack has trickled to a meme exchange. Ah, modern love.

Garawany advises not cheating as she did, “immerse [yourself] in it from the beginning, and be true to yourself.”

What to expect in season two

If you haven’t seen the reunion already: Dana will be back in season two for her second chance at a match.

The founders of UBC VirtuaLove are excited to welcome the Black Student Union, the African Awareness Initiative and Generocksity to the list of approved organizations. The founders also have no plans to reveal their identities.

To prevent cheating, the producers of UBC VirtuaLove are implementing fake names for the cast members — but no Sandras or Sams. This season the cast will be exchanging their names for food items. Let’s hope that Peanut Butter and Jelly end up together.

How to get in on season three

With 83 applications and counting, the selection process is becoming increasingly arduous, so the producers recommend showcasing your personalities, following along with their screening procedures and applying now.

Vik Sangar has contributed articles to The Ubyssey.