What makes a good meme? 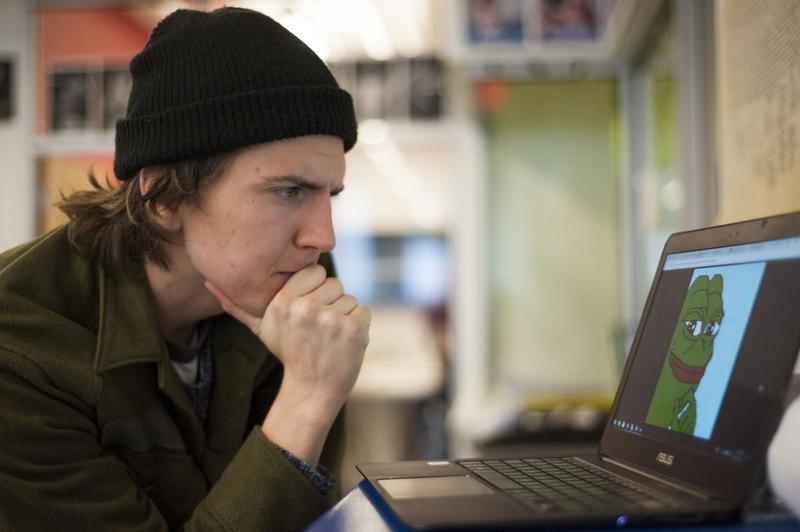 Is there a way to quantify the quality of a meme? Probably. Samuel Du Bois

Memes! What are they good for? Absolutely...everything?

From humorous digs at the stress of student life to corporate marketing tactics to the recent meme-based rivalry between UBC and SFU, memes have become nearly synonymous with internet culture and can be used and re-used for any purpose under the sun.

But not all memes are created equal.

According to Luc Briede-Cooper — the admin of the “Class of 2021 (Meme War Frontier)” Facebook group and internet culture aficionado — about the UBC/SFU meme war, UBC’s memes were criticized for their lower quality and quantity, as well as their “reversibility.”

“If you just replace the logo of SFU with any other institution, it would be just as valid,” he said in a previous interview about UBC’s memes, whereas the SFU’s memes were specific issues at UBC. “So, in that sense [UBC’s memes] are less original and creative.”

So, what makes a good meme? To answer that question, it’s important to first ask what exactly a meme is.

Briede-Cooper thinks of memes as “internet inside jokes.”

“There’s a format that you can place images or text into to defy your expectation and be humorous in some way,” he said.

Professor Dr. Sandrine Han, a visual arts and visual literacy professor whose focus is on virtual worlds, has a similar view on the definition of memes. To her, the most important aspect of an image-based meme is the interplay between text and visuals.

“The relationship between text and imagery in memes is something very interesting,” she said. “It should be relevant, but it shouldn’t be exactly the same.”

Memes may not be the first thing to employ this kind of format. Han drew a connection between memes and traditional Chinese ink paintings. Often, each new owner of one of these paintings would write a short poem on the same canvas, the result being an accumulation of different poetry on top of a single image.

This interconnection of image and text differentiates a meme from a simple caption on a photo — in most successful memes, the text and image combine to create a meaning that is different from either one alone. If the same image can be used with different text, or vice-versa, the meme has more potential for humour and applicability.

While humour is certainly an important aspect of memes, it is not necessarily the deciding factor of what makes a successful, wide-spread meme.

To Han, a clear mesh of image and text is crucial to a meme’s spread.

“[The] image needs to be bold, needs to be clear,” she said. “When you see the image, you know the intention.”

With memes, both image and text need to work together to create a quick, impactful viewing experience. Consider the popular “salt bae” and “roll safe” memes from earlier this year, the original versions of these memes had text that was very applicable to the image, easily understandable and simple to change to create new, but similar, iterations. With these memes, clarity was key.

However, there is also an aspect of irony in them.

“When a meme gets overused or washed out, it can have a resurgence from ironic memes that intentionally … subvert the format,” said Briede-Cooper.

This might include adding text to existing memes that have nothing to do with the images, or combining multiple meme formats into something new.

Ironic memes begin to creep into the territory of edgy, or “dank,” memes.

“A dank meme is always a little edgy,” said Reddit user firstyearubc on the r/UBC subreddit.

These might include memes that centre on 9/11 or make light of serious political situations.

“The more controversial something is, people tend to gravitate towards that,” said Briede-Cooper.

For him, there are definite categorizations of types of memes, each with their own criteria for success. There are “dank” memes, which are the edgy, controversial type; wholesome memes, which are “feel good memes;” and more generic relatable memes, such as student memes about essays and procrastination. The more edgy, wholesome or relatable these memes are, the more successful they will be.

Regardless of sub-classification, all memes seem to require a factor of trendiness and cultural relevance.

“Really good quality memes are ones that tap into inside jokes really early on,” said Briede-Cooper. When something happens in real life, it must be jumped on immediately, “In a different format, to create this inside joke … that you only understand if you have seen the original source.”

A good example of this was the “Trump’s executive order” meme which was very successful for a short time after the real-world event, but quickly fell out of use. Memes follow quickly shifting trend lines and may become outdated within days, so freshness and relevance are vital.

Meanwhile, what Briede-Cooper calls “underground” memes are not tied to a specific cultural event, such as “dat boi.” These might never become as widespread as an event-based meme, but may enjoy more lasting usage.

Finally, a major factor in meme success is sheer numbers.

She was referring to internet-based artists, but the concept applies to memes as well. Briede-Cooper, in his previous interview, admitted that a factor of SFU’s victory in the meme war was simply the quantity of memes that they posted.

Clarity, relatability, relative “edginess” or “wholesomeness,” cultural relevance, freshness, sheer quantity — these are some of the criteria that all successful memes seem to require.

Does this mean that a meme with all these things is a guaranteed success? It’s hard to say. The transfer of information on the internet, including memes, is a hot topic in media studies, and whole fields are devoted to researching mass culture and trends.

But if you want to become a meme mogul, being relatable, trendy and prolific seems like a good place to start.