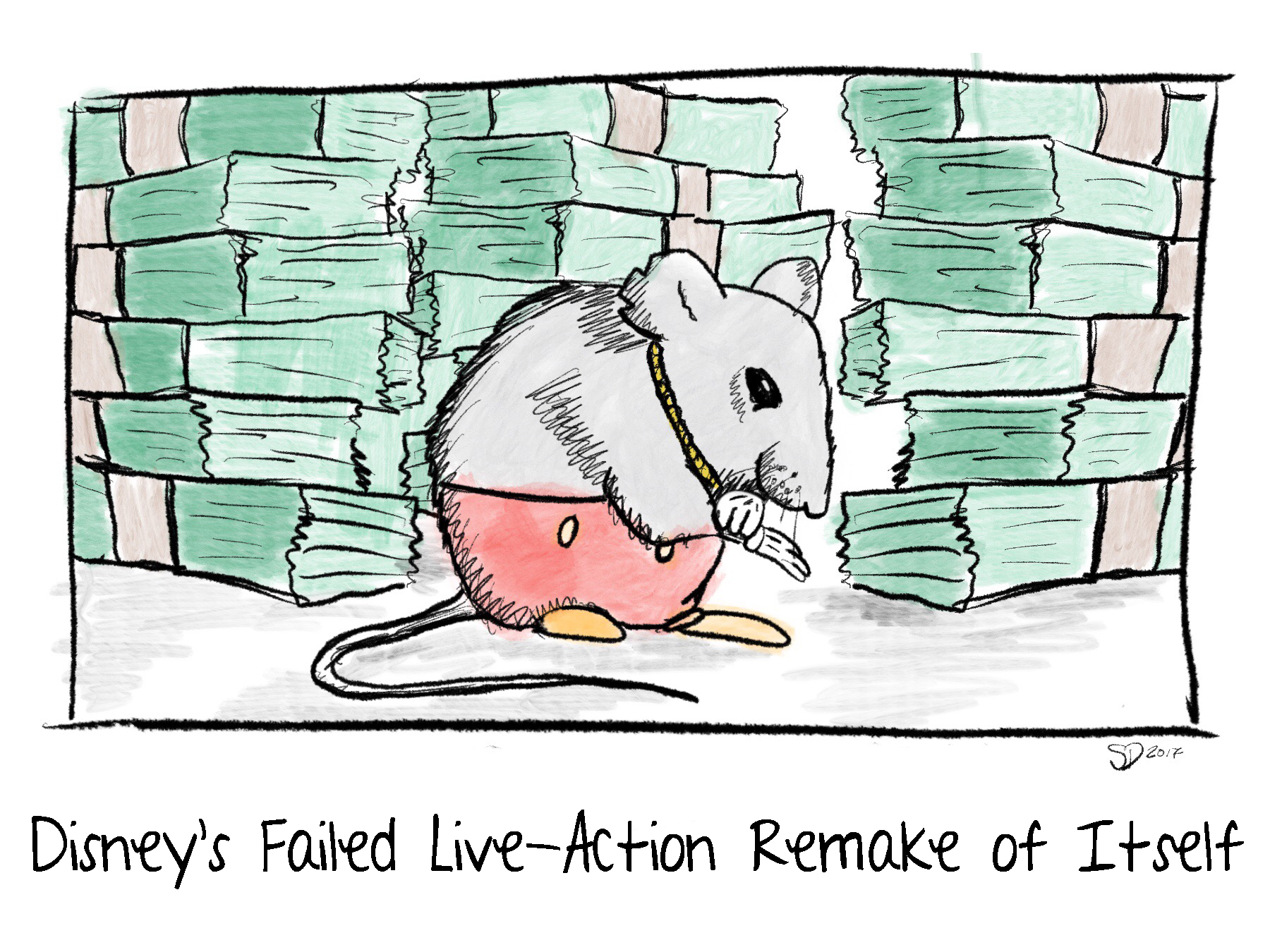 Why do most live-action remakes suck?

Beauty and the Beast, The Lion King and Mulan regaled us with adventure and the worlds they built. But, now that the original audience of the Disney Renaissance has grown into adulthood, we’ve seen a resurgence of these classic films in live-action big budget productions with A-list celebrities.

With the new upstart in this ‘genre’ of film, there comes the question of what makes these movies work? With the amazing box office success of the recent Beauty and the Beast adaptation and the myriad of announced live-action remakes like Aladdin, Dumbo and The Little Mermaid, it may be the time to look and understand what is happening when studios shift from drawings to actors.

Dr. Kim Snowden is a professor at UBC working in the Social Justice Institute whose research includes the subject of folk and fairy tales and their interactions with modern film and television. Film remakes have been around since the inception of cinema and always prove to be a box office draw. In the cases of The Jungle Book, Alice in Wonderland and Beauty and the Beast their gross is an astounding $966 million, $1 billion and $1.2 billion respectively.

Their success, as Snowden said, is “because they appeal to a wider audience … they appeal to kids, but also combine the adult nostalgia with entertainment as well as introducing the story to new audiences.”

These films feature all of the elements that older generations remember from their childhood, yet remain fresh and exciting to younger viewers who haven’t yet heard the joys of “The Bare Necessities.”

Disney is by far the biggest producer of live-action remakes, with at least a dozen announced and several rumoured films in production. Disney utilizes the live-action remake as a “marketing opportunity to appeal to an audience who doesn’t want to see the same songs and same story and wants to see complex characters with agency and independence,” said Snowden.

We’ve begun to see these characters and stories in animated films, Moana and Frozen being recent examples which were extremely successful. This new precedent of awareness affects our re-watching of the classic films. The hunt for the handsome prince has become worn out; audiences — younger and older — need more than adherence to gender roles to engage them in the story. While this has become an apparent goal of Disney, they have fallen short.

In the case of the recent live-action remakes, the studios end up “using female empowerment as a marketing tool to make themselves seem more modern.” This year’s Beauty and the Beast is a prime example of this type of “faux-feminism.”

“The film was marketed as an updated, feminist version of the story – in part because of the casting of Emma Watson,” said Snowden. “Although they did make some changes to very problematic aspects of their animated version, I feel that the film missed so many opportunities to tell a more interesting story … Giving a female character a bit more agency doesn’t make it a feminist film — all it means is that Disney knows how to draw on feminist ideas to market a film.”

Beauty and the Beast US Official Trailer

Not all live-action remakes are financially successful. The most recent previously animated box office failure is Ghost in the Shell. While not technically a remake of the 1995 anime film, as it is an adaption of the same manga, it’s hard to separate it from its predecessor. Much of the film’s failure came from the issues of white-washing the original lead character with the casting of Scarlett Johansson. This also does not bode well for some of the films on the way, such as Aladdin, which has already had backlash with the casting of non-Arabic actor Naomi Scott as Princess Jasmine.

While the upcoming Aladdin remake blundered in the casting of Princess Jasmine, there is still hope for the film — unknown Egyptian-Canadian actor Mena Massoud was cast to play the lead role. But, is this another marketing ploy by Disney to have the appearance of progressiveness? We’ll find out opening night.

“It matters that Disney pays attention to issues of representation when it comes to race, gender, sexuality, age, ability, religion etc. and that they don’t attempt to simplify by homogenizing an entire culture into a cultural stereotype,” said Snowden on the topic. “Audiences need to keep demanding that studios do better.”

A remake can be a reimagining and adaption of a story enriched by new artistic visions and passion, it can also be a contrived, trite, cash-in that studios know thousands will flock to. The animation to live-action remake is the opportunity to see the wonder of animation made tangibly magical through the wizardry of modern CGI. Ideally, it introduces a story to new audiences and provides updated characters and stories that will excite the nostalgia crowd. So far, we’ve seen a few steps in the right direction, but there remain issues that need to be addressed both by audiences and studios. But that’s not to say these films are reprehensible — there’s a whole lot of joy in those earworm, Disney songs.

“Ultimately, all issues with Disney aside, I don’t think there’s anything wrong with going to see these films,” said Snowden. “But I think it’s also important to spend your money elsewhere to get a varied picture — buy the collected works of the Brothers Grimm or the feminist retellings of Angela Carter.”

So get ready for the whole new world of live-action remakes because there are many more to come.