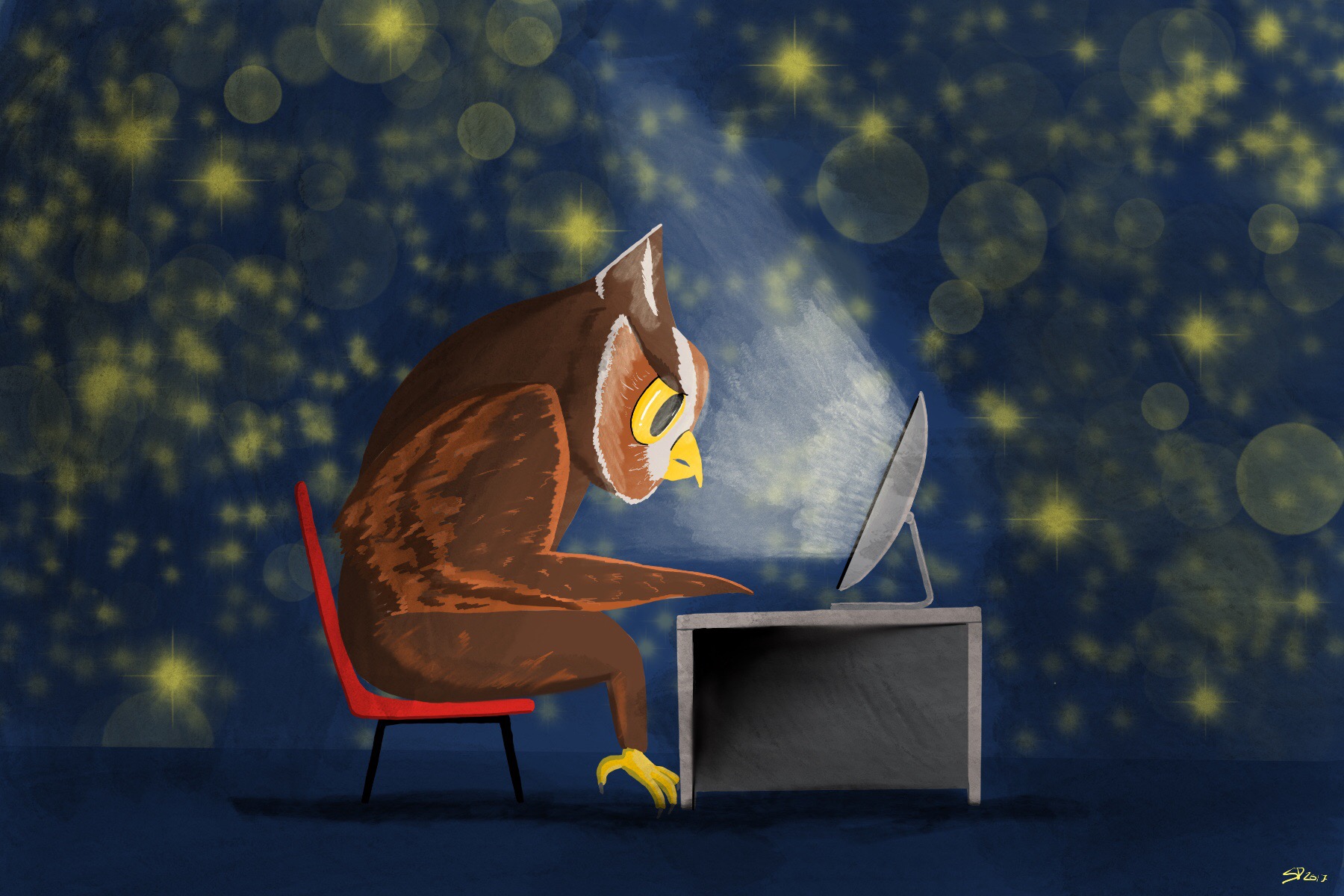 There’s a video of a man of Twitter handle @YVNSWAG_ dancing in his driveway. He’s got purple tinted dreads that whip around his head as he moves. He’s dabbing and nae-nae-ing and doing all these cool moves on his tiptoes that I don’t know the name of and he’s smiling this huge smile the whole time. He’s a great dancer.

These videos of people dancing, usually young black kids, are hugely popular across the internet and an art form in themselves. But the caption, from @chuuzus, above this particular video, which earned 230k favourites and 125k retweets, proclaims “this is art.” Each of the man’s dance moves is timed to the beats in the song. What makes this video so special? What’s the song? Well, it’s “Fireflies” by Owl City.

I talked to UBC School of Music Professor Dr. David Metzer, who teaches musicology with an emphasis on pop music. Our conversation turned to questions larger than Owl City’s resurgence: What is pop music? And what makes some songs so easy to parody?

To understand the “Fireflies” trend, it’s worth defining its genre: pop. But pop music is hard to define. There’s popular music and then there’s pop music, like Owl City or Katy Perry.

According to Metzer, pop music is “a product that’s calculated to reach a broad audience.” That doesn’t necessarily make it bad, though. “It’s so hard to write a good pop song,” said Metzer. That’s because a really good pop song has to contain “clear structures, melodies that are very catchy and effervescent” and “the music has to be built around personalities.”

Think of a song like “California Girls” by Katy Perry. Whether or not you like the song, you likely know all the words to it. That’s not only because the song is played constantly at every party and dominated radio airwaves for years (although that certainly helps). It’s because the song is melodic and has a catchy, simple hook. And because the video — which you’ve also likely seen — is an iconic, naughty ode to Candy Land with Perry wearing this bra get-up made of two spray cans from which she shoots whip cream in a not-so-subtle innuendo. With her sugary outfit, she builds a persona that is undeniably hers. It epitomizes pop music.

“Fireflies,” on the other hand, has only some of these elements. The song is catchy and melodic and sing-along-able, but Adam Young is hardly an interesting or new personality. Can you even think of what he looks like? In the song’s video, he wears jeans and a t-shirt and sits huddled over a piano. He doesn’t build a persona around himself, and it’s perhaps this gap that allows humour to slide in.

“[Fireflies] is meant to be in a dance, hip style but [Adam Young] is anything but,” Metzer says. “People would not be mocking if it was some great dance tune by a Motown artist, but [Adam young] leaves plenty of space.”

Alongside popular music there has always existed another genre running parallel: parody. Weird Al, the modern-day king of parodying, even featured “Fireflies” on his album Alcapocalypse.

Some songs seem destined to be parodied. When I first noticed the memes about Owl City, I thought back to the now-ancient meme of Rickrolling. Rick Astley’s cringe-y 1987 love ballad, “Never Gonna’ Give You Up,” experienced a resurgence in popularity when it became a prank link in the mid 2000s. People would urge you to click a link, supposedly about, say, their very important blog post, and suddenly you’d be watching Astley’s horrible dancing. You just got Rickrolled.

“Rick Astley was begging to be parodied,” Metzer said. But what about that song makes it so easy to parody? Maybe some of it has to do with our relationship with the past.

Astley’s song has “so many signifiers of the 80s,” Metzer said. “It’s easy to put on and laugh at it, like, ‘look at the way they dressed then! Look at the way his hair looks! This man is so out of his league.’” The song, then, hasn’t aged well. It’s dated and marked for the past — an epitome of all garish 80s things.

But on the other hand, plenty of the same people who Rickrolled you in 2008 — essentially mocking Astley’s song — have some serious nostalgia for other 80s songs. I think of Journey’s “Don’t Stop Believin’” which is still played at parties and not always ironically, either. People genuinely love that song.

And, Metzer believes, people genuinely love “Fireflies” too. “People might just like the song and they’re trying to find new ways of experiencing it,” he suggested. After all, @YVNSWAG_’s own caption of his video is about 30 smiley-face emojis and the words “I don’t care, I’m happy.”

Humour can be a way to honour a song. It’s not always mean spirited. Sometimes, according to Metzer, people just use “the buffer of irony” because they’re embarrassed that they like a song.

This digs at the deeper, more complex forces behind pop music.

“Music tells us a lot about how we experience emotions and understand emotions,” Metzer said. Contained within the “Fireflies” meme is a myriad of complex feelings: feelings of guilt when you — a refined music connoisseur — enjoy a hokey pop song; feelings of nostalgia for a simpler time eight years ago, when I was only thirteen when Fireflies premiered; and feelings of pleasure because it’s just a damn good song.