March marked International Women’s Month, which celebrated women’s achievements. However, the month also saw a renewed attention to the safety of women across the globe, after Sarah Everard was found dead ten days after her disappearance. 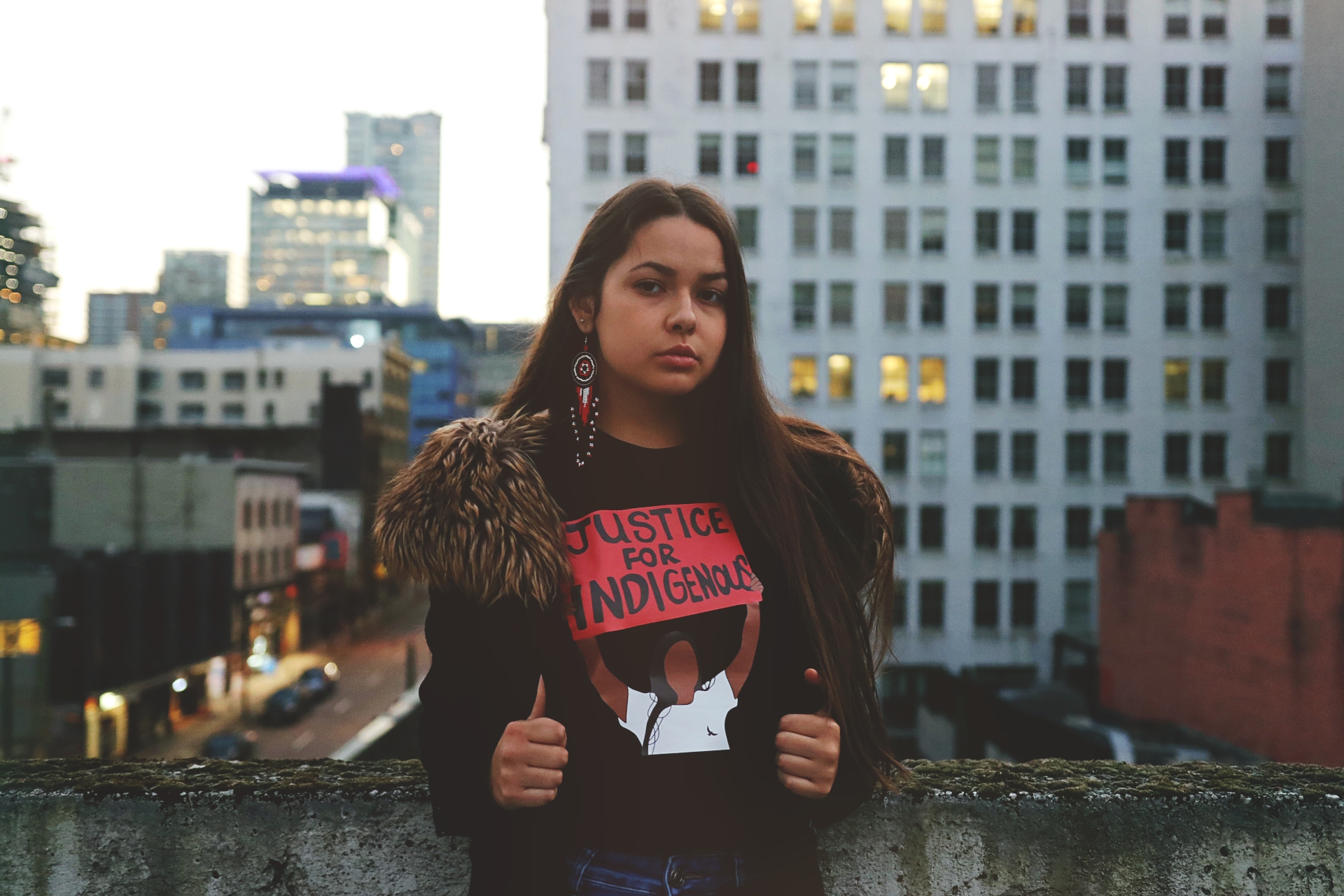 "I think it's important for me to take up that space at UBC." Courtesy RudeGang Entertainment

How has your experience been as an Indigenous, two-spirit woman at UBC?

“I've always known [that] I wanted to either pursue political science [or] Indigenous studies because as an Indigenous person, your whole life is political, whether you like it or not. I think it's important for me to take up that space at UBC.

[But] the Indigenous leadership collective has been an amazing space, and there's also the Indigenous committee. There's the Indigenous space at the Nest [where] you can smudge, there are couches, and [it’s] like a safe haven where I know I have that space to go to.”

What are you most passionate about?

“I think you have to be passionate about what you do in life but art is definitely one of [mine] for sure. I paint, I bead, I make regalia so I sew a bit and I also like sing and drum, [which I] think [is] also a form of art.”

How does your identity as an Indigenous woman come in contact with your art?

“I identify as Anishinaabekwe which is an Ojibwe woman, but I also identify as a two-spirit. What two-spirit means to me — because it can mean different things for a lot of different nations — [is that] I really connect with both feminine and masculine energies within me. I'm also queer so this has definitely impacted my art because it's a way to express myself. When I'm painting or beading it's really healing to me. I didn't have any matriarchs in my life growing up who could teach me how to do these things so it has been a learning journey for [me].” 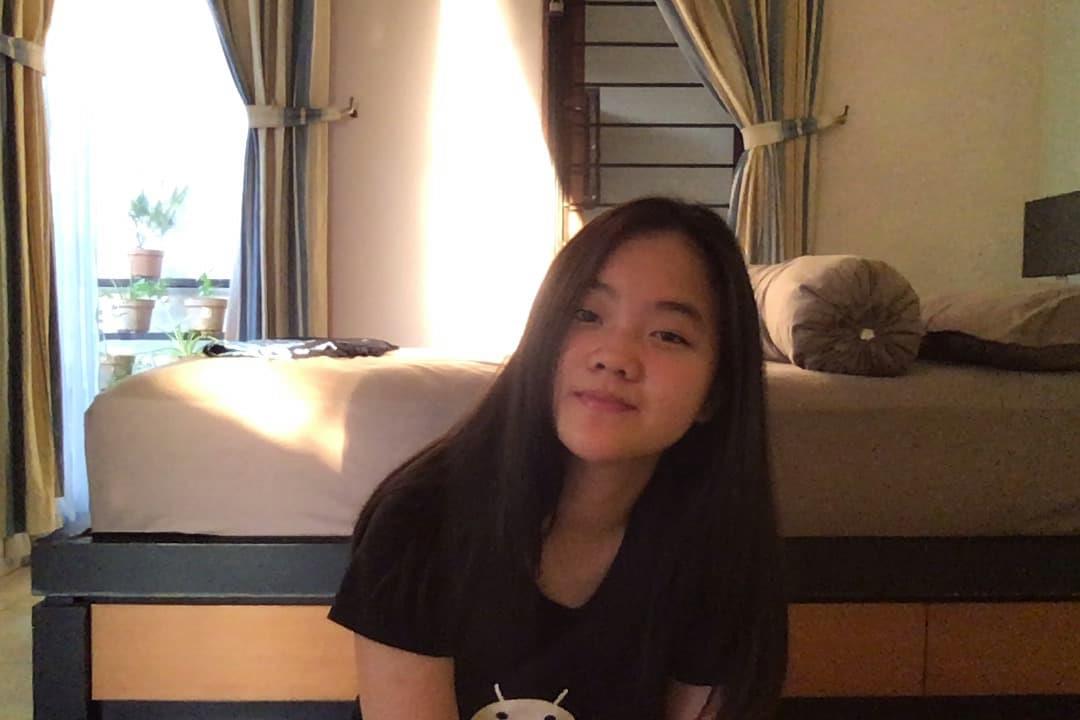 "There’s a lot of independence, you can just go somewhere by yourself." Jamie Suhardja

This is your first year here, where are you originally from?

When did you move here?

“About a month [ago]? I moved here in February”

Was there any element of a culture shock when you moved here?

“There’s a lot of independence, you can just go somewhere by yourself. Being able to ride public transport and go to places by myself is quite relieving. I didn't get to do that at home, because it was dangerous and the public transport wasn't that good. During the first two weeks, the sun set very quickly and so every time I went out, I had to plan the day to make sure that I'd be at home before the sun goes down.”

How have you been building a community for yourself at UBC?

“I've been meeting up with a few people who I've met only online [before]. I've also started to join clubs [and I’m] finding more places to be involved.” 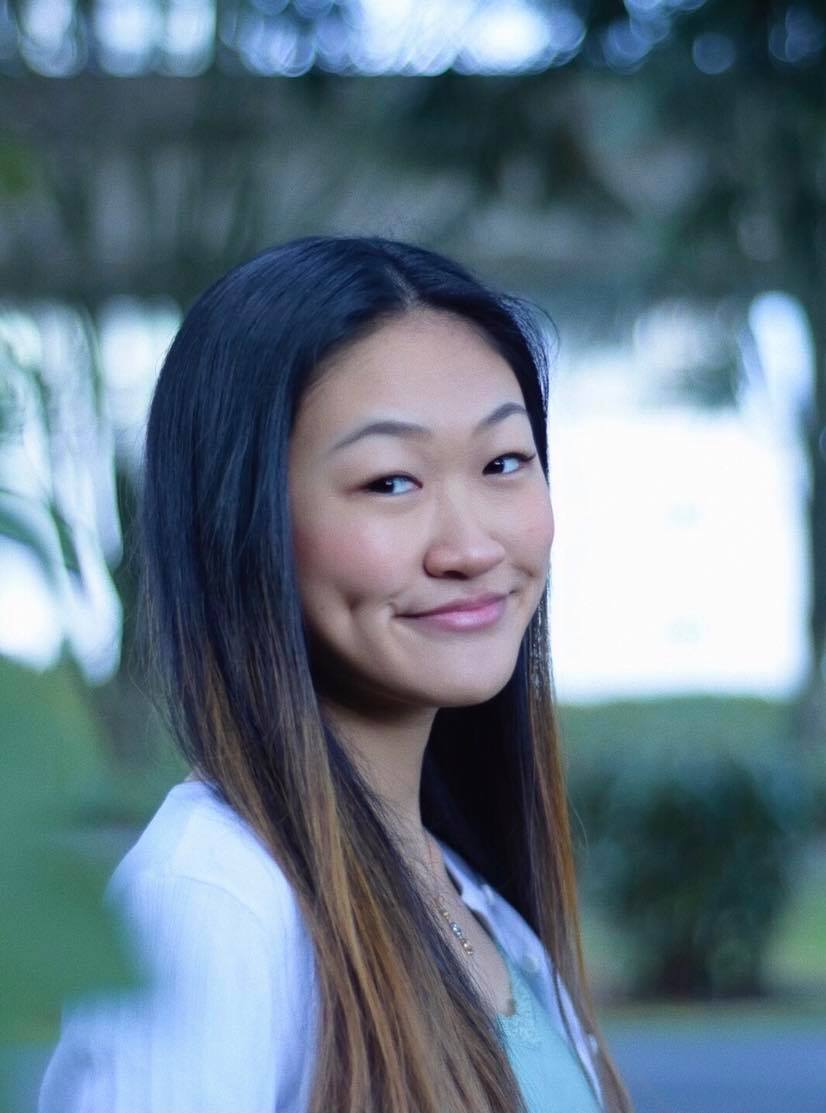 "A lot of the women in our club are so inspirational and so empowering." kodakcanvas

What are some of the challenges you’ve faced as a woman at UBC?

“I am a woman of colour in STEM and I feel [since] this field is not really represented by women all the time ... I feel like a lot of times women are also judged by things other than just being able to succeed in academia, such as [their] physical appearance. There is this underlying idea that women have to try so much harder to get to the same place as men. But it is nice to see that women have made really significant strides in improving equality in the workplace, and just being more represented in science in general.”

How has the community been for you in STEM?

“I'm part of the [Science Undergraduate Society] so that's been really great. I find that in politics, it's really interesting to see the difference in the generations because I feel like there are so many women [who are] student leaders at UBC. For example, we just got our election results last night, and it was almost all women. But then you look into politics in the real world and it's mostly men.

But I think the community has been so great. I'm also involved in the Microbiology and Immunology Science Association and again, a lot of the women in our club are so inspirational and so empowering. They do so many great things in the field and [are] really working towards amazing leadership opportunities.” 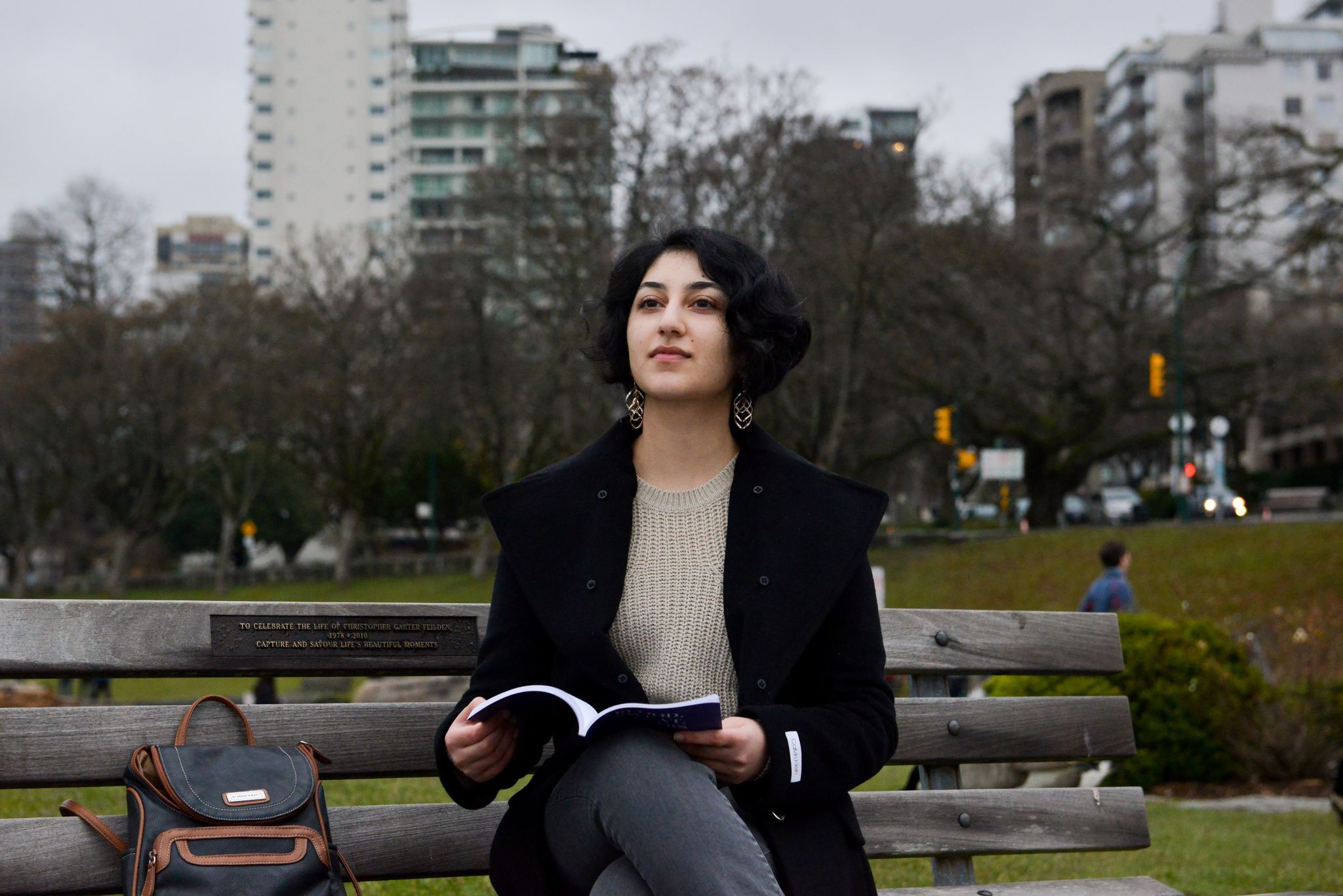 What’s something you created that you’re passionate about?

“Something that I created with a team that I'm super passionate about is our organization at BOLT Safety Society. It is a federally registered, not-for-profit organization, and we just announced that we are starting a Safe Buddy program in light of recent events (more specifically, the escalating violence against the Asian community, as well as the stalking incident in Vancouver).

How Safe Buddy works [is that] we essentially have volunteers that walk the clients home safely in pairs. It’s what we are working on right now.”

How do you manage to balance both your work for BOLT and school?

“One thing that I really appreciate about online school is the fact that we have recorded lectures, because it allows me to do things like talk to you during the day and then catch up on my lectures, during, a later period of the day or the week.

I [also] find that having a really great support network is really important.” 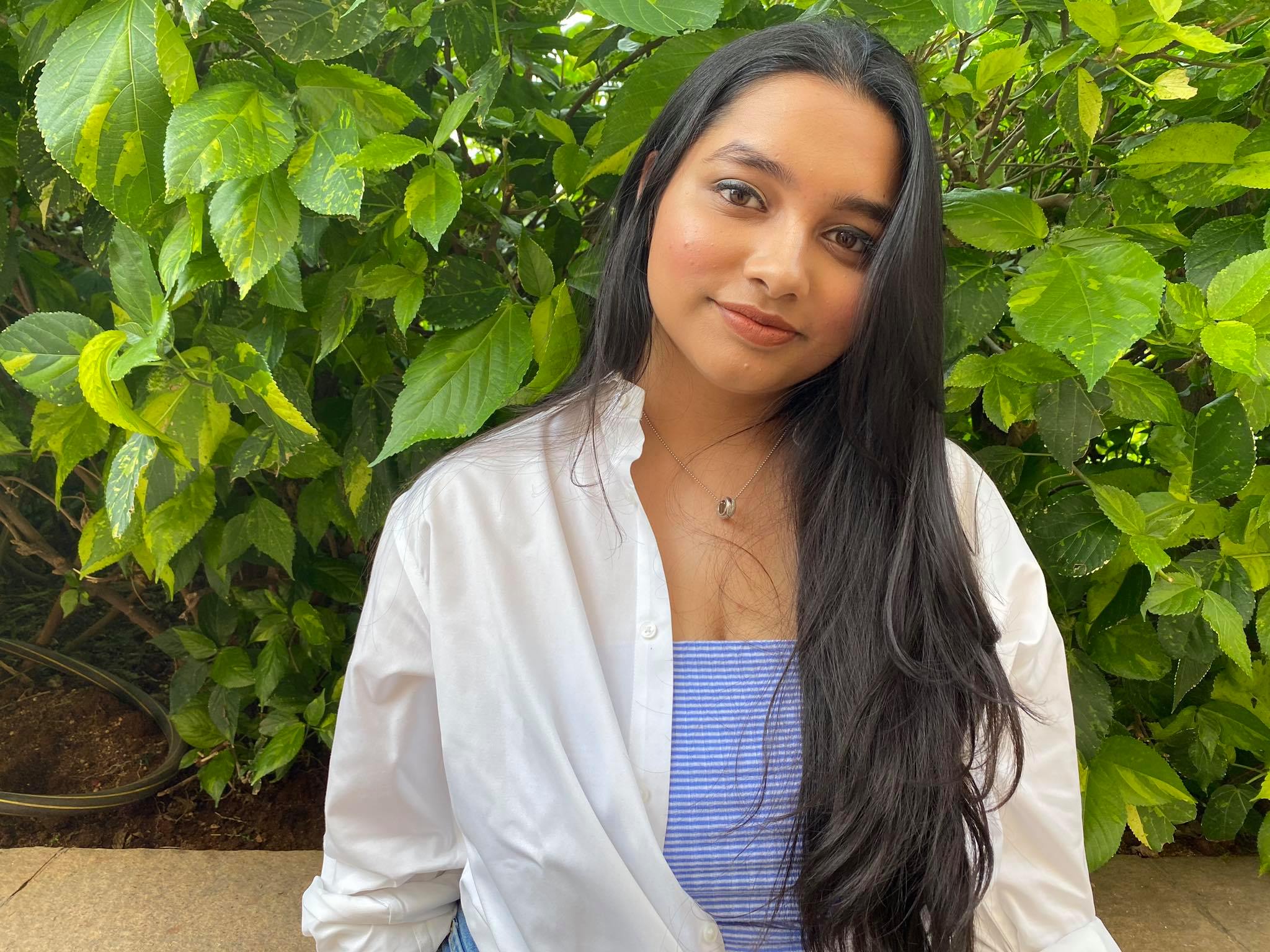 "It's not my responsibility to teach about women's safety." Sakhshi Chandak

How does your identity as a Brown woman intersect with your life at UBC?

“I always have to doubt myself. There's always a sense of me thinking twice before I say something. … I'm not someone who gets anxious very easily, but since I've been here, I’ve [become] much more conscious of how I speak [and] how I sound. [This] ended up actually stopping me from even raising my hand and classes, especially the bigger ones. I would always notice [how] white men in my class have it so much easier. I don't know if it's something that they've been conditioned to feel or [if] I see it that way.”

What’s something that people could do to help women feel safer on campus?

“Men, in general, need to educate themselves and not depend on women to teach them about it. It's not my responsibility to teach about women's safety. That is something that you should do because it's a human rights issue.”