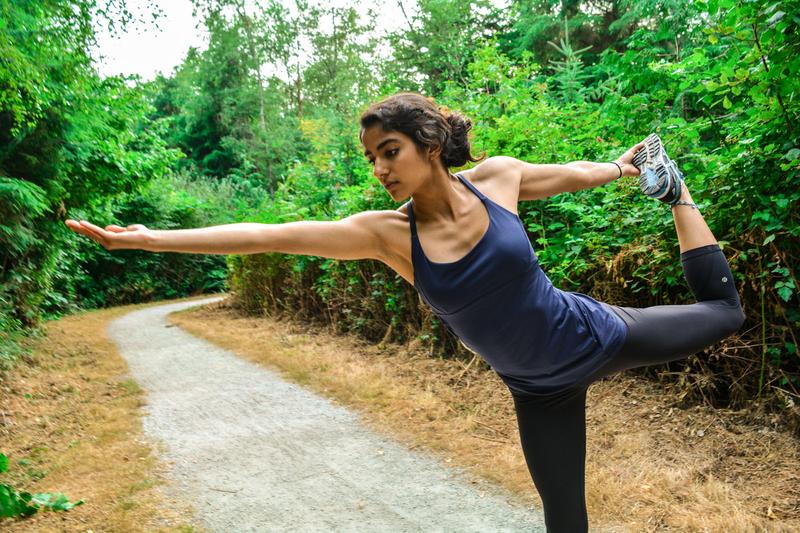 The yoga club are starting their new years classes this week.

In 2007, the UBC Yoga Club was established to help ease students through the stress of exams. Now, exams are over but with a new semester beginning, anxiety levels will be on the rise again. Luckily, UBC Yoga Club are here to help.

Yoga is widely recognized for its variety and ability to create positive energy, but there are other values — such as the history of the spiritual practice — that are commonly overlooked.

Dana Chan, a fourth-year interdisciplinary studies student joined UBC Yoga Club first in her first year and in the following term became a volunteer. Since then, she made her way up as the current president of the club and also shares her experiences as one of the instructors.

Although she joined the Yoga Club due to its affordability and schedule flexibility, she values the days she teaches yoga and can share what she knows with everyone. Moreover, she emphasizes the effectiveness of engaging in the practice for daily life applications.

“As university students, we have a lot on our minds. I know for myself, I always have eight different places I need to be and yoga puts you in the present,” said Chan. “It makes you more focused. After going to a couple classes, you might take away what you learned in class out into your real life.”

As the president of the club, she strives to maintain accessibility by not focusing on the common barrier faced by people interested in yoga — money.

“One thing I love about the club is that it is super accessible to people that might not be able to afford it in outside studios," said Chan, commenting on the ongoing commercialization of yoga. “Yoga Club tries to eliminate the aspect of finances being an issue while still maintaining as high a quality as we possibly can.”

Inspired by this growing matter, she plans on holding a “Yoga Talk” to inform the club’s members on the original history and purpose of yoga and how it has been adapted to suit modern day’s commercialized yoga industry. Additionally, her vision is to create a larger sense of community within the members of the club in order to uphold the lineage of yoga.

“Yoga — with its origin from the word 'yoke' meaning 'to unite,' especially at UBC where there is a huge community — there is also a lack of community,” Chan said. “So I’ve started to encourage teachers to talk more to members after class and create that sense of community.”

One instructor has already taken the initiative to build strong bonds in her classes.

Fábia Zutt is an instructor for the UBC Yoga Club who has been deeply involved with the practice for about 11 years. As a long-time dancer, she found the similar movements and postures of yoga fascinating and decided to engage in the practice.

“I always felt that there was more to it than just the physical aspect, but I didn’t know enough about it. I started practicing consistently about four years ago when I had to travel more and finally moved to Vancouver,” she said. “I needed something to help me reconnect and centre the body, but also the mind and soul.”

A past student at UBC, it was natural for her to become an instructor for the UBC Yoga Club after gaining teaching experience and finishing her training. Not surprisingly, it is in her classes that she unleashes her individual teaching style, which she describes as a combination of playful, creative and loving.

“It's like a dance just for yourself. I encourage the students to try things, but by being kind with their bodies — therefore I give many modifications and variations,” she said. “I like to make a practical connection to the practice, to give the students nurture for thought as well.”

In her classes, she emphasizes to her students the significance of creating a balanced community and the benefits of implementing the practice in their daily lives. By keeping this as a goal, she is constantly inspired to show her students why yoga is the way to mindful exploring and living.

“[Yoga] is a practice on many different layers and works towards balancing all these layers. In the end, it's all to live a healthier, happier life. Some people might be drawn to the practice for mainly physical reasons at the beginning, but at some point Pranayama (breath work) and meditations become more important and you start to notice the benefits off the mat.”

Both instructors share similar advice on yoga. Chan reminds everyone to listen to their own body and take advantage of the resources available to practice yoga.

“That's one thing I love about yoga — it builds body awareness. It’s just about learning how to check-in with yourself and your body and learning how to decipher all the little messages your body's trying to say to you,” she said.

Zutt also advises those who may be intimidated by yoga to keep an open mind when trying it for the first time.

“There is no right or wrong in yoga. Nothing should ever hurt or you should take a step back. In addition, try more than one class as the style or teacher you tried might just not be for you. As for the rest, be open [to] where it might get you. Maybe you enjoy practicing once a month, maybe you yourself [may] become a teacher at some point.”

UBC Yoga Club has 17 classes every week and the schedules can be found on their website.

Membership for UBC students is $10 and $20 for non-UBC students. A drop-in class is $2 each and there is no commitment.