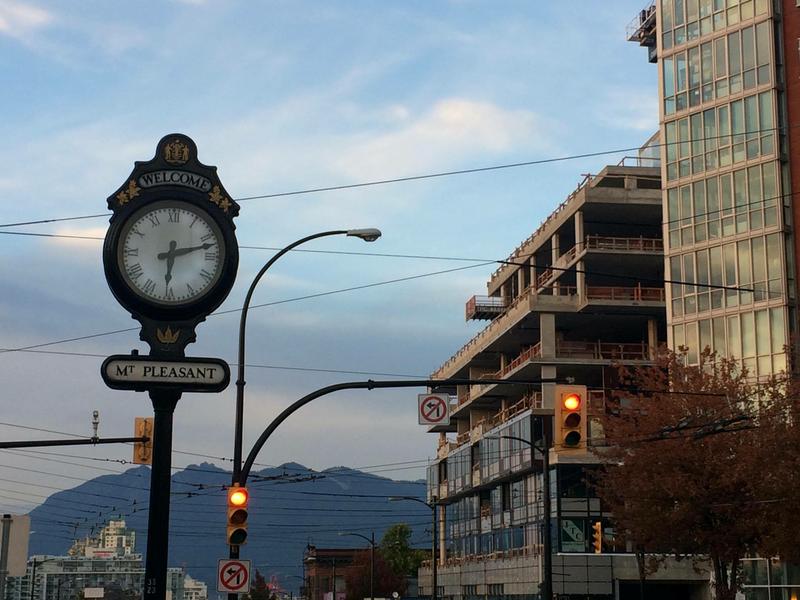 UBC gets old. After a couple months the campus feels like how Buchanan Tower looks; plain, imposing, and vaguely Stalinist.

Fortunately, there’s a world beyond this gilded Birdcage. Unfortunately, you spent all your money on tatertots and vodka shots and are too broke to afford a plane ticket out of Vancouver.

Luckily, The Ubyssey is launching a new neighbourhood series to help you go and explore that city you’ve unknowingly been living in – because there is indeed a world beyond Dunbar Street.

Mount Pleasant is centred around Main Street, bordered by 2nd in the north to and 16th in the south. Back in the day, this was Vancouver’s first suburb: it’s accessible from downtown, about as central as it gets, and has traditionally been a diverse hub for middle-class families, artists and immigrant communities (especially Filipinos, Chinese, and Ukrainians).

In translation, that means it’s gentrifying. Main used to be full of pawn shops and greasy diners, but the yuppies decided that wasn’t good enough. The greasy diners of old are being replaced by diners that are still greasy, but in an aesthetic way. You’re free to splurge on the neighbourhood’s pricier charms, but be conscious of how you spend; the older institutions are often cheaper and better anyway. Besides, you’re in East Van now. Get woke or get out.

Main Street is Vancouver’s coffee mecca. Drinking expensive pour-overs while pretending to do work is practically a regional sport here. JJ Bean and 49th Parallel have a bit of a gang war going on between 13th and 14th: pick your side, just avoid the poor lil’ Starbucks caught in the middle.

For more upscale, try one of the grocery store/coffeeshop hybrids that everyone loves these days. The Mighty Oak over on Columbia makes an awesome espresso, and The Federal Store on Quebec is obstenously cute (and also fairly pricey).

Our vote for the best coffee in the neighbourhood is Matchstick’s Kochere blend; saunter off and buy your Tinder date the best citrus-tinged bean juice money can buy.

Okay, so your Tinder date wasn’t impressed with the $10 coffee you bought. Time to eat the pain away. Chutney Villa is an incredible little family-owned gem right by the 99-B Line stop on Main. Grab a friend for a chill night and enjoy the biryani. Or hit up Budgie’s Burritos and get a vegan burrito the size of a small child for less than ten bucks. For those on a budget, Papa’s Gourmet Pizza has some of the best slices in the city for cheap.

Get your style on:

Main is Vancouver’s thrift hub. If your jean jacket hasn’t been owned by at least three other disaffected 20-somethings, it’s not up to snuff. Go to F as in Frank and pretend you understand the appeal of expensive vintage. When you give up, slip into the alleyway and pop into Rag Machine. Don’t be freaked out by the massive tubs of clothes: if you wanna find diamonds, you gotta dig.

If you still haven’t gotten over that one time you got scarlet fever from a second-hand toque, Main has fancier options. 8th and Main is as chic as it’s easy to find.

Mount Pleasant is plastered with street art. There’s a good argument that these murals are a gift for developers, designed to further the neighbourhood’s gentrification. All the same, they’re beautiful. Walk down the alley between Main and Quebec and photobomb fellow edgy 20-somethings taking profile pictures.

Check out Beer Island at night to find small herds of stoners and great views of downtown Vancouver. If the sun’s still out, Mount Pleasant Park is a great place for a picnic, talking about how you should have a picnic, or looking jealously at other people having picnics.

Mount Pleasant is is full of bearded hipsters who spend their days making refined craft beer and their nights getting blackout drunk on it.

Try 33 Acres for a bustling vibe and some of the Lower Mainland’s best brews. Uncle Abe's is an intimate, quirky little cocktail bar attached to a shawarma shop, and man, we’re not sure it gets much better than that.

If you’re not a drinker, don’t worry. There are plenty of other sins out there. Brave the line at Earnest Ice Cream – or slip into the pint express lineup, get your salted caramel and be in and out in five minutes.

Life has a lot of ephemeral questions: chocolate or vanilla? East Van or West Van? The Cairn (big block of rock) or the Cairn (AMS President)? Tonight, the question is which cabaret. The Biltmore Cabaret is one of Van’s best concert venues and in true Van fashion it’s tucked in the alley behind a really shitty hotel. Go figure. They host the brilliantly weird Ping Pong Beer Night every month.

If you feel like dancing, hit up the Fox Cabaret – they do club nights for every conceivable musical taste. (We would review this venue in greater detail but most of my fellow Ubyssey staffers tend to black out here a lot).

Debauchery done? Saunter up to Lucy’s Eastside Diner. As you’d expect from a diner that only closes on Christmas, Lucy’s is a bastion of sin and regret the likes of which you’ve never seen. Going there at 3 a.m. is like seeing a temple of the damned in action as various breeds of hipsters fight for a spot at the booth. The milkshakes (and memories) are more than worth it.

Now as your drunk ass rides the B-Line back to campus, you have time to reflect on your day. You had world-class coffee, great food, your Snapchat is slightly less boring than usual and you’ve picked up an unidentified illness from either a sketchy piece of secondhand clothing or a stranger at the Fox. Yikes. No worries, Mount Pleasant will still be here when you recover.

After all, this guide is just a start. The best spots you’ll find will be on your own.