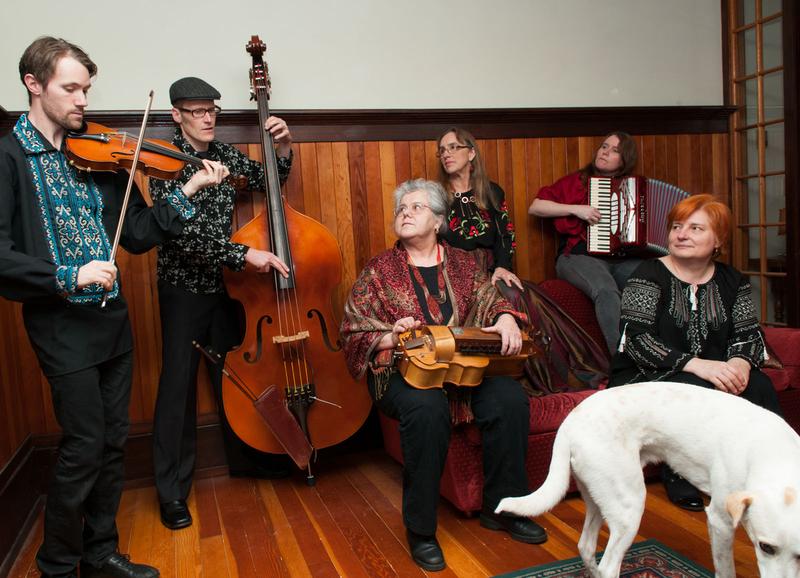 Vancouver’s global music scene was at its “golden age” in the early 90s and has recently been revived in conjunction with a renewed fight to protect Ukrainian independence.

“I’ve been a musician since I was quite young,” said Dobrinsky. “When I performed folk music, I didn’t sing any songs from my own folk — I was singing Bob Dylan and Leonard Cohen.”

If she was singing any kind of traditional music, it was traditional American music more than anything else.

“By the time I had children and wanted to get back into a music career, my Ukrainian identity was something that I needed to respond to as a musical vehicle,” she continued. “It spoke to my soul, there was something about it.”

Ukrainian culture is traditionally agriculturally-based and this is clearly reflected in the music.

“The music has a lot of nature imagery. I love the particularities of the sound,” said Dobrinsky. “It allowed me to honour my ancestors and the place I came from.”

This album, Tse Tak Bulo/That’s How it Was is the first Zeellia album to feature Dobrinsky on the hurdy gurdy, an instrument she picked up to further immerse herself in her Ukrainian roots almost 10 years ago. The hurdy gurdy comes from a minstrel tradition dating back to the 13th century.

When performing on the hurdy gurdy prior to making her new album, Dobrinsky made connections with different groups, listening to different types of music and opening concerts for other musicians.

“That was my affirmation from the world that I wanted to make Zeellia alive again,” she said. “It came to me to address that, to acknowledge something that was never meant to be hidden.”

Dobrinsky has used voices of now-deceased elders from whom she first learned her folk repertoire, re-working old songs through her own taste in music.

“Perhaps it influences in the sense that there’s an authenticity to the folk music that’s the same in a certain way,” said Dobrinsky. “Folk music is people speaking about their lives, who might not have any other voice. That’s consistent.”

Zeellia’s album launch is at the Ukrainian Hall on April 2 at 8 p.m. Dobrinsky has been involved in the Ukrainian community based at this social hub for a number of years, directing and singing in a number of choirs over the last few years.