Our Campus: Dr. Leonard Foster is researching a way to develop a more targeted vaccine for COVID-19 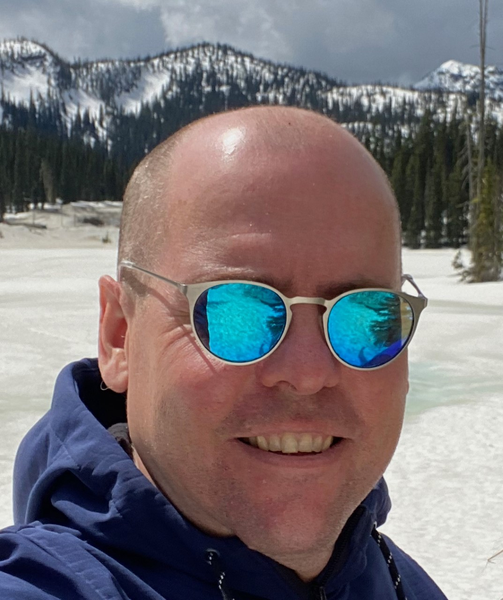 Dr. Leonard Foster’s first foray into scientific research came not in university, not even in high school, but in grade four.

“My dad was a high school science teacher, so I learned a lot about zoology, botany from an early age. From grade four onward, I participated in school science fairs,” said Foster.

These weren’t your run-of-the-mill baking soda volcano or potato battery experiments — his high school project, inspired by his parents’ interest in beekeeping, tackled one of the lesser-known mysteries surrounding honey bees.

“One of the things that bees go out and collect, that many people don’t know about, is sap from trees … if there’s increased bacterial disease in the hive, they will actively seek out this [sap] to apparently self-medicate ... so I was basically trying to prove that this [ability] was due to some specific compound in the sap,” said Foster.

Foster’s family was supportive of his extracurricular experimentation and happy to help him along. His cousin was a head lab technician at a hospital and let him use his lab to run experiments for his projects. His dad also gave him access to the high school lab.

“When I got to grade seven, I won the regional science fair and got to travel to the Canada Wide Science Fair … It was a paid trip away for a week, and it was quite eye-opening, so that drove me to keep doing science fairs in later years as well,” said Foster.

In grade 11, Foster was still working on his honey bee project so his mother, then a master’s student at Simon Fraser University (SFU), connected him with a honey bee lab there. Foster worked at the lab throughout his undergraduate degree at SFU, where he majored in biochemistry.

Academia was Always in the Cards

Having spent so much time on science projects throughout his life, Foster knew during his undergrad that academic research was what he wanted to pursue.

“I already had quite a bit of exposure to academic [research], so I thought that was quite interesting ... I probably knew more than most at my age, because I had that much experience in a lab,” said Foster.

He entered graduate school upon completing his bachelor’s, completing a PhD in biochemistry at the University of Toronto. His research deviated from honey bees to studying how the hormone insulin acts on glucose transporters to regulate glucose levels. After 4.5 years, he moved to the University of Southern Denmark to complete post-graduate work in the emerging field of proteomics. Proteomics refers to the many analytical methods that allow scientists to measure and identify proteins, whether it be in a small sample, a cell or an entire organism.

After his stint in Denmark, he began a faculty position at UBC in 2005, rising through the ranks from assistant, to associate, and finally to full professor over the span of a decade. In 2016, he became the head of the department of biochemistry and molecular biology.

On top of heading a department, Foster runs his own lab at the Proteomics Core Facility which provides protein analysis services for other researchers.

It is Foster’s work in proteomics that led to his research related to COVID-19.

Switching Gears to Battle a Pandemic

When the COVID-19 pandemic put the world in lockdown, it became clear to Foster and his colleagues that the proteomics methods they had been using could be applied to develop a vaccine for COVID-19.

“One of the directions my lab has gone in several years ago now was to use our proteomics technology to try to identify the parts of pathogens, that [is] the pieces of proteins that trigger an immune response,” said Foster.

The Foster Lab had done prior research on vaccine development and its approach could be applied to any virus. Despite the clear potential to apply these techniques to combat COVID-19, it was not initially clear if the lab would be able to switch gears to COVID-19 research.

“It was obvious, as it was for many scientists, that the approaches we’d used for other systems could be applied to SARS-CoV-2. The question really [was], whether we should really change everybody’s project in the lab, and set people back because of that, or if we could get new money to go after some of these ideas,” said Foster.

According to Foster, money “really fell out of the sky,” or rather, out of the clouds.

The Foster Lab had previously used cloud computing software donated by Microsoft in order to process the massive amounts of proteomics data they collected. When Microsoft reached out to UBC, wanting to fund COVID-19 research that used their donated software, the Foster Lab was eager to put forth an application for the funding.

But now with 72 per cent of the Canadian population vaccinated, and vaccine clinics already closing their doors in BC, it isn’t entirely clear how Foster’s research will fit into the current phase of the pandemic. However, his research certainly has wider implications in the field of vaccine development.

“And that’s why academic research can never compete with industry, when industry really throws a lot of money at it. But, it’s also pretty clear that none of the vaccines are going to work forever, and they’re going to need to constantly change. Just generally knowing how vaccines work and how to make better vaccines is going to be helpful in the future,” said Foster.

From a Molecular to a Public Health Lens

Aside from Foster’s COVID-19 vaccine research, as head of the biochemistry and molecular biology department he also has the safety of students and faculty in mind when they are back on campus for the winter term.

Prior to a mask mandate being announced in BC, Foster was considering implementing one for his department.

“I think it’s stupid to go back without a vaccine and a mask mandate,” said Foster.

“People talk about requiring vaccinations leading to a two-tier society, but the unvaccinated are already making themselves a second tier by exposing themselves unnecessarily to severe health effects that the other 80 per cent is not going to have,” said Foster.

Even successful individuals like Foster experienced the stress and uncertainty that comes with being a university student.

“[University] was definitely stressful. My grades from high school dropped a lot in first and second term, and I realized I needed to put more work in,” said Foster.

Foster believes the best way to overcome stress is to achieve a good work-life balance. For him that means spending time outdoors hiking, biking and canoeing with his kids.

Having had a long, varied career in academia that took him to many different schools, Foster recommended trying lots of different things.

For Foster, trying different things is what brought him back to BC and honey bees. The Foster Lab investigates which proteins are key for honey bees to fight off disease, a useful area of knowledge for beekeepers.

Foster also made a return to the activity that got him first started in scientific research: science fairs. He is now the chief judge of the Greater Vancouver Regional Science Fair.

“Science fairs have done a lot for me, so I wanted to keep putting some effort into it so others could benefit as well.”