Sold to the highest bidder: international students at UBC

Part two of the five-part "Whose Campus" series | Since 1997, UBC has treated international students like cash cows – with the proposed 50 per cent hike only the latest example

“I would be ashamed to try to prevent foreign students from getting some of their education in Canada,” declared UBC Chairman William Gibson.

The year was 1980 and Gibson was responding to an ultimately discredited report released by MLA Jack Davis. The report claimed that foreign students were preventing Canadians —“our own people” — from getting into BC universities.

Differential fees — the practice of charging domestic and international students different rates for the same education — did not exist at any of BC’s universities in 1980. UBC’s president opposed implementing them even though universities in Canada had begun to.

It was a time when a university’s excellence was not measured by tuition rates and international students were not seen as ATMs for cash-starved universities.

With UBC now referring to international students as “customers,” much has changed in the years since the Davis report was released to widespread condemnation. 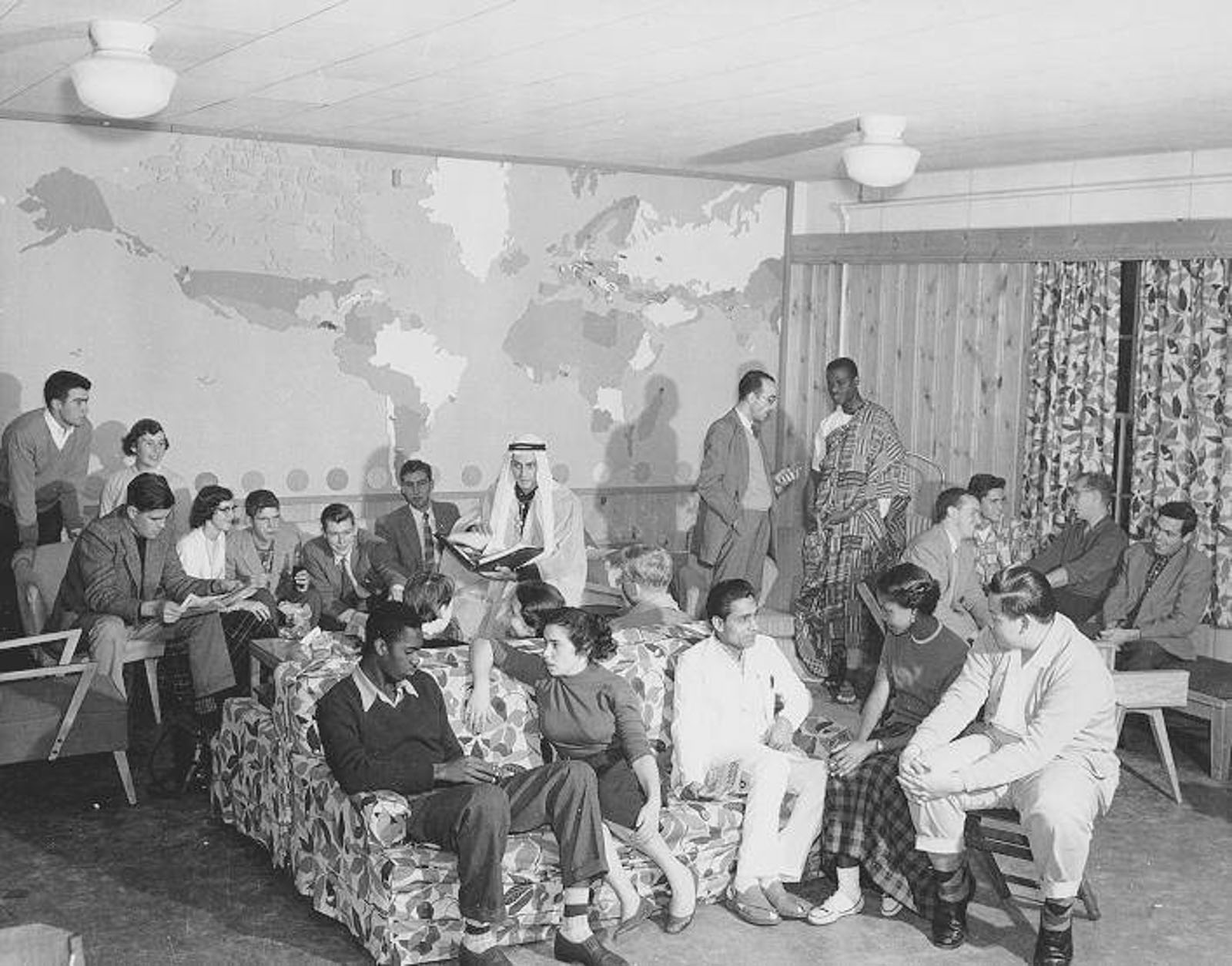 From benevolence to the free market

“CIDA had a commitment to try and support the development of countries that needed well-qualified personnel for their own government [and] for their private enterprises,” explained York University Professor Roopa Trilokekar, who studies international education. “It was about training students from the developing world for them to return back to the developing world.”

Over the next several decades, Canadian foreign policy shifted its priorities from development aid to trade and economic growth. This shift was coupled with a significant reduction in public funding for universities — federal transfer funds for post-secondary education dropped from 0.5 per cent of Canada’s GDP in 1983 to 0.33 per cent in 1989.

With a need for more revenue and the government turning away from supporting international students, Canadian universities began considering charging higher fees to non-citizens. Differential fees for international students were first proposed by the federal government as an additional source of university revenue in 1976. These higher fees became standard during the 1980s.

UBC, however, was a unique holdout and the administration opposed differentiating fees. But a provincial budget crisis in the mid-1980s meant that by 1985 international students were paying around 2.5 times the domestic rate.

Graduate students continued to pay domestic tuition fees until 1997, when UBC set fees for those programs at rates closer to what other Western universities charged for similar degrees.

The process that year was much like the proposed increase in international tuition of nearly 50 per cent announced this week, with UBC claiming it needed to set tuition at the same rate as “comparable institutions” like the University of Toronto and McGill.

The 1997 hike was far more dramatic than today's. Tuition tripled — becoming the highest in Canada at the time. But the logic has remained the same according to Doug Owram, former chancellor of UBC Okanagan and a history professor. “You can do it because others are doing it,” he said of the international tuition hikes.

This crude institutional logic was not met without resistance. Over 400 students, faculty and staff protested with a sit-in in former UBC President David Strangway’s office, but to no effect. Twenty students from the University of Victoria occupied the Deputy Minister of Education’s office in a sympathy protest. Both groups unsuccessfully argued against differentiating domestic and international fees.

While international students weren’t protected by provincial legislation, the university was barred by the Tuition Freeze Act of 1996 from raising any ancillary fees — which it had also done. When a group of students took UBC to court, a judge ruled that UBC had to reimburse students who had paid the ancillary fees. 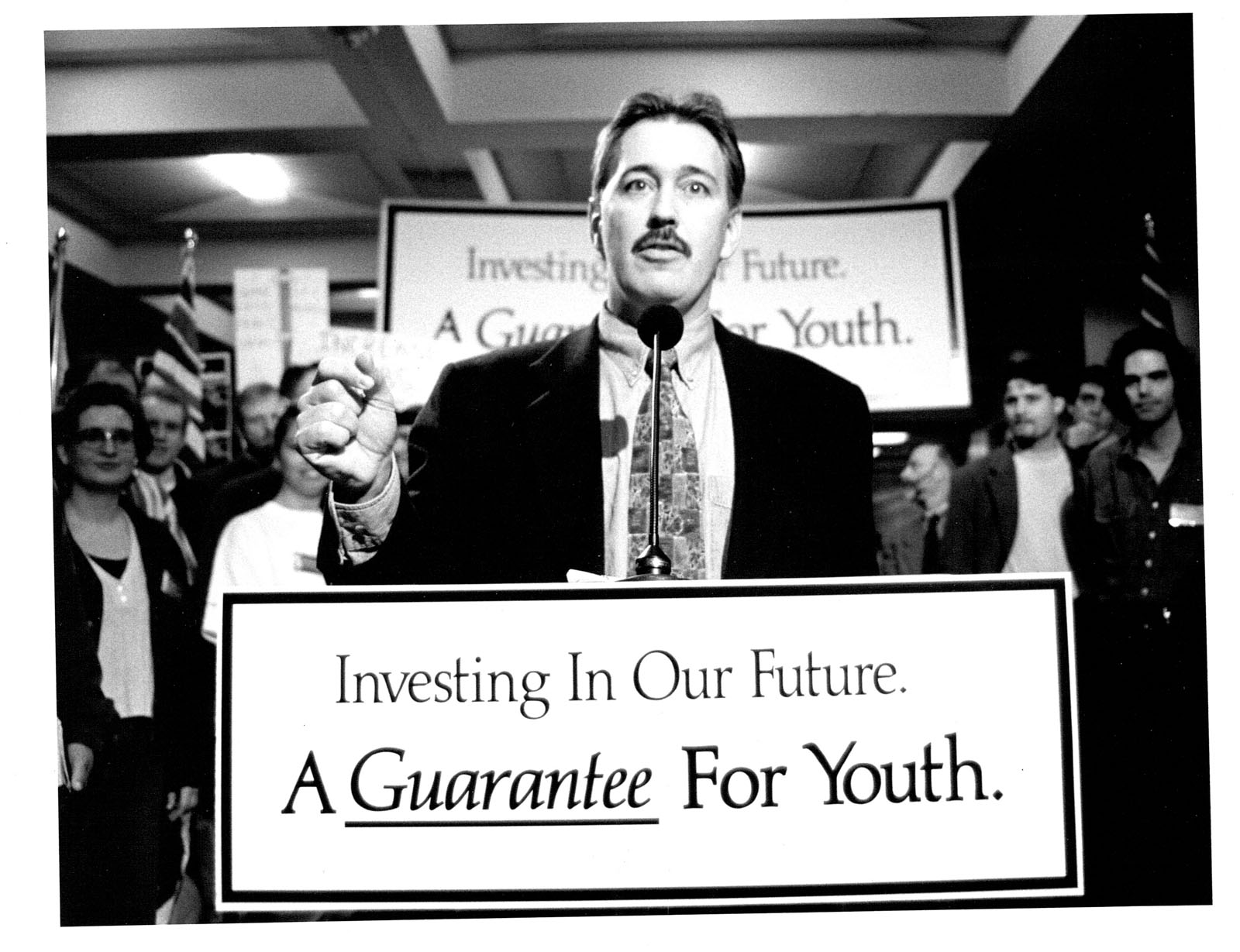 The university had also failed to follow its own Policy 71 — the administration raised tuition without any consultation with students. UBC had “created an atmosphere of hostility and mistrust,” the judge said.

Failing to consult with students was not the only lapse in UBC’s accountability. The university committed to putting 6.7 per cent of the increased tuition fees toward financial aid along with funding 10 full scholarships for students from developing countries. Yet by 1999 only 3.5 per cent of tuition was going towards financial aid and the promised scholarships had not been created.

It was also unclear how international tuition revenue was used as there was no central regulation over how individual faculties managed the funds.

As in 1997, UBC has pledged that around seven per cent of the revenue brought in from the currently proposed tuition increase will go toward financial aid. They have also acknowledged having no plan for how to spend the money that will come from the increases.

Martha Piper, who served UBC’s president for nine years starting in 1997, returned this summer in an interim capacity.

By 2001, international education had shifted to a completely market-oriented model and at UBC fees were over six times higher than domestic tuition. In 2013, the Canadian International Development Agency — responsible for first encouraging students to study abroad in Canada — lost its autonomy and was merged into the Department of Foreign Affairs and oriented toward aiding Canadian economic interests abroad.

However, the international tuition hikes did not lower undergraduate enrollment at UBC. That is because just before what would amount to a 600 per cent increase on international tuition was implemented UBC began to actively recruit foreign students. The International Student Initiative, which today recruits students in 78 countries, was established in 1995. The creation of ISI was accompanied by a mandate to create more capacity for international undergraduates at UBC from whom they could then charge higher, market-based fees not capped by the domestic tuition freeze.

The government’s stated goal is to attract 450,00 international students to Canada by 2022 in order to sustain a total of 173,000 new jobs and generate $910 million in new tax revenue.

“It’s back in the old neo-colonial game of resource plundering, except now what we’re doing is we’re plundering human resources”

The policy outlines how efforts should be concentrated on “branding Canada to maximize success.”

" [A] clear long-term strategy is needed to ensure that Canada maintains and increases its market share of the best and brightest international students and researchers,” an advisory panel reported. Such a plan would be key to securing Canada’s economic success, according to the policy.

Karen McKellin, UBC’s International Student Initiative’s executive director, uses a similar commercial rhetoric when discussing the impact the current proposed tuition hikes will have on recruitment. She explained that applications to UBC rose last year despite the 10 per cent tuition increase implemented for the 2015/16 academic year.

“It doesn’t always mean that your customers drop off when your fees go up,” McKellin said, noting UBC’s international ranking. “If you have a really good product ... then some parents and families just dig a little deeper.”

She believes students will not be deterred from applying to UBC once they recognize that UBC’s competitors’ tuition is also increasing.

“‘We have to position ourselves in the global market,’ to me, is very problematic,” said Kumari Beck, an SFU professor who studies international education. She expressed concern that when degrees become viewed as commodities international students are “objectified as the means to that end.”

“It’s back in the old neo-colonial game of resource plundering, except now what we’re doing is we’re plundering human resources,” Beck said, referring to how international students are targeted as the ideal immigrants to sustain the growth of Canada’s workforce.

“Not all students have the global mobility that employers would like to see,” Ratner told The Ubyssey.

Beck believes more value should be placed on what international students bring in terms of a diversity of perspectives. That could result from better government funding for higher education and a relaxation of the competitive market-driven approach to recruiting international students, she said. 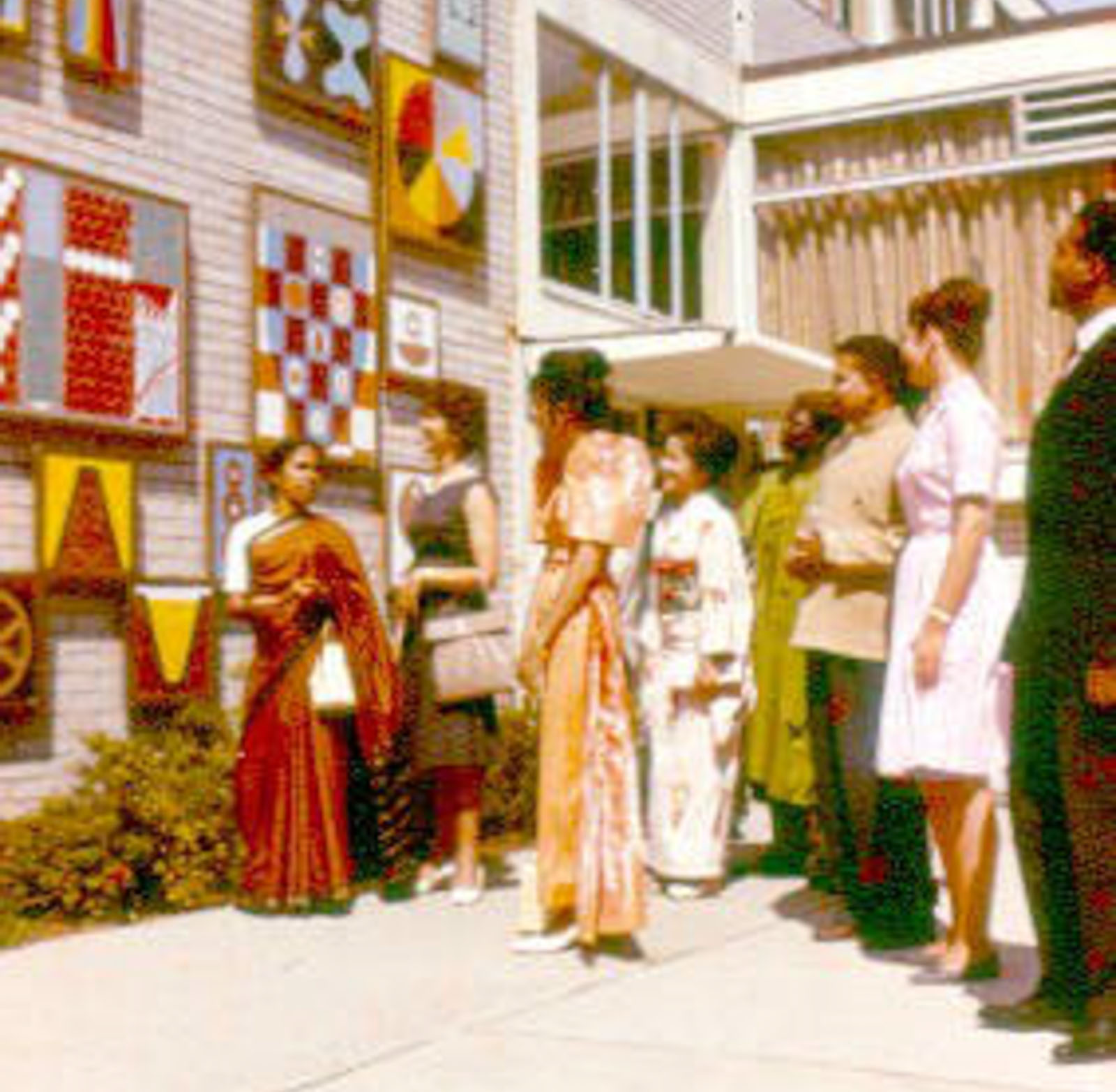 “It’s just not true,” he emphasized, arguing that both universities and governments have a responsibility to correct these misconceptions.

UBC says they fill every domestic student slot that the province provides funding for and create additional capacity in order to enroll students from abroad.

“The message has to be repeated over and over for people to get it,” said Owram.

When Mohamed Shaaban applied to university, UBC was his ninth choice. Despite gaining admission to his top eight choices including partial scholarships McGill and the prestigious Hong Kong University, he chose UBC for financial reasons — he was awarded the International Leader of Tomorrow scholarship which covers the full cost of his studies.

“I love this decision,” said Shaaban, an Egyptian third-year math and physics student.

“They might be diverse in that they’re from different countries, but they’re all sort of the same person,” Shaaban said of his international classmates. “It’s the upper-middle class citizen who went to an international school, a who-can-afford-coming-to-UBC kind of person.” 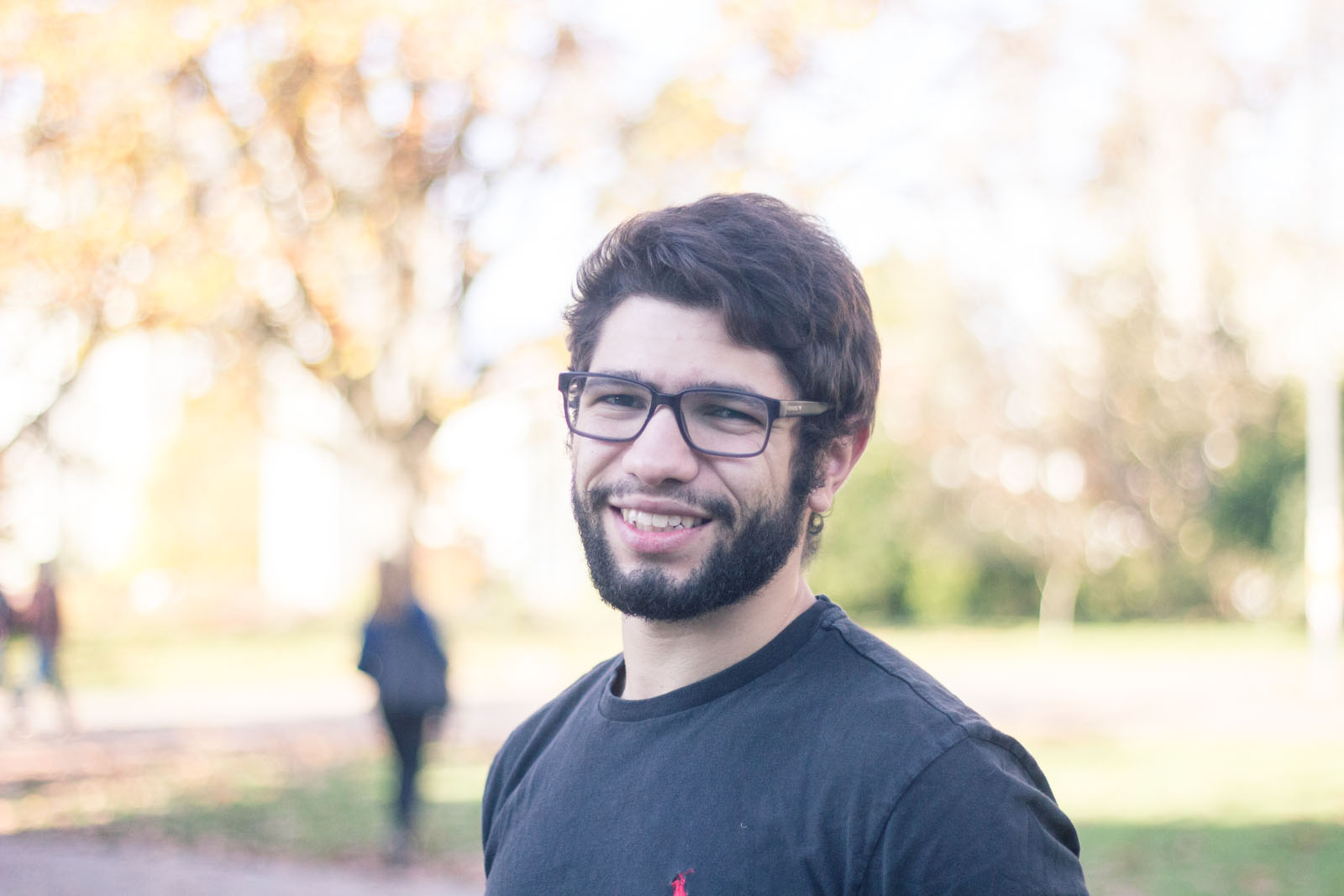 Egyptian third-year math and physics student Mohamed Shaaban is worried about what the recently announced international tuition increases will mean for the diversity of the international student community on campus. Photo Matt Langmuir / The Ubyssey

With UBC already only accessible to the most privileged classes in developing countries, Shaaban said raising tuition more can only limit the educational experience that UBC provides.

Although he is not opposed to tuition increases in light of government funding cuts or to invest in student financial aid or services, Shaaban is against raising tuition simply to match the rates of other institutions.

“That is not a valid reason,” he said. “In mathematics, we’re always taught logic and flow — you’d get a zero on your assignment if that was your reasoning.”

- UBC should cap international tuition no higher than cost-recovery levels