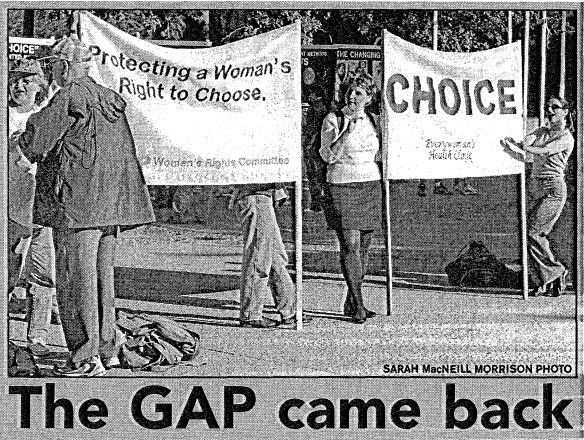 Last week’s pro-life protests and the counter-protests that sprung up next to them generated a lot of discourse on campus. But they’re actually nothing new — UBC has a history of abortion activism, on both sides of the issue, stretching back to the 1970s. The Ubyssey looked through our archives and compiled a timeline of the abortion rights movement, backlash from the legalization of abortion and subsequent pro-life movements spearheaded by students at UBC.

This timeline does not include every incident, especially from recent years, but aims to provide an overview of the activism over the last 40 years.

Clicking on headlines will connect to the corresponding archival issue. Timeline by Peter Siemens / The Ubyssey.