As UBC prepares to release its annual animal research data, critics continue to assail the ethics of testing on animals. UBC insists it’s necessary for medical science to advance.

Although it goes unnoticed by most students, UBC’s animal research program consistently manages to draw criticism from dedicated activists. As the university prepares its annual release of data on the program — which is expected by the end of the year — faculty and administrators continue to defend the necessity of using animal testing in the face of opposition.

According to 2013 statistics, 98 per cent of the animals studied were rodents, fish, reptiles or amphibians with the other two per cent comprised of birds and larger mammals.

Around one-third of the animals at UBC used in experiments were deemed by the Canadian Council of Animal Care to cause them moderate to severe distress or discomfort — known as category D experiments.

Supporters of animal research argue that it is necessary for scientific discoveries and advances in medicine. But opponents maintain that inflicting pain on animals — even in the service of science — is unjustifiable. 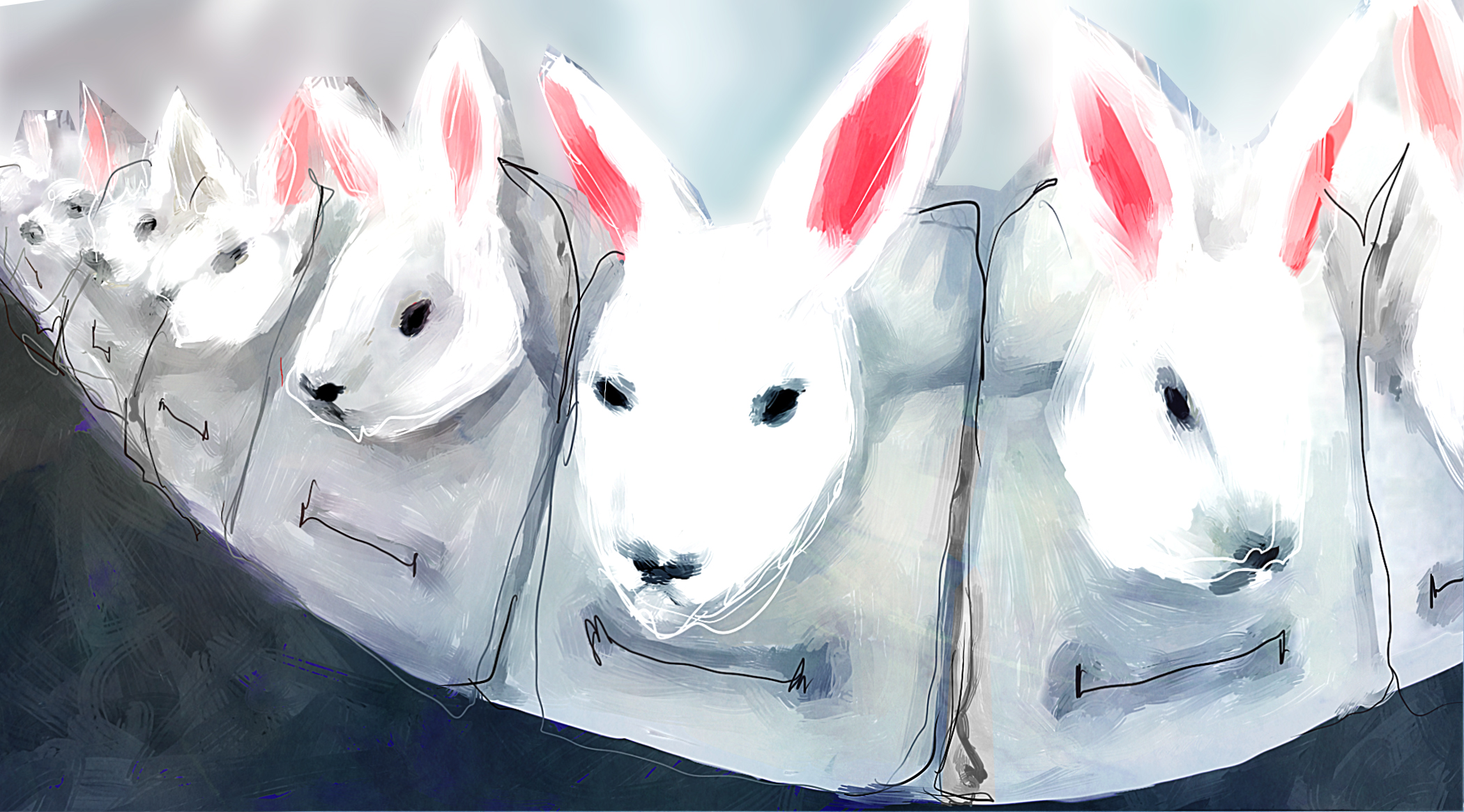 STOP UBC Animal Research is the group that originally put pressure on UBC to become more transparent about their use of animals in research by publishing statistics, which the university began doing in 2011. Their current goal is to get UBC to put a moratorium on all Category D and E experiments.

“These animals are all very sentient,” said Darren Chang, a volunteer for STOP. “They can feel happiness and joy, they form relationships with other animals and they’re being subjected to really cruel and torturous experiments.”

While STOP has submitted a petition with over 22,000 signatures to the UBC Senate, Chang said UBC has ignored the motion.

STOP is especially concerned with the research of Doris Doudet, a leading neuroscientist who studies the effects of Parkinson’s disease using non-human primates as models.

Doudet has been injecting primates with MPTP — a drug that causes permanent symptoms of Parkinson’s disease such as tremors in the limbs, difficulty moving, rigid muscles as well as impaired balance, posture and automatic movements.

Although Chang views her research as “basically torturing these animals,” UBC veterinarian Ian Welch noted that her experiments have led to insightful research on Parkinson’s in several scientific journals.

“She has spent many years trying to understand the underlying mechanisms that will help to create treatments for Parkinson’s,” said Welch.

STOP ultimately aims to have animal research at UBC replaced by alternative models.

Common alternatives to animal testing include in-vitro research with the use of test tubes and culture dishes, post-mortem studies, computer modelling and using human stem cells. However, scientists at UBC find that animal models are often the only way to examine their research problems.

Fabio Rossi is a UBC professor studying inflammation and tissue regeneration by frequently using mice. One of his studies involves injecting a drop of snake venom into a mouse’s shin-muscle — which mimics the effects of a bruise — in order to study how the inflammatory system responds. This experiment is classified as Category D — moderate to severe distress or discomfort. Rossi, however, said that none of the mice suffered.

Although Rossi wishes he could replicate his experiments outside of an animal model, none of the alternatives offer him an adequate representation of the dynamic inflammatory system.

“We don’t know enough about how things work in a body in general and ... in pathological situations to build a simulation of it,” Rossi explained.

In order to conduct studies on animals, UBC researchers must go through an extensive application process to ensure that animal experiments are conducted ethically and only when necessary, Welch said.

“I have never really met a researcher that wanted to use animals in research.”

The first step is an application for funding. Grant applications are heavily reviewed to ensure sound scientific hypotheses and methods as well as determine whether the proposed research is original and necessary.

The proposed study is then sent to the UBC Animal Care Committee for an ethical review known as the Three Rs: replace (“Is there any other way we can answer this question without using an animal model?”), reduction (“We want to make sure the minimum number of animals are being used to answer the question”) and refinement (“If there’s an easier and better way to do something that causes less pain and distress, we will always pressure researchers or force them into using refinement”).

Once the application is approved by the committee, the researcher must pass a training program. After they begin their experiments, researchers are monitored to ensure they adhere to approved methods.

“At the funding agency level when they review animal research, they don’t review the ethics of it,” Chang said. “By the time the animal research gets ethical review, the money is already in the hands of the researchers.”

Chang also criticized the Animal Care Committee as being comprised of pro-animal research scientists with conflicts of interest.

But according to Welch, the committee consists of both academics who use animal research and those who don’t in addition to veterinarians and community representatives unaffiliated with the university.

Welch also notes that his colleagues aren’t enthusiastic about using animals in their research.

“I have never really met a researcher that wanted to use animals in research,” he said. “They have pets, they have families .... They use them because of the nature of the questions they’re trying to answer and they cannot find an alternative to an animal to answer those questions.”

UBC’s animal research is also overseen by the Canadian Council for Animal Care (CCAC), a not-for-profit organization partly funded by the government which seeks to minimize and ensure a certain level of care for animals used in academic research.

The Three R’s and the Categories of Invasiveness scale are paradigms of the CCAC.

In 2013, the CCAC awarded UBC a certificate of Good Animal Care — a certificate crucial in order to receive federal funding for animal research and which indicates that UBC’s practices are aligned with the ethical considerations of the CCAC.

“If there was a situation where there was an animal-based science program that was not compliant with our standards, the institution would be required to make changes necessary to bring their program to compliance,” said CCAC Executive Director Louise Desjardins.

Desjardins also commended UBC for their transparency regarding their animal research.

“This university has voluntarily published its annual animal data and its CCAC assessment report,” he noted. “This is their move towards greater transparency and public accountability, and that’s one that the CCAC strongly supports.”

Three practices were labelled “Does not Meet CCAC Standards.”

Regardless of the university’s efforts to conduct research ethically, Chang insists they are nothing more than attempts to defend inherently immoral acts.

“These animals do not consent to be there, they don’t want to be there [and] they’re just being taken against their will and exploited,” Chang said. “There is no right way to do a wrong thing.”

Nearly 60 per cent of the animals used in UBC research are rodents, mostly owing to the relative ease of handling them and a lower cost of care than larger animals. The majority of lab animals at UBC are eventually euthanized so that their tissues can be harvested and tested.

“Most of us doing rodent research want to look inside,” Rossi explained.

Scientists have become adept at working with mice and developed tools — such as the sequencing of their entire genetic makeup — that are not available for other animals. This understanding allows researchers to determine how a disease impacting a mouse or rat would impact a human.

“Once we can find out what the genetic complication, deficiency or overexpression on the human side is, we can then find the corresponding info in the mouse and create the same types of changes so that we can replicate that human condition,” Welch said.

While animal activists strive for researchers to use less animals, Rossi warns that such an approach could hurt scientific progress.

“We run the risk of reducing them so much that the experiment no longer has the statistical power to give an understandable answer,” he said, explaining that many animals need to be tested to produce verifiable results.

If fewer animals are tested, “you’re wasting animals because you are subjecting them to a procedure that maybe creates discomfort for them [and] then you didn’t do it with enough numbers to get an answer that is interpretable.”

UBC’s statistics from the years between 2010 and 2013 do not show any significant variation in trends terms of species used, invasiveness levels or total animals used in general.  The lowest count of animals was 211,604 in 2010 while the highest count was in 2012 with 227,362.

Rossi wishes he could find another way to conduct his research, but an alternative that can replicate his experiments well is unlikely to become available soon.

“To be honest, I doubt that a predictive simulation — which is what we should strive to if you’re doing an experiment — will appear in my lifetime,” he said. U