Black on campus: Am I aca-crazy? 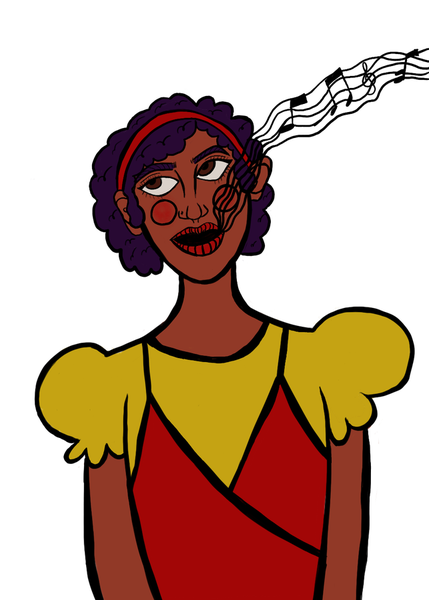 These kinds of experiences baffled me because they were so nice. Jade Olaniyan

There was nothing overwhelmingly negative about being the only Black person in my a cappella group. Like most social situations I’d encountered in Vancouver, it was annoyingly polite and devoid of tact from the other party e.g. they sometimes asked us to sing like “an African-American choir” during practice. I am not African-American, but as the only Black person, I was livid. But I thought I could ignore it.

I figured out quite quickly that it was going to be up to me to facilitate all social interactions. This was very uncomfortable as I was someone relatively new to the group, to the school and to the country. Everyone was nice and polite. Yes, some people told me the places they’d been to in Africa recently. But no one did anything out of the ordinary. Weeks passed and I saw everyone pairing up to become friends and making plans outside of the group. I had saddled myself with a lot of extracurriculars that year so I couldn’t keep up. I thought maybe they’d already known each other before (they didn’t). It just wasn’t coming naturally to me. Most of them hadn’t had to interact with someone from Nigeria, I guess.

But then it really became uncomfortable. We were voting for a song to sing at a showcase. “Africa” by Toto was up for a vote. It’s an amazing song, but it also reeks of colonial sentiment and the never-ending exotification of Africa. Like all we had were dogs and trees. And because it’s wildly popular, it fuelled the West’s ignorance. It made Africa synonymous with safaris and lions. I was tired of that narrative of Africa. When it was time to vote, I expressed these sentiments. But other members of the a capella group brought up how the song has different meanings to them.

On a primary level, I agreed with them.

But our lived experiences are different. And because of the lack of education and conversation around African history, they might not have understood the full scope of Africa’s suffering such as that occurred under the violence committed by King Leopold in Congo, a genocide in which 10-15 million people died.

Thankfully, I won the vote.

These kinds of experiences baffled me because they were so nice. Many people of colour in Vancouver experience this dichotomy of confusion and dissonance — we feel crazy for even suspecting any wrongdoing! The aggressors are never highly visible, and everything is chalked up to ignorance. “They don’t know better,” I’m told. But I know how to respect the cultures and structures that I have newly encountered here. Despite having been raised somewhere totally different I am careful with my speech and empathetic to the many differences I encounter. Still, I am told to give the West a break, use it as a teaching moment, rid them of their ignorance and declare them as “woke.”

But didn’t I come here to be taught?

This piece has been updated to clarify the group discussion around the song.