Students are lonely. What can we (and UBC) do about it?

"Whenever I might feel lonely, I know I have the students and faculty at UBC to support me and be there for me."

Sofia Cardenas travelled nearly 7,000 kilometres away from home to attend UBC, but soon after her arrival, she began to feel a “lack of belongingness.”

Despite numbering over 50,000, UBC students remains vulnerable to feelings of loneliness troubling universities around the country.

In a survey conducted by the American College Health Association on a Canadian reference group, 69.2 per cent of surveyed university students reported feeling lonely in the last 12 months.

Students who talked to The Ubyssey had unique stories stemming from common roots ranging from difficulty in navigating life on campus and finding peers with similar interests.

“My transition to UBC was very hard. I felt so lonely during my first year that I actually considered dropping out of UBC,” said Cardenas, a second-year business student.

“I had friends but they were not really friends. How could I even call them friends? We barely [knew] each other and it was very hard to be able to find them around later.”

Loneliness can be more than simple solitude.

“Unlike just being alone, feeling lonely — because of a lack of community or general empathy from others — was frustrating for my mental health,” Cardenas said.

A search for “lonely” on r/UBC returns countless Reddit posts of students expressing feelings of anxiety and dejection.

“It’s gotten to the point where sometimes I can’t even do any work because of it,” wrote Reddit user Hailey172. “It’s kind of weird because I do have friends that I can hang out with but I just always feel so lonely.”

Cardenas highlighted the role of social media in creating a person’s skewed view of their peers’ popularity.

“Everyone makes it seem like they are living a better life compared to yours on social media. [Comparing] yourself with others on social media gives rise to insecurities amongst people, so they start to feel scared to approach others and feel low about themselves,” she said.

“From Misperception to Social Connection,” a UBC academic paper on interpersonal relationships, also notes that people tend to overestimate the number of friends their peers have. “People are systematically biased to see themselves as worse off than their peers,” the paper adds.

Our generation, in context

Dr. Emily Jenkins, an assistant professor at UBC’s School of Nursing, outlined the severity of the problem.

“Loneliness is a sense of being alone [that] can result in people feeling like they’re isolated, unwanted, empty and those kinds of feelings,” she said.

She emphasized the strong two-way association between loneliness and mental health challenges such as depression and anxiety.

Jenkins added that some research and surveys show the current youth generation is lonelier than the other generations.

“There’s a few hypotheses around why that might be,” she said. “One of them is a growing reliance on social media as a form of engagement.

“And when people are reliant on [social media] as a source of connection, [these connections] can be quite superficial and can leave people with [an] unrealistic sense of what engagement and connection should be.”

I had friends but they were not really friends.

She also said that transition to new communities can be burdensome for students.

With more than 180 countries represented on campus, the difference between a student’s experience back home and in Canada can result in a greater feeling of disconnection. Cardenas described Canadian society to be “more individualistic than collectivist Latin American societies.”

“Coming from a Latin American society, this society was a complete contrast. It [feels easy] to get lost within [the] masses. Back home we’re more family-oriented and I feel everyone’s just doing their own thing here,” she continued.

Satyajit Bhattacharya, a first-year student from India, also highlighted the cultural differences between his hometown and Vancouver.

“[Some] things here are antithetic to what it is in Bombay,” Bhattacharya said. “Here, everything closes at 6 to 8 p.m. … which is very new to me. It’s almost like coming from a huge city to a village.”

While many students are looking for personal growth from a ‘university experience,’ Jenkins added that commitments put on students such academic workload can impede this transition process.

Drawing on her experience, Cardenas mentioned the “competitive spirit” among students can sometimes be detrimental, going further to say that competition can either incentivize us to work harder or make us doubt ourselves and our own capacities.

“I have come across many people who feel like this and feel as though they are placed aside from the rest when they are not competing as hard,” she said.

According to a 2019 report on community participation by the Vancouver Foundation, even though BC residents generally feel welcomed and want to make their community a better place to live, they face several barriers.

“Many people experience barriers such as work or school obligations, finances, and health issues that prevent them from doing more in their community but some barriers are experienced more than others depending on [a person’s] stage in life,” the report states.

“Lack of time is a common barrier to participation for all generations.” 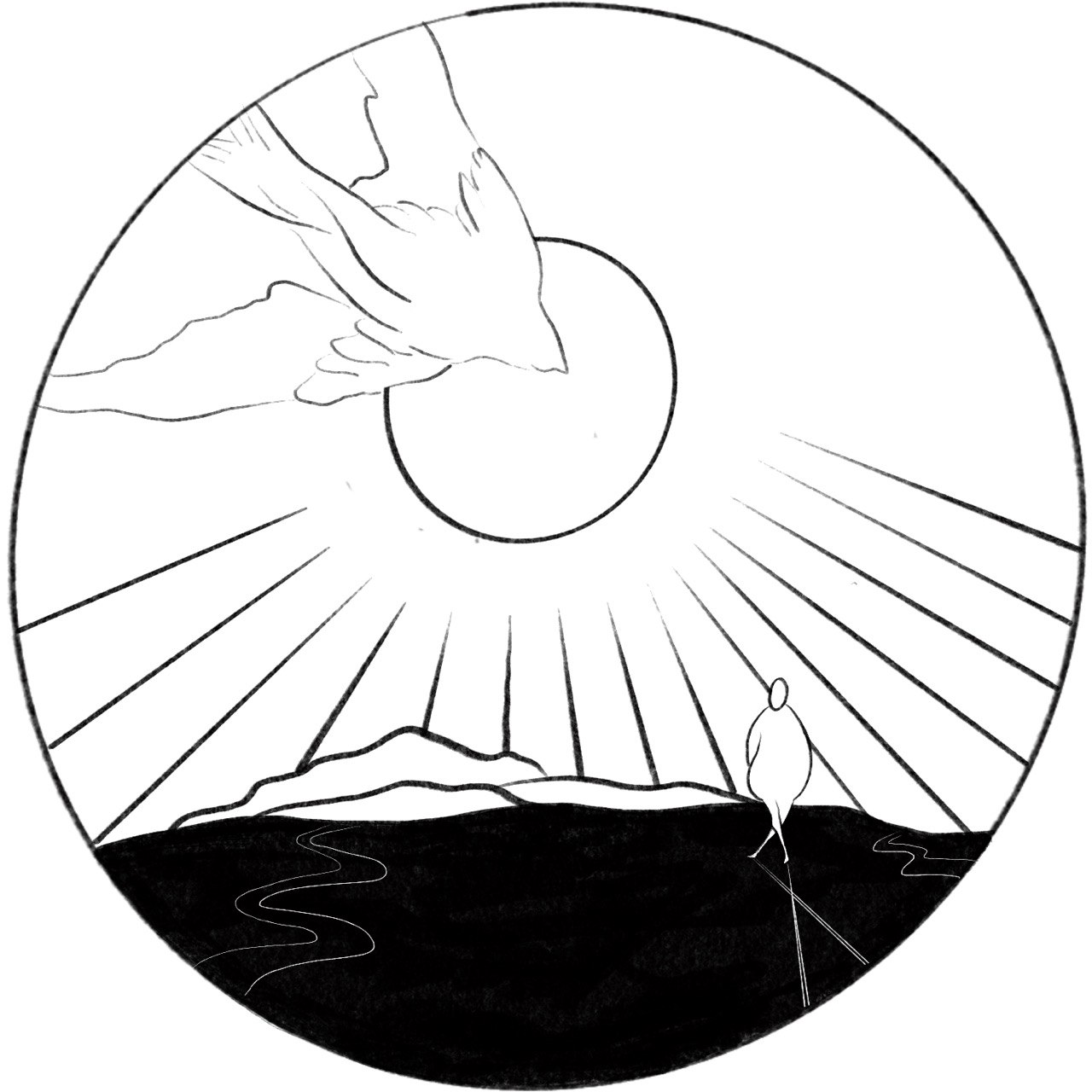 "People are systematically biased to see themselves as worse off than their peers." Rachel Cheang

“I think loneliness is a type of issue I think highlights the need for us to … [take a] mental health-promotion approach, which is a strengths-based approach,” Jenkins said. “It calls for approaches that work to build community and create opportunities for people to connect meaningfully.

“This means to move away from looking at mental health challenges in isolation and looking at the positive end of the spectrum and seeing the things we can do as communities to create healthier contexts or healthier conditions for people to be living in which is supportive of their mental health.”

Kim Kiloh, director of the Centre for Student Involvement and Careers at UBC, underlined the university’s approach to develop positive connections. “The fundamental approach in first year is to connect students in small communities — through orientations, Imagine [Day] and Jump Start — and also, importantly, through a continuing community in residence [and] Collegia.

She said most departments offer social and academic activities such as journal clubs and to help new graduate students form friendships.

She highlighted the resources available at UBC to support students. “When we [feel lonely] — there are people at UBC to turn to for help: Residence Advisors (RAs), Collegia Advisors, Speakeasy [and] Wellness Peers are some key peer-to-peer contacts.”

In a written response to The Ubyssey, AMS Speakeasy Coordinator Puneet Sidhu mentioned that the program’s peer support volunteers are trained to tackle such mental health challenges.

“The AMS understands that loneliness is a major factor to mental health issues, and at AMS Speakeasy Peer Support, we train our peer support volunteers to be equipped for supporting peers dealing with loneliness.

“Additionally, we do outreach events on a weekly basis to promote our service and let the UBC community know that we are available every weekday to support anyone dealing with loneliness, or any other issue,” Sidhu said.

Addressing the concerns of loneliness amongst international students, Kiloh pointed to the role of Jump Start in building community. As mentioned in an article published by The Ubyssey in October 2018, UBC sees Jump Start as a chance to change how it welcomes students to campus. The university found that those who attended Jump Start were, on average, more likely to graduate and had improved well-being, over those who did not.

Kiloh reinforced the importance of Jump Start, saying “Most first-year international students attend Jump Start. The first-year Collegia, in particular, have been designed to make it easier for first-year students who commute to get to know one another and access campus resources.”

Bhattacharya shared his difficulty in not being able to take advantage of residence life and Jump Start. “By the time I made my decision to come here, the residence deadline got over.

“When I arrived on the last day of Jump Start, I tried to introduce myself to everyone and I couldn’t feel any connection with anyone.”

Ravia Arora, on-campus project coordinator at Mental Health Network, said that even though UBC has great Orientation Leaders (OLs) and RAs, they can be given more intensive training on building rewarding bonds.

“Students tell me OLs who were supposed to stay in touch with them throughout the semester kind of sent one email and didn’t follow up much. I know they’re great RAs and OLs, UBC needs to [make] sure to [provide them] with mental health support training as well.”

Kiloh advised students to aid in building community by staying in touch with neighbours and being approachable. “Making eye contact, smiling, saying hello and asking others small questions about their day are all small actions that can help minimize the awkwardness of beginning friendships.”

A lot of people are available to help, but sometimes people just need to be reminded of that.

Oscar Yu, a second-year science student, added that most peers and faculty are actually more than willing to support each other.

“Whenever I might feel lonely, I know I have the students and faculty at UBC to support me and be there for me.”

“It’s less frightening and nerve-wracking, since you can think before you type,” Yu said. “Just make sure those online conversations turn into something.”

He encouraged people to join clubs to meet people with similar interests.“I have met some really awesome people in different clubs. And you could meet your next best friend,” Yu said.

“Other good practices include participating in a group activity … such as a fitness class or a student club meeting, reaching out to neighbour or classmate to see if someone might like to join you for a joint study session,” she said.

Arora also emphasized the importance of checking in with people around you. “While it’s obviously integral to check with those who are struggling, I think the way to avoid such situations is checking in with all your friends.

“A lot of people are available to help, but sometimes people just need to be reminded of that.”

Note: this article was researched and written prior to the COVID-19 outbreak in BC. If you or someone you know is suffering from an acute sense of loneliness, UBC has compiled a list of resources available during this trying time. You can access their list here.