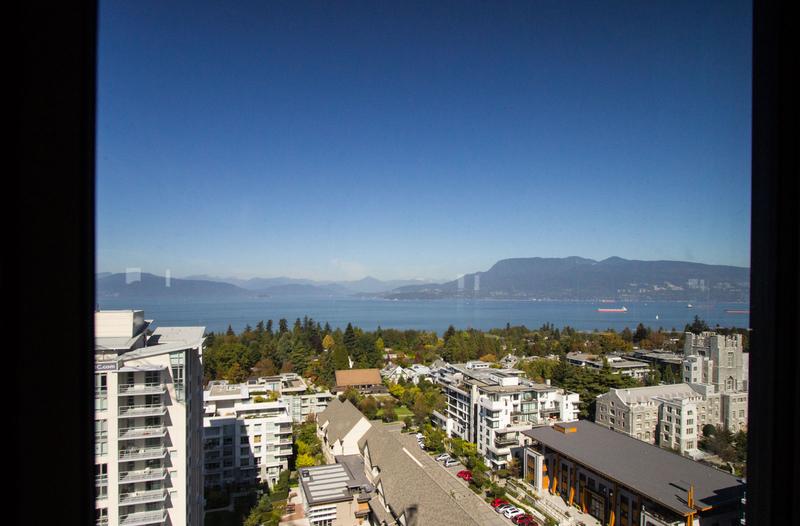 Brock Commons is being touted as a very environmentally friendly building. While it’s on track to be a LEED Gold Certified building (as are most UBC buildings nowadays), John Metras, the managing director of UBC Infrastructure Development, sees the wood building as going beyond just a certification.

While much of its environmental impact has yet to quantified, Brock is on track to be a very green building, at least compared to it’s cement and steel siblings.

“Massive timber is actually storing carbon in the building and that goes towards our goal in capturing the carbon,” said Frank Lam, senior chair professor of wood building design and construction in the faculty of forestry. Meanwhile, the production and construction of steel and concrete releases greenhouse gases.

Building Brock Commons from wood also allowed much of the material from the building to be locally sourced, cutting down the energy needed to transport material. The timber was cut down in BC forests, transported to the factory that produced the cross laminate timbers (CLTs) and glulam in Penticton, and then was driven straight onto the construction site. Less trucks driving less kilometres means less gas and less greenhouse gases.

The wood used in Brock Commons comes from sustainably managed BC forests.

“In Canada, we consider it a farm,” said Lam, explaining the concept behind sustainable forestry. The Crown owns forestry land and gives licenses to companies to harvest timber. The companies must maintain roads, stream and other natural features to do as little damage to the vegetation and wildlife as possible.

Trees are replanted soon after being cut down to restore the forest before it is harvested again. The practice boils down to one simple concept — don’t change the land or its purpose. Just like a farmer harvests their field every year, giving it time to rest and recover before replanting, sustainably managed forests allow the ecosystem to recover before they are harvested for more lumber.

The wood in Brock Commons is also helping sustainability in a surprising way — by helping to fight the mountain pine beetle.

The beetles, though native to BC, are among the largest forest insect blights ever in North America. Lam estimated that about 19 million hectares of forest in the interior have been attacked by the beetle. The beetles destroy the trees, leaving lots of dead trees that will either burn or decay if they aren’t harvested.

It is important to note that regions around North America without a beetle problem have also started developing mass timber industry but the beetles. Nonetheless, the little critters had a part to play in building Brock Commons.

In an email statement to The Ubyssey, UBC's Centre for Interactive Research of Sustainability is starting a research project that “compares Brock Commons with a similar concrete building, Ponderosa Commons, to understand the environmental impacts in greater detail, and what the overall benefits and trade-offs actually are.”

So just how green is Brock Commons? The numbers aren't in yet but very green is a good guess.