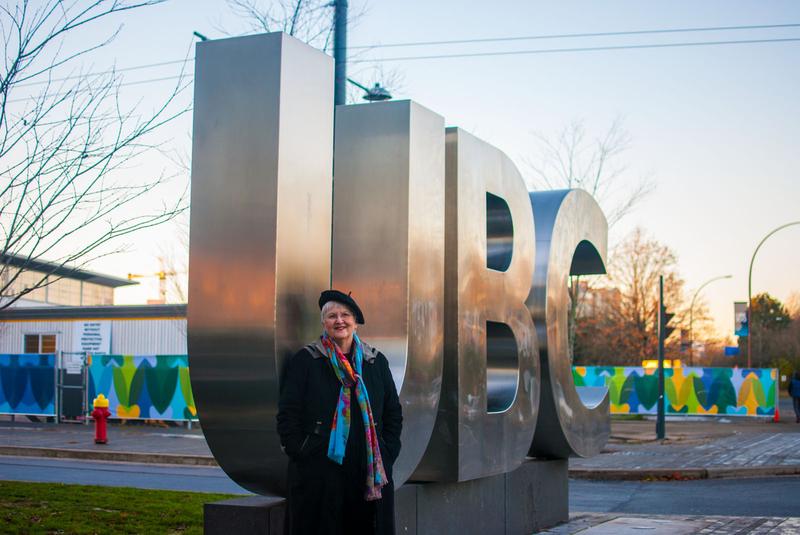 Educator, administrator and community leader, Daria Danylchuk mentors the youngest of UBC students as the co-founder and program coordinator at the University Transition Program.

In 1969, Danylchuk found herself at a crossroads. Having completed a Bachelor’s degree in honours English at the University of Saskatchewan, she became disconcerted with the prospect of graduate school.

“After I had been in university for five years, I said to myself, ‘There must be more to life than this,’ because I was always reading," she explained. "So I said to myself, ‘I need to get a job.’ At that time, you could get a [Bachelor’s] degree in education in just over a year — so I did that and I got started in my first job.”

Danylchuk began teaching at the high school level in Saskatoon and discovered a passion for gifted education. She often found herself wanting to teach material beyond the students’ academic grade level.

She decided to pursue a Master’s degree with a focus on gifted education at the University of Connecticut and later a Doctorate degree at the University of British Columbia. And thus began Danylchuk’s involvement with the Vancouver School Board as a District Teacher in Gifted Education.

“At first, the district didn’t have any [gifted] programs. There was no plan, no opportunities for really advanced stuff,” she said.

But with the addition of Danylchuk’s expertise, the school district created many new opportunities — such as multi-age clutter classes (MACC) — for students with unique talents and abilities.

Her work with the school district took a new direction when Danylchuk was alerted of two boys wanting to radically accelerate their education.

“One of the boys came to my attention at the age of 10,” explained Danylchuk. “He was really interested in Physics, but he was still in grade five. We had to work to create pathways for these two boys to find their way to an accelerated place. [That] boy graduated at the age of 13 and came to UBC where he was supported by the Associate Dean of Science. He’s now completed his MD and his PhD and gone on to do great things.”

Despite their success, Danylchuk was concerned about the boys who graduated without a high school cohort and entered university in their early teens. Danylchuk gained inspiration from the transition school at the University of Washington where a system was in place for early entrance to the university.

A committee of UBC professors, educators from the Vancouver School District and parent’s representatives therefore created a similar model at UBC.

The implementation of the model proved challenging. UBC’s own transition school was set to open in the September of 1993, but as of May, Danylchuk had yet to recruit students or secure funding. “I went out looking for possible students. We were interviewing into August,” she recalled.

Ultimately, the program began as planned.

“We started with seven kids [in] a [portable] at University Hill Secondary School,” said Danylchuk “It was a patchwork quilt of dropping kids into different classes [according to their level]. By the second year, we had 22 kids so it began to grow.”

However, Danylchuk knew that this was not a sustainable model and set out to expand it.

“It became clear that this program had a very specific goal. We wanted to have, for the students, an identity not as a high school student, but as a pre-university student,” she explained.

What was proposed was a move to the Point Grey campus itself. With this came a need for increased funding. Danylchuk applied for and gained Provincial Resource Program status, which provides designated funding for statistically rare student populations.

“This meant we could actually hire teachers for the program,” said Danylchuk. “By 1998, we were able to move out to the campus and had staff. That’s when the program began to shape itself.”

Today, the University Transition Program houses 40 students and is nestled between Koerner Library and West Mall.

The majority of students enter from grade seven. After two years of study, they complete the requirements of high school graduation. Students as young as 13 apply for university admission.

“In the program, work is the norm. There’s no running away, no easy way. It’s like tempering steel — you burn off the dross,” Danylchuk said.“[Program graduates] are remarkable young people that have emerged and are taking hold of their lives. They are disciplined and have overcome things like procrastination.”

Perhaps thanks to its rigor, the program’s graduates have exhibited academic success during their times at UBC and many have gone on to forge careers in fields such as medicine and finance. Standouts among recent graduates include Cheng Xie, who received the Schulich Leader Scholarship — an award for undergraduates in science, technology, engineering or math programs — at age 15, and Rex Chen, who published in the Harvard Journal of Emerging Investigators at age 14.

Danylchuk believes the program should be replicated by other leading institutions.

“[The Program is] reminding everybody that what we think are standards are maybe not quite as stuck in cement than we previously would have thought,” she said.

“Education is so important to many of the complex problems the world is facing. We should remember that youth is our greatest resource — every university should have an opportunity created for the very young, bright students.”