Dating apps as a brown woman 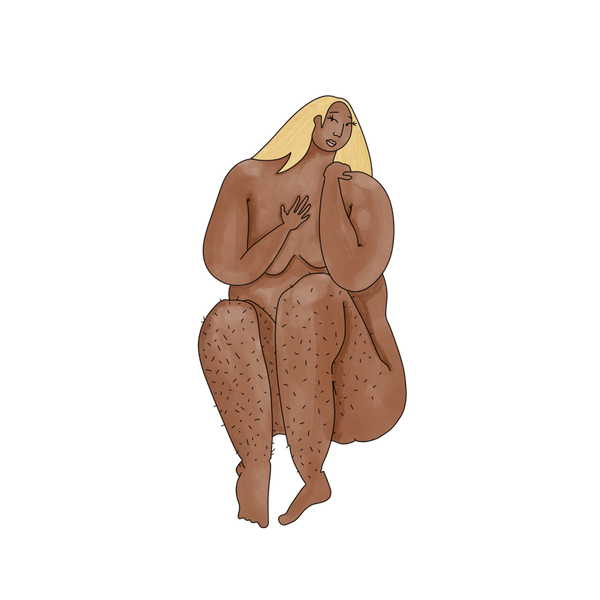 I had to push aside that small voice in my head meekly offering a pestering question: “But do you think he’d like brown girls?” Maya Rodrigo-Abdi

Dating apps have taken the world by storm, and telling your friends your Hinge date is coming over is a pretty normal romantic announcement as of late.

I, too, despite my best efforts, have succumbed to the dangerous wormhole that is online dating.

I made my very first Tinder account as a senior in high school to see what all the fuss was about. But as a result of being thoroughly disappointed with my prospects in Edmonton, I quickly deactivated my account.

Also, I saw too many guys from school. That was weird.

Upon arriving at university in a new city, however, I decided to give these notorious apps another go. I was hearing success stories from mutual friends and acquaintances, and a small part of me wondered if I could be the next gal to find her beau on the internet.

This was not true.

As I pondered over swiping left or right, I had to push aside that small voice in my head meekly offering a pestering question: “But do you think he’d like brown girls?”

Most women of colour will tell you how every time they start getting that gross feeling in their stomach, one of the first things that pops into our minds is the question: “But what if they don’t like (insert ethnicity)?”

In my opinion, it doesn’t matter if the person of interest is of your race or not. Preference is very prevalent in all ethnicities.

Dating as a brown woman is very different from dating as a non-brown woman. For one, I had to make sure none of my relatives could ever discover my presence on these apps. I can block them on Instagram, but Tinder, Bumble? Not so much.

So, let’s unpack that. First: let’s talk about their range of ethnic selections! We’ve got the classic options: “White/Caucasian,” “Black/African descent,” “Hispanic/Latino,” and just to throw you in a tizzy, “American Indian.”

Yep. You read that right.

Going beyond the fact that us minorities have been casually placed into these quaint little categories and pushing aside the creeping thoughts of a diabolical Pocahontas fantasy, it’s just … archaic and racist.

I understand, I have a brown mom. I know that oftentimes, bringing home a nonbrown person isn’t going to go well. I understand that sometimes it’s just easier to limit yourself to a race or ethnicity your parents would approve of. I get that particular reasoning behind wanting to use this feature. But when I first saw this feature, the only thing I could think of was how perfect an opportunity this was for weirdos on the internet to live out their ethnic fetishization.

One of my most-received lines on dating apps is the age-old question, “So… where are you really from?” While I think of myself as being very obviously South Asian, guys on the internet love to play the racial ambiguity game.

They have their hopes up that I might be something wild and exotic until I shut them down by telling them that I’m just an immigrant from Pakistan, before I feel their interest slowly fading away.

Cultural preferences are abundant and valid. I know my mom would find it easier to navigate a relationship with my in-laws if they were from a similar social and cultural group. It’s just a fact.

But let’s put aside our parents for a second and talk about what ‘racial preferences’ really are.

Personally, I’ve been told many times by an exasperated teenage boy that “brown girls just aren’t my type.” Now, let’s explore that sentiment. What about me is not their type, I wonder?

Here are some things that come to mind: “Maybe it’s my food? Does he not like the smell of curry? Maybe it’s my family. Is it because of my nose? Is my nose too big? Oh… what if it’s my skin? What if he doesn’t like the colour of my skin?”

Do you see the issue here? It always seems to boil down to our very features.

And that’s why “just having a preference” can sometimes be really dehumanizing. Here’s a preference: I prefer girls who are more athletic. Fair.

Here’s what a “racial preference” sounds like: No, I’m not racist. I just don’t want to date women with certain ethnic features and/or racial backgrounds.

Let’s reluctantly push that seemingly superficial statement aside and try to delve deeper. The question inevitably arises: why? And it almost always boils down to internalized racism or colourism of some sort.

Colourism is a phenomenon wherein certain skin shades are preferred or discriminated against, simply for their colour. For instance, in brown communities, potential spouses have been historically measured on how light they are, because lighter is always “better.”

I know it’s fucked up.

Believe me, the years of being told to scrub my face with Fair and Lovely whitening cream can attest to that.

And that’s the crux of the issue here. If more people asked why they just ‘prefer’ certain ethnicities or races over others, perhaps they would gain some insight on how their ‘preference’ might be a product of intrinsic bias.

And as a woman of colour in a diverse and globalized society, that’s kind of disheartening.

The fact that you prefer to date within certain groups of people isn’t really the issue here.

The issue is, why?