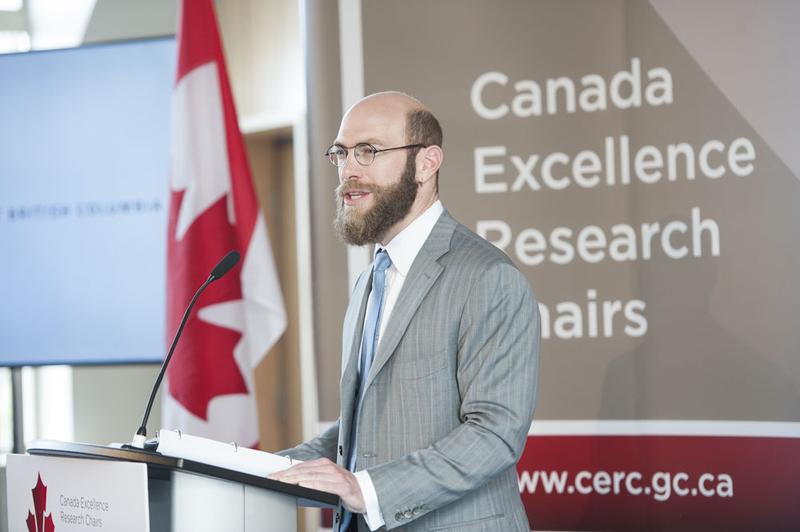 He dropped out of MIT as an undergrad — although he eventually returned and graduated with a degree in physics and math — secured a job using chocolate-covered strawberries, attempted to rally students into caring about the political affairs of Cambridge, Massachusetts, joined a start-up and became a millionaire for a while.

Snowberg went to MIT, intending to major in physics and economics. However, his roommate’s father — himself an MIT physics graduate — influenced him to focus solely on physics by sending articles about why economics was “b.s.”

“That, combined with a 9 a.m. class in the furthest building from where I lived in the middle of winter, convinced me to drop my economics major.”

While he was pursuing physics at MIT, a reception in Washington, DC — where Snowberg was working an internship — took him on a detour into politics.

And that’s how Snowberg ended up working for the Democratic party in Washington. When he returned to MIT, he wanted to get others student engaged in politics too.

“In Cambridge, there were about 10,000 people who cast votes in the city election and there were 60,000 students who were eligible to vote there. If the students voted, they would control the entire city apparatus,” he explained. When he couldn’t find a good candidate whom students would support, he ran for city council himself though he was ultimately not elected.

By then, Snowberg had become disenchanted with physics.

However, there was a “machismo” associated with being a physics major, the program with a reputation for being the toughest at MIT. “I didn’t want to drop it because I wanted to prove I could do that,” said Snowberg.

Then a single weekend threw a wrench in the works.

“What happened — my lab caught fire so I couldn't finish my thesis on time. I was waitlisted for the Marshall Scholarship — the scholarship to go to Oxford — but essentially ‘waitlisted’ means you’re waiting for somebody to die because nobody doesn’t take this scholarship. I slept through the LSAT because I thought it was on Sunday instead of Saturday and I slept in on Saturday,” recounted Snowberg.

He took a job at a start-up and soon after leaving it, Snowberg discovered an economics textbook on behavioural game theory which challenged misconceptions about economics.

“It basically solved all the things that my best friend’s father had been telling me was wrong with economics,” said Snowberg. The father’s criticisms had been that economists made wrong predictions by assuming people made rational decisions when, in fact, people are not rational. Behavioural game theory challenged the neoclassical model in economics, which assumed rationality.

Convinced that economics wasn’t actually the “b.s.” that his friend’s father had suggested, Snowberg went on to graduate school for economics. It’s all quite “normal” from there, he said.

“I felt like I was at a point in my career where I’d been at a big name institution and I’d established myself. I no longer had as much value on the name-brand value of what university I was at. I really cared about what the university did and how it treated people and the role it served in the community. . . . UBC has a reputation for doing a really great job of serving the public. That was attractive to me."

One of his recent papers, “Overconfidence in Political Behaviour,” used both theoretical methods and data to show that overconfidence in politics can predict ideological extremism as well as voter turnout — a relevant study in light of the rise of Donald Trump down south.

“Out of all of my friends who have threatened to move to Canada, I'm the one who is actually acting on it,” said Snowberg on the relation of his study to the Trump phenomenon.

He was sparing with his commentary on UBC’s governance turmoil when asked how he felt about joining UBC at the tense aftermath of former UBC President Arvind Gupta's departure and board member resignations.

“It doesn’t feel very tense to me. I’ve been on campus a handful of times and heard probably the same rumours you guys have. I heard about them because you guys were spreading them,” he said. “I think UBC is a robust institution. So there’s been some issues at the very top in the leadership, but I don’t think that it’s going to significantly damage the institution in the long run.”

UBC will receive $10 million from the federal government over seven years to fund Snowberg and his research team. But his decision to leave the California Institute of Technology — currently ranked fifth in QS World University Rankings — was not entirely based on the opportunity granted by the Canadian government’s money.

“I felt like I was at a point in my career where I’d been at a big name institution and I’d established myself. I no longer had as much value on the name-brand value of what university I was at. I really cared about what the university did and how it treated people and the role it served in the community,” explained Snowberg. “Caltech does a lot of incredible research, but an academic outlook is about more than just the research. It’s about the role that you play in people’s education and the community. UBC has a reputation for doing a really great job of serving the public. That was attractive to me.”

Along with Snowberg’s arrival, a new Centre for Innovative Data in Economics will open at UBC, where he will be developing innovative ways to interpret and use data.

“We know there’s a lot of new types of data that exist and a lot of new ways they could be used,” said Snowberg, pointing to the emergence Twitter data and NEO satellite imaging. Researchers are still trying to understand the potential of such data sources. “I want to give researchers who are affiliated with the centre the flexibility to, if they have an idea, get it done quickly and see if there's value in it.”

Snowberg also hopes to drive more interdisciplinary research. As for how students can get involved, he said his ideal research assistants are people who have recently finished their undergraduate degree and have time and an open mind toward new avenues for research. He’s open to hiring undergraduates over the summer when they aren’t preoccupied with their studies. “They can email me and tell me what they're interested in,” he said.

Correction: A previous version of this article said that Snowberg "successfully ran for city council." While Snowberg did run for council, he was ultimately not elected. The Ubyssey regrets this error.