Black At UBC, Online: Finding Community Where I Am 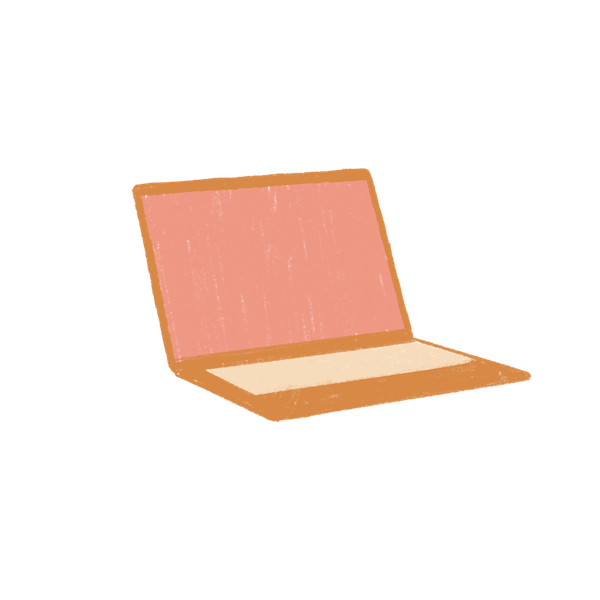 Fellow Black students can say ‘Yes, I know!’ instead of ‘Oh, I don’t really understand.’ This is an invaluable validation of all that so often goes unaddressed. Lua Presidio

In my experience, being Black at UBC (even online) has been characterized by a number of textbook interactions. In my first year, living on campus, I encountered these scenarios and clichéd characters for the first time; as I met them one by one, I became acquainted with the ways people will behave around you simply in response to being Black.

On move-in day, I walked to my dorm room at the end of the hall passing all the open doors on the way, seeing my new neighbours unpack. Predictably, none of the people that I saw in that moment resembled me. When I got to the bathroom, I winced, becoming aware of the perhaps silly, but genuine concern: ‘Shit, if I leave any hair in those showers it obviously won’t be any secret who it came from.’

The rest of my first week was no different. I scanned the dining hall during every meal. I peered into the tiny windows of lecture hall doors as I waited in Buchanan corridors for my own classes to begin. I surveyed the jam-packed commons block. All in search of any other Black folks, often to no avail.

Although I have experienced a slew of negative, or at the very least, uncomfortable interactions, it’s the positive, instinctual and naturally close bonds with other Black students at UBC that grant me comfort and maintain my sanity. Especially amidst the depths of what I and many of those around me have perceived as UBC’s fake inclusive, microaggressive and apathetic nature.

I’ve always found it astonishing that every step taken, move made and hand shaken in the orientation period of first year somewhat determines the makeup of your university social circles going forward. By a pinch of coincidence and a dash of tough luck, I ended up in a network of friends in which I was one of the only Black people. It was these people who surrounded me through the pandemic summer and into our online learning second year.

The frailty of those circumstantial connections became viscerally clear during the surreal transition period of first year’s end into summer. As fear settled in, people hopped on flights and we all got very well acquainted with Collaborate Ultra from home. It all unfolded rapidly like a ridiculously bad sci-fi coming of age flick. The strangest part of that time in mid-March was the unexacting unravelling of many of those relationships that happened the moment we all parted ways. Ultimately, many bonds depersonalized into vapidity or nonexistence. Of those that persisted though, interactions and encounters within the digital realm mirrored the ones of on-campus first year, to an extent.

Being Black at UBC has conditioned me to keep a thick skin and downplay the microaggressions, inequities and ignorance in an effort to get by. After all, who around me could ever corroborate these issues when it flies over their heads by nature? The divergence of perceptual sets has always been unmistakable.

This was most definitely the case during in-person classes.

However, when June came around, as we all know, Black voices online got louder. For me and so many others, vocalizing was one of the only ways to get through it all without bursting at the seams. As the social climate intensified and the online activism scene was plagued with aggravating performativity, I found that connecting online with other Black UBC students kept me grounded through the BS inflamed by oppressive institutions.

Eco-fascist, sustainability-minded students who adopt activism as a hobby, or new and disposable personality trait. Students who advertise and benefit from their connections to 100 year old oppressive social institutions. Alt arts kids who think having “ACAB” in their Instagram bio makes them saviours. Every non-Black student who is more comfortable avoiding conflict than holding their racist peers accountable. These are just a few of the characters who may pop up in the plotline of a Black student at UBC, even online.

The perpetual letdown of being surrounded by those archetypes of people left me feeling incredibly isolated. As a natural response, I sought reassurance from my Black peers via social media because I knew that they could substantiate my aggravations.

Fellow Black students can say ‘Yes, I know!’ instead of ‘Oh, I don’t really understand.’ This is an invaluable validation of all that so often goes unaddressed. Taking these relationships, which I for so long lacked, with me into online school was incredibly healing and unmistakably necessary. COVID-19 makes it hard to connect as it is, and I am extremely grateful that I have a handful of people who, even at an arm’s length, can be looked to as a reminder of belonging and community.

It’s as simple as sharing one another’s frustrations, or even texting at 3 a.m. for picture updates on the DIY butterfly locs that have taken far too long to finish. It’s replying to Instagram stories and earnestly thanking them for also speaking out and mutually standing ground. It is also seeing their face in the cameras on Zoom during class for the first time and thinking, ‘Thank God, someone else that can call out this old white prof’ when the need arises.

UBC is a predominantly white institution on stolen land. It masquerades as though it is impeccably socially conscious but ignorance lives here (wherever ‘here’ is for any of us at the moment.) However, alongside it lives perseverance, excellence and community and being Black at UBC means tapping into all three. No matter where we are.