Fit to be tied: my flirtation with the world of kink 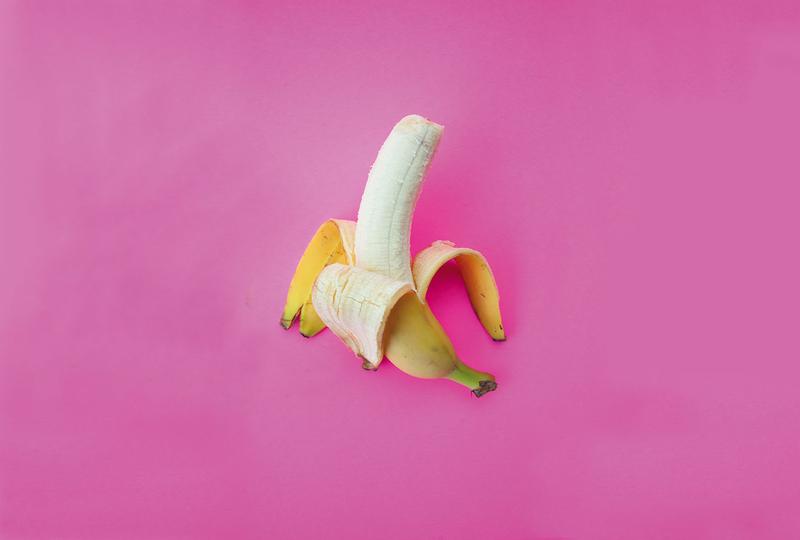 “I don’t think this is the right place.”

I’m standing outside the Sapperton Pensioner’s Hall with my friend Andy. I’d ridden the bus for an hour to get to this weirdly-silent-on-a-Saturday-night kind of suburban neighbourhood. There is no way this is The Place. I was expecting a non-descript building with shady windows or a house party with elegant classical music playing to mask the sounds of leather hitting skin — not a retiree-aged woman smoking a cigarette on the front porch of a pensioner’s hall.

“Yeah,” he replies, and I notice that the flowy, sequined blouse over her black slacks is sheer, revealing a lacy black bra beneath.

Maybe this is the right place after all.

The kink community is something I’ve been aware of, but not really paid attention to since moving to Vancouver — like the body heat of the stranger sitting next to you on the bus. Except if your friends kept inviting you to things that the bus stranger would definitely be attending. And eventually you felt like you should probably talk to them at some point.

From what I already knew about kink, I expected to be surrounded by the kind of people who got pleasure out of pain — their own or others’, physical or otherwise. I also expected my environment to be consent-heavy and accepting: a place where events that would distract from a normal party — say, somebody stripping to their skivvies and getting smacked around for a bit — were not only commonplace, but encouraged.

We enter, immediately greeted by the muffled beats of edgy pop music thumping out from somewhere inside. I’m 13 again, about to attend my first school dance. My goal tonight isn’t to become homecoming queen, so much as it is to not spill punch on myself — for one thing, this garter belt is a loan from a friend.

The ballroom inside is sectioned off into a socializing area and a play area. Almost all the attendees I could see were middle-aged, overweight or both — average people now changed out of their business-casual or boardroom-acceptable wrinkle-free slacks from earlier in the day and busting out their collars and harnesses.

At the back of the room, six or seven people are all bent over and getting spanked in a variety of places by a variety of people. The sounds of leather hitting skin are audible from the entrance. One of the spankers flogs in time to the music and I wondered vaguely if her partner notices or if they are too caught up in adrenaline and endorphins to register.

This is all I have time to take in before somebody starts trying to sell me handmade paddles. “I’m a woodworker by trade,” he says proudly, and it shows. I spend a minute expressing appreciation of his craftsmanship and safely escape without buying anything, grateful that I’m not too overwhelmed by my surroundings to lose my functionality.

Before I can turn my attention back to the floor, a potbellied man in his fifties trots up to me with his hands bent into paws in front of his chest and wiggles happily at me, making the fox tail clipped to the back of his trousers sway from side to side. I nod politely, he moves on and I suddenly feel like Alice in Wonderland — surrounded by the bizarre, but not threatened.

I turn my attention back out to the play area. Stations have been set up around it for people to pick and choose as they please. Closer to me, there are rigging setups — structures for people to be suspended from, by rope, like flies caught in a spiderweb.

Andy rejoins me with his friend Bev. Her life story, which she relates to me, is occasionally interrupted by yelps as Andy bites her, playfully and painfully, not to mention the occasional ecstatic scream of pain from the floor across the tables. From her seat on his lap, she tells me about the Bible college she went to where she met her husband. In a green corset and fishnets, she gestures below her knees to where their hemlines had to reach when seated and necklines couldn’t be more than three fingers below the collarbone. Men and women sat on opposite sides of the room unless they were engaged and then they could only sit next to each other.

She laughs at this. “I used to be the minister preaching on the corner,” she says. And now here she is. Andy and she are play partners, but not romantically involved or dating, and both of them have other partners and relationships with varying degrees of intensity. Non-monogamy is fairly commonplace here, along with relationship dynamics you can’t expect to be addressed in next month’s issue of Cosmo — “Top 10 Ways to Make Your Daddy Happy,” anyone? What about “How to Keep Your Slave from Topping from the Bottom”?

Andy is more dominant and gets a kick out of consensually controlling people, pushing them around a little, inflicting some pain. Bev, on the other hand, is more submissive — she wants to be on the receiving end of the control. But they both agree on one very important thing.

“Kink is about acceptance,” Andy says, and Bev nods enthusiastically.

I can see what they mean. I am surrounded by every body type imaginable, from model-slim to overweight, young and spry in ripped tights to corset in a walker. Sexualities are not visible, but both Andy and Bev are pansexual and assure me that heteronormativity— while still present — is significantly less present here than elsewhere and all genders are spoken for. It is far from unusual at these events to ask straight-up about sexuality instead of the usual guessing games, and rejection is respected.

When we get bored of watching the festivities on the floor before us, the three of us retired to the aftercare room. People who have just been tied up, beaten up or roughed up can come, cuddle and eat sweets until they feel human again. The rush of adrenaline and endorphins requires a certain amount of come-down and recalibration time. To keep people safe and cared for, rooms like this are commonplace. Cuddling is standard and we all take to it enthusiastically.

Even though none of us have been beaten or pleasurably degraded that day, we all benefit from the close, human contact and the knowledge that we are in uniquely judgement-free environment. At a quarter ’till midnight, my carriage turns into a pumpkin and I trade in my garter belt for leggings again. Sitting on the Skytrain with mussed hair, I’m glad I managed to at least shake hands with the stranger on the bus.

Note: The names of the people who appear in this story have been changed to protect their privacy.