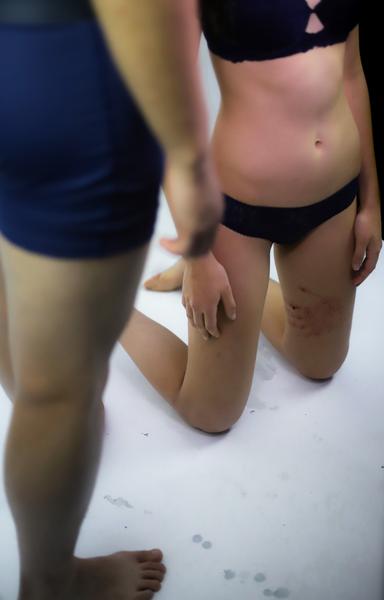 I was in sixth grade when I realized I was a masochist. Elizabeth Wang

I was in sixth grade when I realized I was a masochist.

Is that enough of a buzzword for you? Masochist. I like the way the word buzzes on the roof of my mouth, which I’m pretty sure isn’t what makes a word a buzzword, but it certainly doesn’t hurt. Masochist. I like how the last syllable phonetically alludes to lips having been pressed against mine. Chist, kissed. Alludes to lips that no longer touch mine. Chist, kissed. How there is a story told in past tense, all in one syllable — of a kiss that happened.

I was in sixth grade when I realized that I thought there was something beautiful about pain, and I hated myself for that. It is kind of a fucked up thing for a 12 year-old to feel. And how was a little elementary school kid a masochist? Well, I fell in love. But not in the cute way like that one kid in Love, Actually, but in a my-whole-sense-of-self-image-is-wrapped-up-in-this-One-Person sort of way. I didn’t just fall in love, but threw myself headfirst into an abyss that I am still clawing my way out of.

I won’t tell you his name because his Instagram profile is a little too public. Let’s call him Marcus. He was the sort of cute that all your middle school crushes were. Big curly black hair, penny eyes, the sort of nose that walked into a room first. He was tall for his age and hunched from all the books he read. We read.

That was why I was in love with him. We would spend our recess sprawled out in the field around whatever books we had checked out of the library that week. The grass snuck through the creased lines of our t-shirts and jeans, the sun illuminating the smattering of freckles across his cheeks like an endless mirage of glitter. The air smelled like rubber balls and freshly mowed grass clippings and whatever cheap deodorant this boy had probably just started using. He would read me lines from his books and I would read him lines in a funny voice, mimicking the funny feeling in my stomach. He would laugh and that something in my stomach would laugh, too. It hurt and I liked it. Really, I liked him.

One spring, Marcus and I were ripping through an endless series of vampire books. One book melted in the next, and Marcus and I found ourselves enthralled in novel after novel of the same series. Then, one night, we both read That One Chapter, and Marcus and I did not speak for three days. Then, we started on the next chapter, as if the last one had gone amiss. Lost in space and time, each word like a spattering of dust into the wind. Really, it was stardust. It was glitter.

It was near the end of sixth grade. We had both grown a little taller, started using deodorant more regularly and saw some of our classmates change their relationship status on Facebook. Our cheeks would grow hot when people mentioned our names together. I was moving away and although Marcus and I promised to write every day, we knew we never would. Time was quickly diminishing.

“You want to what?” I asked, pretending that I hadn’t noticed that his basketball shorts had ridden up, exposing the muscle of his thigh and the bottom lining of his boxers.

Kids fled past us, ants escaping a quick-stepping foot at a picnic. But we sat there.

“Did you ever read That One Chapter?” Marcus whispered abruptly.

“I know what chapter,” I replied. I felt breathless and that something in my stomach was laughing and I was laughing. I felt as if—

I could imagine his breath, on my skin. His freckled nose nudged up against the crook of my shoulder. I could see my classmates, starting to disappear into the school building. Deserting the scene to create this private little moment just for us.

He smiled that sort of smile that he always did when we finished a book together. “Cam, I—”

“Marcus! Camille! You guys are late for class!”

Our recess patrol, collecting left-behind baseball gloves and GAP sweaters, was a mere dot growing larger as she approached the field from the school. She waved her hands urgently, inducing us back in. Time was up.

“Camille,” Marcus said, crouching on the grass to pick up his few items.

“I, um…” His cheeks were red. “I really wanted to enjoy That One Chapter with you.”

Then he walked out of the field and out of my life. I want to say it was cool, like a cowboy wandering off into the dessert in promise of another adventure — but really it was because I saw Marcus with a giant boner and I’m pretty sure he couldn’t look me in the eye after that.

I swiped open my phone, not evening pretending to pay attention to the movie before me. The luminescent screen lit up my face like a spotlight on stage.

I opened the profile, a much too public profile. In the first picture, I saw a boy. No, a man. He had trimmed black hair, curling at the ends, with eyes as dark as the shadows I sat in. There was a dark spattering on his cheeks, as if shadows had blended into his cheekbones. Like dirt. He wore white bed sheets twisted up around his body. He had bulked up. Some wannabe Greek god.

“Babe?” Boy Number Eight peered over my shoulder. His breath smelt like Pabst Blue Ribbon. “Who is that?”

Boy Number Eight kissed me then in the sort of way that made that something in my stomach laugh or cry or sneeze or whatever the fuck it did those days. And the air felt like liquid or maybe I felt like gas, melting into the dust spiralling through the dark room. Like glitter in a sunshine-drenched field somewhere.

“Want to try something weird?” I murmured.

“What are you thinking?”

I nipped Boy Number Eight's neck, gently. “I used to like these vampire novels…”

“Are you a dirty little vampire?” he mused in a breathy voice, stating perhaps the oddest out-of-context — and even still within context — dirty line ever spoken.

But our weird foray into some light, childhood-inspired vampire roleplay quickly escalated:

I don’t remember which came first. I just remember the air melting around my face, the slam against my cheek. I remember Boy Number Eight’s startled face, gaping at his fisted hand in disbelief.

“Ooh. Fuck. I’m so sorry. That wasn’t even like… a sexy little accident. I was just moving and I accidentally punched you—”

“… I’m going to get you some toilet paper,” Boy Number Eight said. He hopped off the bed, disappearing from the room.

I grabbed my phone, waiting.

I opened the photo. It was from years and years ago. It was a heavily-filtered picture of the front cover of a book he and I had read together, signed by the author. It wasn’t a vampire book, but an adventure one.

A drop of blood fell from my chin onto my bare stomach. Under the digital glow of my phone, it glittered. 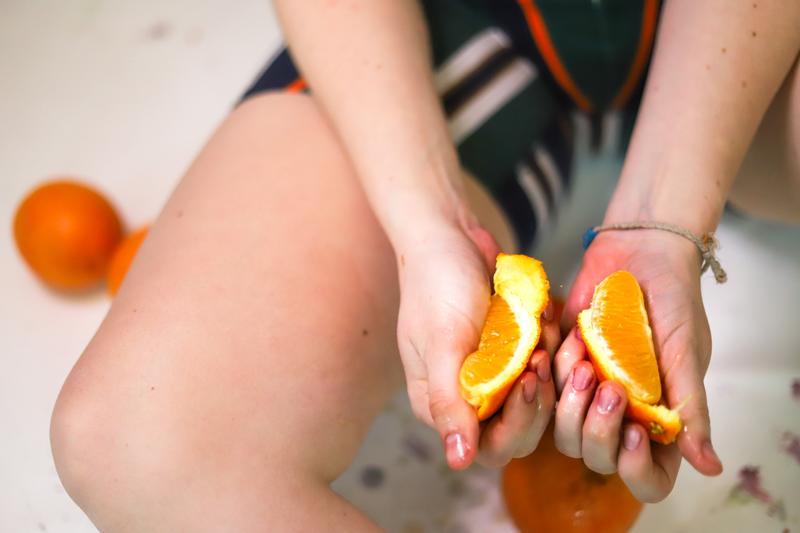 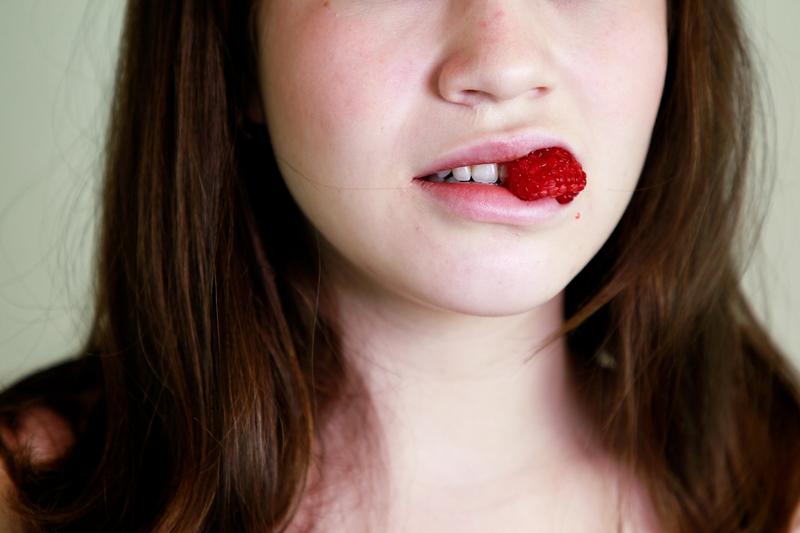 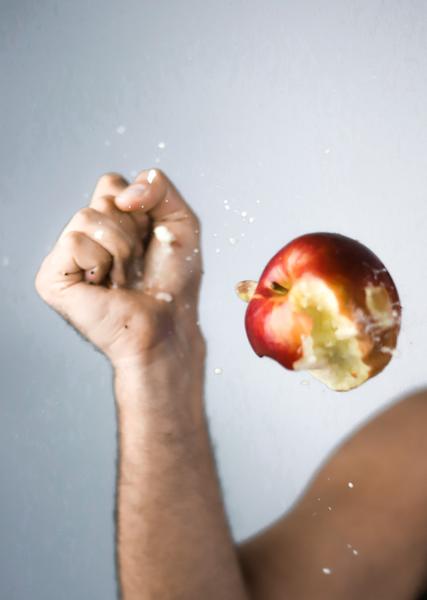