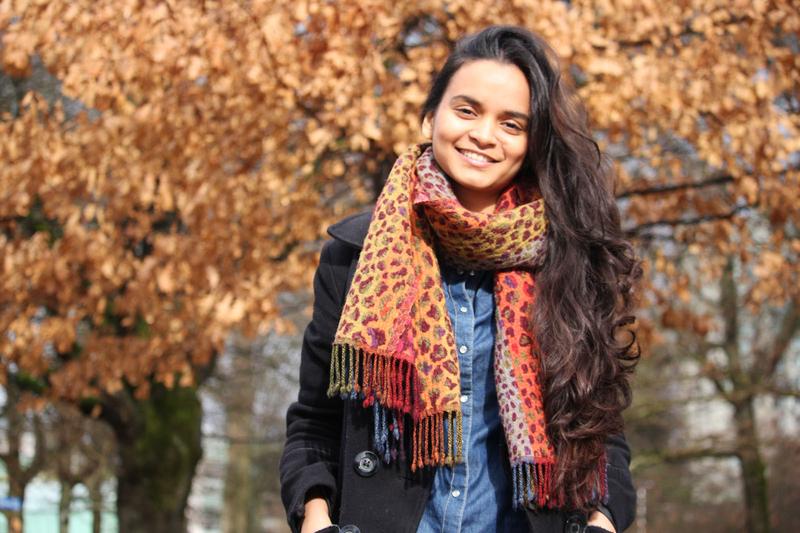 When they arrived in Vancouver from Mumbai, Gunjan Mhapankar — 15 at the time — and her family came face to face with the lack of social support for immigrant groups in the city. Now a fourth-year microbiology and immunology student, Mhapankar devotes herself to bringing about social change to support vulnerable groups in Vancouver that are disconnected from community support.

“When I moved here from Mumbai, what struck me the most was not the cultural shock, but just the lack of social support,” recalled Mhapankar. “There’s a social network that you rely on and that you take for granted when you have it. So when you’re taken away from that and you’re put in a completely different city, it really makes you think about the importance of them and the role they play.”

This new perspective, alongside Vancouver’s stark economic inequality, motivated Mhapankar to become involved in community service. Her most recent venture — a digital storytelling project showcasing the essential community services offered by various local non-profit organizations — has received international recognition. Mhapankar is one of only two Canadians awarded the 2016 Queen's Young Leaders Award, which celebrates exceptional people aged 18-29 from across commonwealth countries who are taking the lead in their communities and using their skills to transform lives.

The digital storytelling project began with Mhapankar’s involvement in a reading break project with the non-profit organization BC211, which provides people with information and referral to community, government and social services in BC.

“I started working with [BC211] for a small, three-day youth engagement project in which we were just going out and interviewing youth, especially youth who were underprivileged and multi-barrier — struggling with issues like addiction or homelessness — and asking them what they need to feel helped,” said Mhapankar.

Mhapankar acknowledged that while services are often made specifically for youths, decisions about them tend to occur without the youths’ involvement. With this in mind, Mhapankar and her team of 10 UBC students sought to go out into the community to find out how young people really wanted to be helped.

Along with her team, Mhapankar went to five organizations — including the Kelty Mental Health Resource Centre — and spoke to young people struggling with illnesses such as anorexia. They interviewed and filmed 10 people over the course of the three-day project. Having identified an existing need in the community to generate awareness and digital marketing content about social services in BC for youth, Gunjan decided that she was not ready to close the page on the video project.

“It was such a great project that I wanted to take it a bit further. I went to BC211 and I proposed that we expand the scope of the project,” said Mhapankar. “We applied for the Chapman Innovation grant, a grant up to $10,000 given to UBC students who want to do a project in the community.”

In partnership with BC211 and with the Chapman Innovation grant funding, Mhapankar interviewed members of nine different local organizations performing essential work in the community, including QMUNITY, Richmond Youth Service Agency, Seniors Come Share Society, Big Brothers and Big Sisters, and Positive Living BC, among others. Many of these non-profit organizations lack funding for outreach and awareness building, especially via newer avenues of digital outreach. Mhapankar’s videos offered a new venue to highlight the important work they were doing to support the local community.

“Despite not coming from a film making background, the digital storytelling project and the small pilot project during reading week really opened up the gate to using digital video content as a way to empower social change,” said Mhapankar. “Having created these videos, I think that social media and digital media can service as a really powerful catalyst for social change, but if it is channeled in the right direction.”

As part of the Queen’s Young Leaders Award package, Mhapankar will go to London for a one-week residential program in June. There, she will receive the award from the Queen herself in Buckingham Palace. In addition, Mhapankar will have the opportunity to network with a cohort of 60 other award-winners from around the world and meet global leaders and heads of social enterprises. There is also a training component in the form of an online training course, provided by the University of Cambridge, focused on fostering leadership and personal development.

“It's really quite humbling. I think this program is going to give me the opportunity to take this work that I have been doing with the community further and also allow me to gain access to resources that I can connect people to,” explained Mhapankar. “If it was just a piece of paper, it would have been so much less valuable than the rich experience that we are gaining right now.”